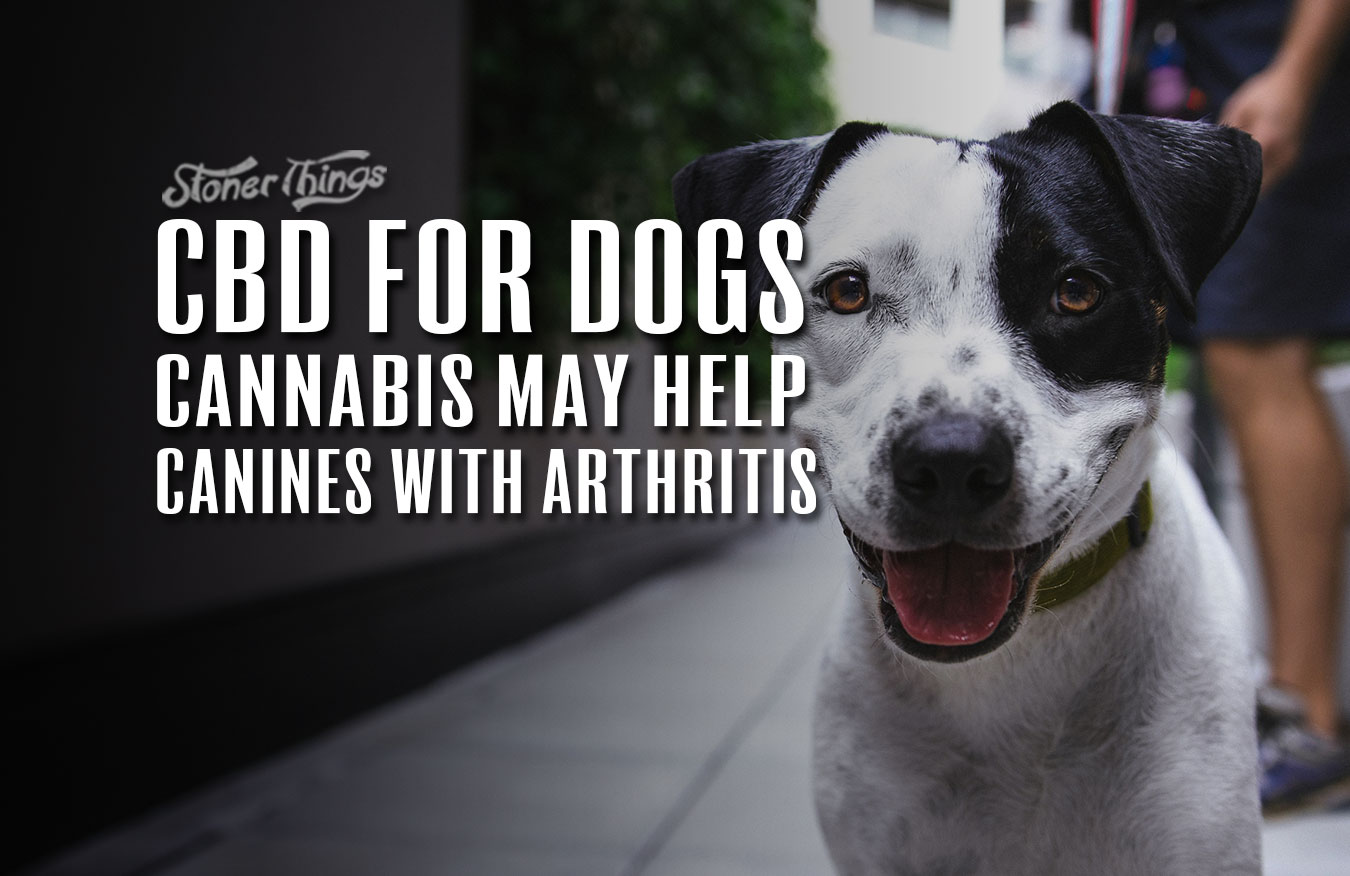 Animal testing has long been controversial, not just because of the harm it can do to animals but because the science is questionable. After all, humans and other animals are different species — what works for one isn’t necessarily going to work for the other. In a twist, it seems humans may have clued in researchers to the benefit of cannabis for dogs. In this case, humans were the guinea pigs, not actual guinea pigs (or dogs). Since humans find arthritis relief with cannabis, researchers wanted to know if CBD could help dogs, too.

It’s no surprise to dog owners that dogs can get less able to play as they age due to a variety of factors, but osteoarthritis can develop just a year after birth and progressively get worse as a dog ages. Forbes reports that there’s research showing canine cannabis use could help with the symptoms of osteoarthritis.

Noting that this doesn’t cure the condition, which involves a loss of mobility and pain due to inflamed tissues around bone joints, researchers did see a positive impact from CBD use in dogs who suffered from osteoarthritis. In fact, a doctor involved in the study said he was surprised by the results.

It seems that CBD helps dogs with the stiffness and pain associated with osteoarthritis, but it can take higher doses for the effect to make a significant impact in behavior. Really, behavior is all we have to measure the results of these studies with. Dogs can’t tell us they’re feeling certain levels of pain, but their willingness and ability to play is a key indicator of how much or little pain they’re feeling.

Researchers designed the study using a group taking placebo, and groups taking low and high doses of CBD. It appears the high-dose CBD group fared better by far, with dogs reportedly appearing happier and more active than before. Even better, the positive outcomes lasted beyond the initial dose, sometimes weeks later. This improvement in quality of life bodes well for further study.

After all, the critics of animal testing point out how our different systems interact with our brains, and how even “close” relatives like primates may see wildly divergent outcomes when certain chemicals or compounds are tested. The endocannabinoid system is intricate enough to where we’re still learning about it and how it responds to various types of cannabis — it only stands to reason that we have a long way to go to understand how it works on other animals, too.

Meanwhile, expect this news to be happy not only for dog parents, but for marketers looking to promote CBD products. The study was funded by a company who makes just such products, but that’s not unusual in pharmaceutical studies overall. In the end, if it means healthier and happier dogs, it’ll be worth it. It’s great to see cannabis is a useful substance for humans and their best friends, really.