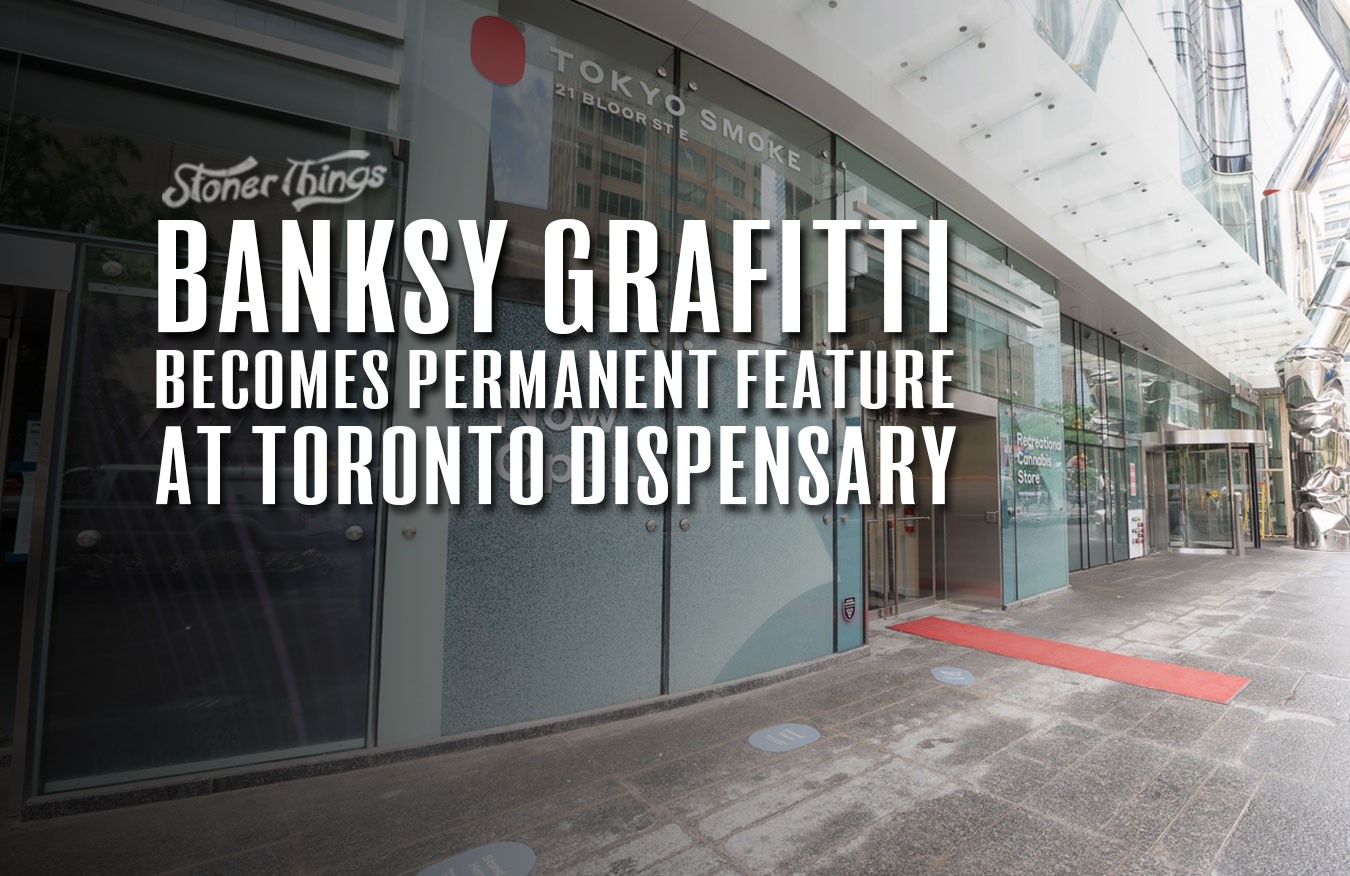 Banksy is renowned for ephemeral artwork, whether it’s graffiti, street installations, or self-destructing art pieces that trigger upon sale. That’s not to say people don’t own some of the artist’s work, but those are hard to come by despite his prolific nature. Bear in mind, we still don’t really know who Banksy is, as he usually only reveals his work through social media after it is complete. Now some lucky Toronto weed customers will get to enjoy a permanent exhibit by Banksy — not only of his work, but several other modern artists including Andy Warhol and Kaws.

Of course, Banksy has a history of being pro-pot, including artwork that was “inspired” by hash resin. His piece “Rage Flower Thrower” is available online, but instead of a bouquet of flowers where a Molotov cocktail would be, it’s marketed as “Weed Thrower.” There’s no question that Banksy’s entire vibe of anti-establishment is meant to mock ridiculous laws like cannabis prohibition anyway, so there’s no surprise in hearing a dispensary is putting some of his artwork up.

The Toronto shop in question is owned by Rob Heydon, who is actually pulling the Banksy works out of his personal collection, along with the Warhol and many others. He tells NewsFile, “In these strange times, it felt fitting to allow customers to browse, shop and learn about cannabis while enjoying some art while waiting patiently as we practise social distancing.”

The store, Tokyo Smoke, will definitely be practicing safe, hygienic practices to ensure the safety of its customers. Heydon detailed the steps the store will take to ensure safety in the age of COVID-19, like plexiglass windows at cash registers. And budtenders will be on hand to help customers navigate the options, which are delineated by five categories like relaxing, resting, or having fun.

It’s pretty cool that customers at Tokyo Smoke will get to experience all of this artwork without having to stumble upon it in the wild, which is common for Banksy. The artist, who some think may actually be two people, won an Academy Award for the documentary Exit Through the Gift Shop back in 2010. His work always has a political bent, like the 2003 piece, “Crimewatch UK Has Ruined the Countryside For All of Us,” which was illicitly hung in the British National Gallery next to a pastoral scene. Banksy has said that the painting was inspired by a hash session, which again illustrates the artist has a penchant for weed.

Dispensaries are likely to look at this art installation and consider ways in which they can get foot traffic in their stores, especially in Canada where national legalization has created a more competitive market. Although the pandemic has slowed foot traffic, it’s still possible to go to stores and shop. Tokyo Smoke is counting on it.