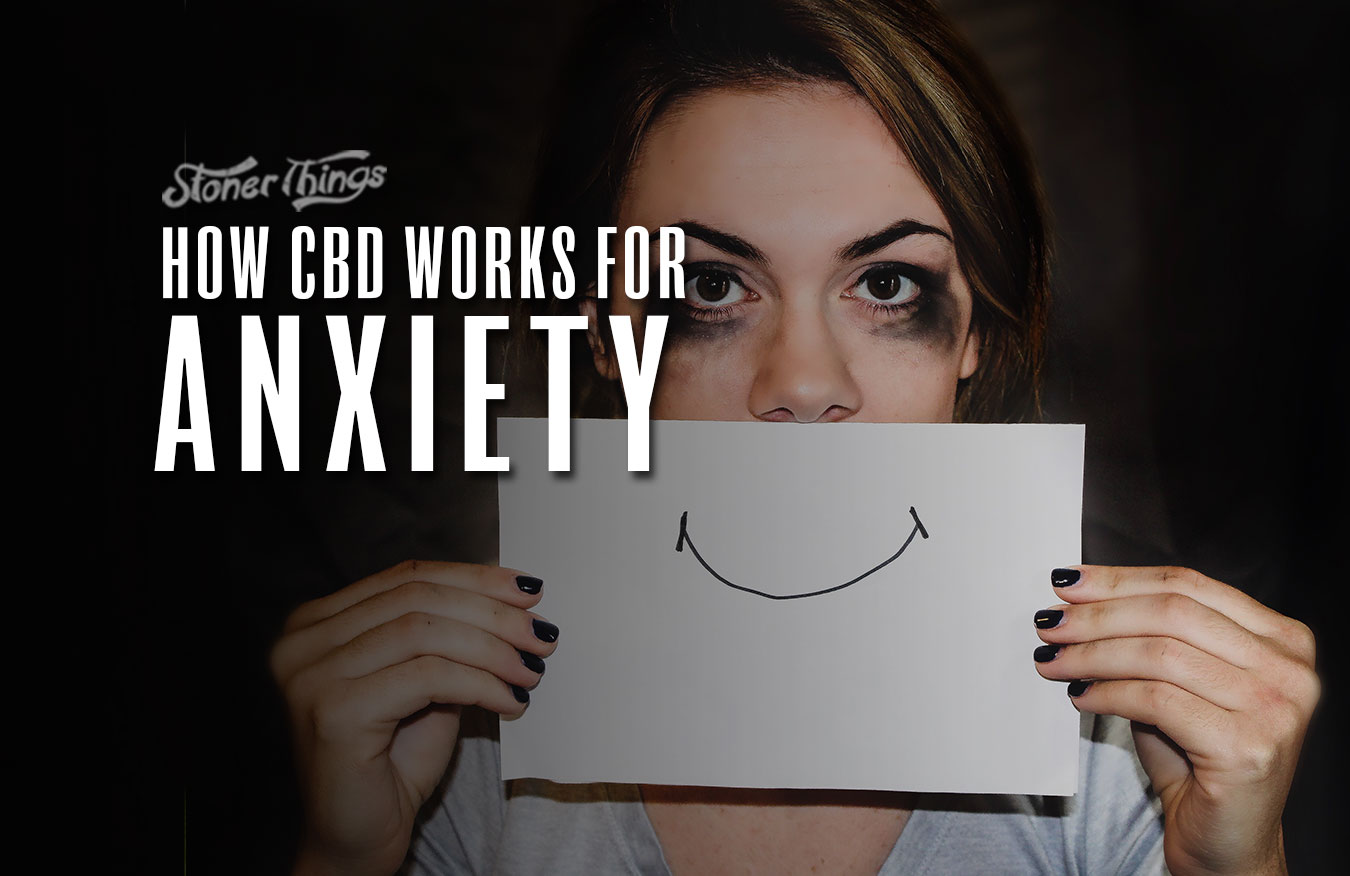 As long as there have been drug companies there have been “cures” for anxiety. Even before, humans had to cope with anxiety that didn’t involve prescriptions, but more natural methods. Mental health was a bit more holistic, before TV and then mobile computers connected our lives to the anxieties of the world en masse. The ancient Greeks had Bios Pythagorikos, or “the Pythagorean Lifestyle,” mentioned in this article on anxiety. Regimen aside, the prevailing theory as to why we’re more stressed out today than in the past is largely due to the very comforts we believe can make our lives less stressful: Primarily technology. Still, we also know that cannabis, whether THC or CBD-prevalent, can help anxiety. In particular, researchers are finding that CBD is particularly effective for easing our anxiety. But why?

You may have heard that the body has its own endocannabinoid system. This means that the body has receptors that are a “natural match” to the cannabinoids in, yep, cannabis. Now, for the last several decades doctors and researchers have looked at the chemicals in the brain that cause anxiety. They’ve developed ways of controlling serotonin in the body. In essence, when you’re “low” on serotonin, you’re more likely to feel depressed or experience anxiety. That’s a radical oversimplification, but several modern drugs like Zoloft and Prozac are designed to block reabsorption of serotonin in the brain, therefore making it more available to neural connections where it may be needed. Older drugs were far clunkier, basically working as a tranquilizer in the body.

Which brings us to cannabinoids, which work brilliantly with our endocannabinoid system. Those serotonin uptake inhibitors? Well, it’s possible that CBD helps neurons transmit serotonin through the synapses. There’s a lot happening in our neural systems, but the real nitty gritty is how one synapse communicates with another. The chemicals that tell our brain how to react are a delicate blend — alter that blend and you will feel a certain way. A lack of serotonin can lead to depression, for example. By enhancing our ability to receive this at the synaptic level means an immediate effect on our mental state. By comparison, SSRIs, or selective serotonin reuptake inhibitors, can take a while to actually impact our brains.

Other research indicated CBD might be helpful in growing neurons, something that is difficult for the body to do in many cases. That’s why neurological damage is tricky to undo. A study involving animals shows that CBD might promote neurogenesis (when the body grows new neurons) in the hippocampus. That’s important because diminished neuroplasticity has been linked to suicide. In effect, if the brain can’t rewire itself to cope, it can lead to dire consequences.

The problem with all of these claims? Thus far, there haven’t been clinical trials to prove these theories. Yes, there have been animal studies, but humans are another matter. While we may learn from animal studies, they’re not directly applicable to humans. We do have a ton of anecdotal evidence, and the beginnings of understanding as to how CBD impacts the body and brain. So far, this means there’s little harm in taking CBD products for things like anxiety as long as we’re aware it’s part of a more holistic solution. If depression is involved, it’s best to seek a range of therapies instead of relying on just one — but talk to your doctor about options, and ask about new research in this expanding field of cannabis medicine.