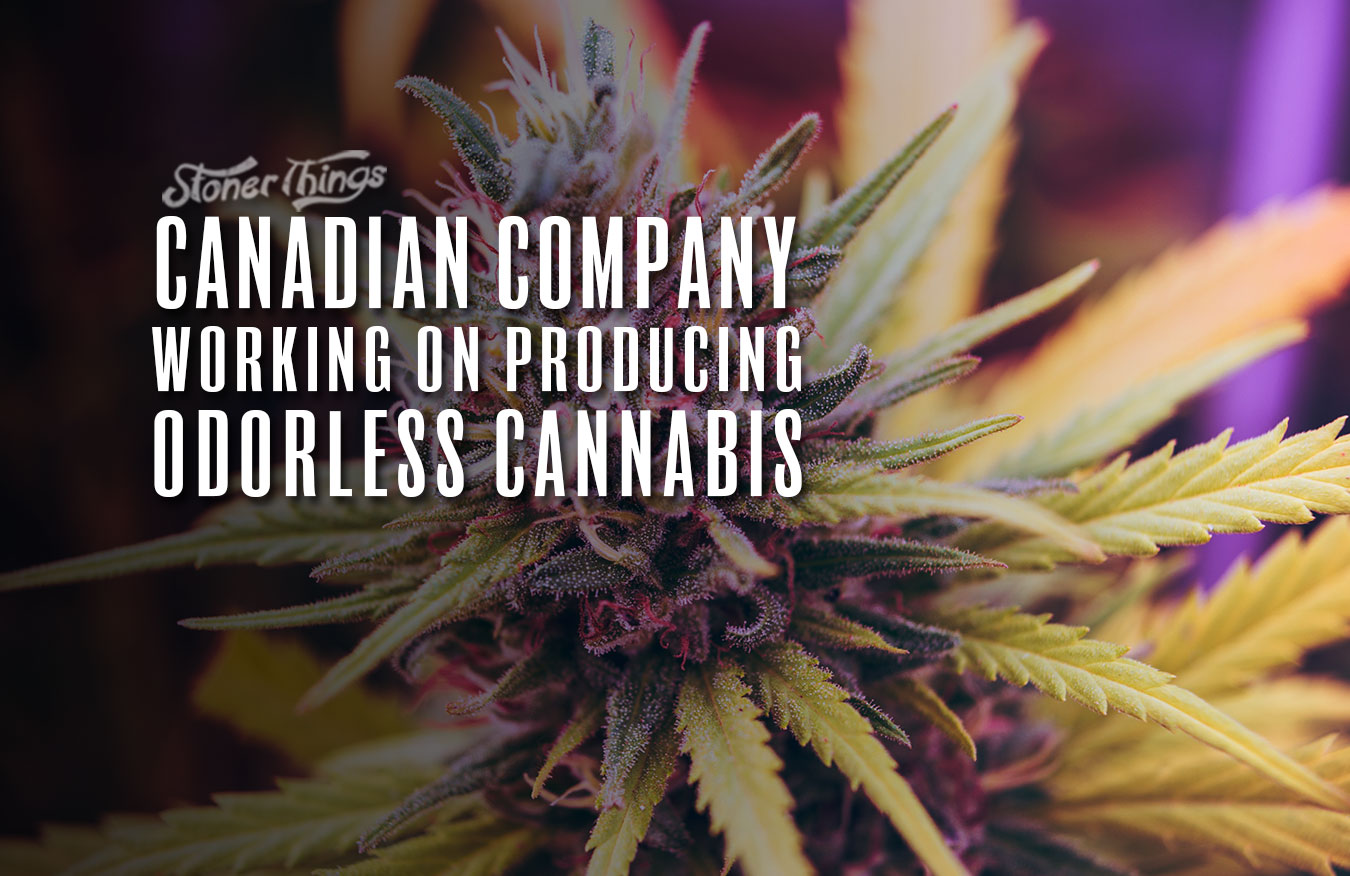 Odorless cannabis? What wizardry is this? You might have a visceral reaction to the thought of odorless weed because for a lot of people, the smell of buds is part of the experience. Marijuana flowers are judged, in part, by their aroma. It could be a skunky, earthy smell, or an almost diesel odor. There are also strains with a citrus flavor, or bubblegum — well, you get the idea.  It all depends on the level of types of terpenes in the buds, and what oils exist in the flowers. It’s not unlike an experience at a hookah bar, where you’d be upset if they just brought you an odorless blob and proceeded to light it up. For a lot of smokers, that experience is pleasurable, and the smell of buds is a good thing. The problem is that some smokers do have a problem with odor, which is why a Canadian company is trying to develop “odorless cannabis.”

If you were ever in a college dorm trying to toke up then you know why odor can be a problem. Even though judges have found that odor isn’t probable cause for a search, it’s something most drivers try to avoid when getting pulled over. This may blow your mind, but we reported that one survey found over half of Americans believe the smell of pot is a problem. What problem? Like any smoke, it creeps into fabrics and even walls. That can linger, and burning weed frequently just makes it worse. Ultimately it may just be a matter of taste, but not everyone has the same tastes.

This is why CannabCo wants to develop odorless weed. It’s just another option for the increasingly curious public looking to consume cannabis on their terms. Don’t like the smell? Now there’s a strain for that! Well, perhaps. The tricky part about removing the smell in pot is that those terpenes that produce the pungent aromas also provide potency. Is there a way to make weed that gets you high without terpenes? Well, not necessarily. The company calls its tech PureCann, and yes it’s trademarked. This “unique process” is supposed to keep the potency but remove the odor. How? CannabCo isn’t saying. Also, it isn’t showing much because the company is still getting off the ground and as of this writing is still working to ship its products in Canada.

Meanwhile, a California company says it’s already cracked the odorless cannabis secret. Float Technologies has a product called FreeLeaf, which includes odorless smokable cannabis plus a line of edible cannabis for cooking that tastes like common herbs used in cooking. Herbs like basil, or oregano. Float claims they have a patented process for keeping the potency but removing the smell. This allows them to craft the cannabis and re-assert flavor and odor profiles as they see fit. The company will have these products available for sale in February 2020 at a lounge in Los Angeles, and plans to expand further if they take off.

Will odorless cannabis be a hit? For privacy concerns, it might, if the claims about retaining potency are correct. However, we might find out that more people actually enjoy the odor of burning weed than previously thought.