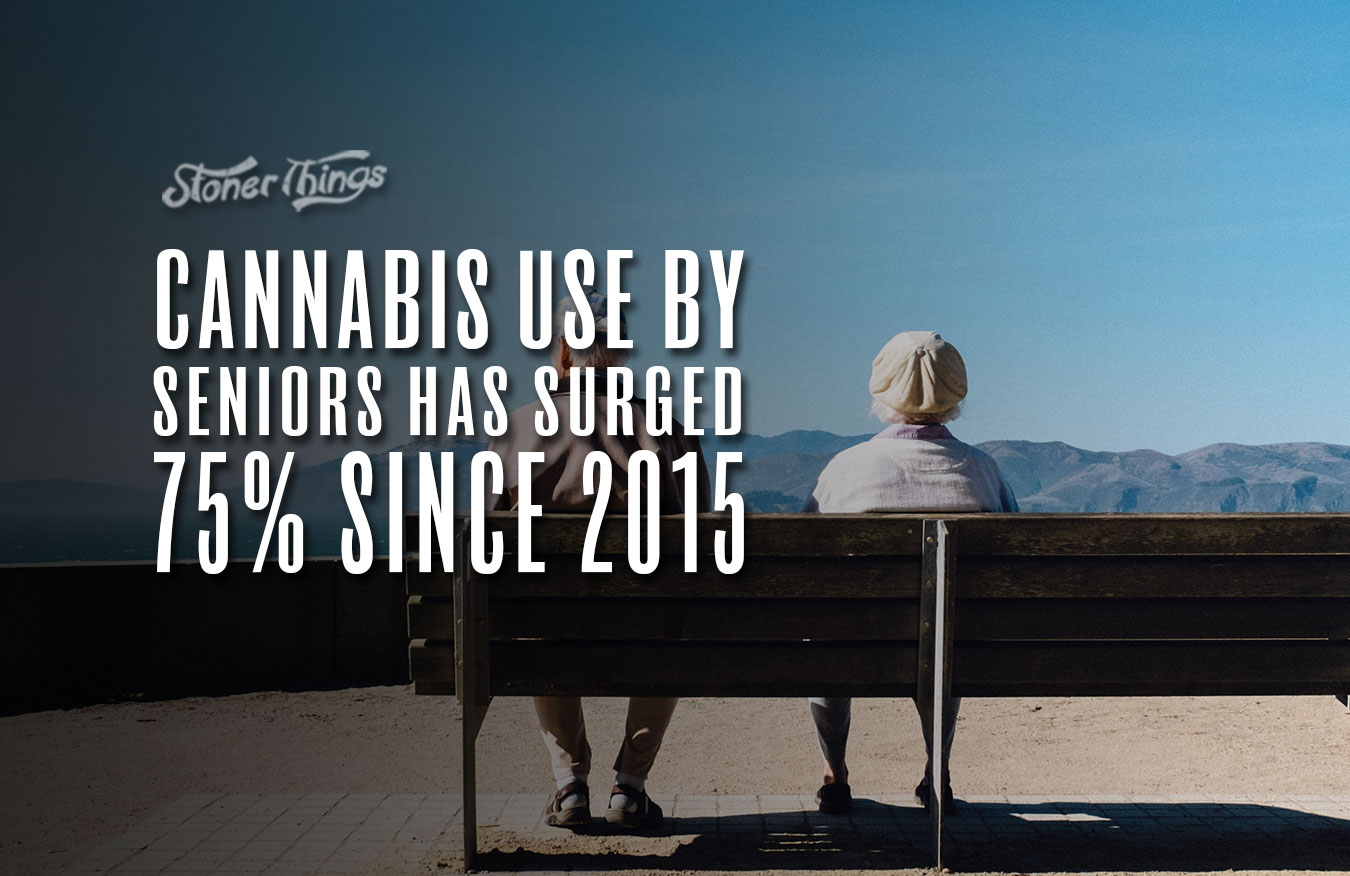 What a difference a decade makes. The lead author of a survey in the Journal of the American Medical Association Internal Medicine notes that, “..not even 10 years ago 0.4% of adults 65 and older said they had used marijuana in the past year, and now it’s 10 times that at 4%.” Reuters reports the study shows a growing number of Baby Boomers are trying marijuana. Well, we don’t really know if they’re trying it for the first time, reliving their youth, or what. But the growth in marijuana use among senior citizens continues to grow.

This survey also didn’t pry into the hows or whys of pot use among boomers. Instead, it looked at four years of data from the National Survey on Drug Use and Health. This survey is self-reporting, which could also skew results but is still a barometer of trends. The most significant trend is that use among those 65 and older keeps going up. Some other drugs vacillate in numbers, with a few predominantly in use in earlier years, then some as people get older. Typically “youth” is when illegal drugs are tried, and as people age into family life those numbers fall.

What’s interesting here is the unbroken line, although again there are those who take issue with the underlying survey itself. After all, the survey only asks if someone has smoked or ingested marijuana, pot, hashish, “grass” or hash oil. That’s a clear indicator that the questions are a bit outdated, as boomers might have called weed grass back in the day — and there’s even a card game called Grass where you play a dealer — but it’s unlikely anyone under 40 does so today. Plus, the survey doesn’t ask about modern distillates, concentrates, or even vape pens, let alone CBD oil and Federally-legal cannabis products.

Between outdated questions and a lack of data on first-time users versus “I tried it back in the day,” this survey might not be the most revealing information ever collected. Are more elderly smoking because of health reasons? According to what the researchers found, the majority of those who were older and smoking were actually in good health. The biggest increase was in educated women with higher incomes, too. The data does suggest that because this is a self-reporting survey, changing attitudes around weed may be leading to more admittance among those who have already been smoking that, yes, they do indeed enjoy a toke now and then. But again, without more granularity in the data it’s conjecture over facts about the motivations of those who are ageing into marijuana use.