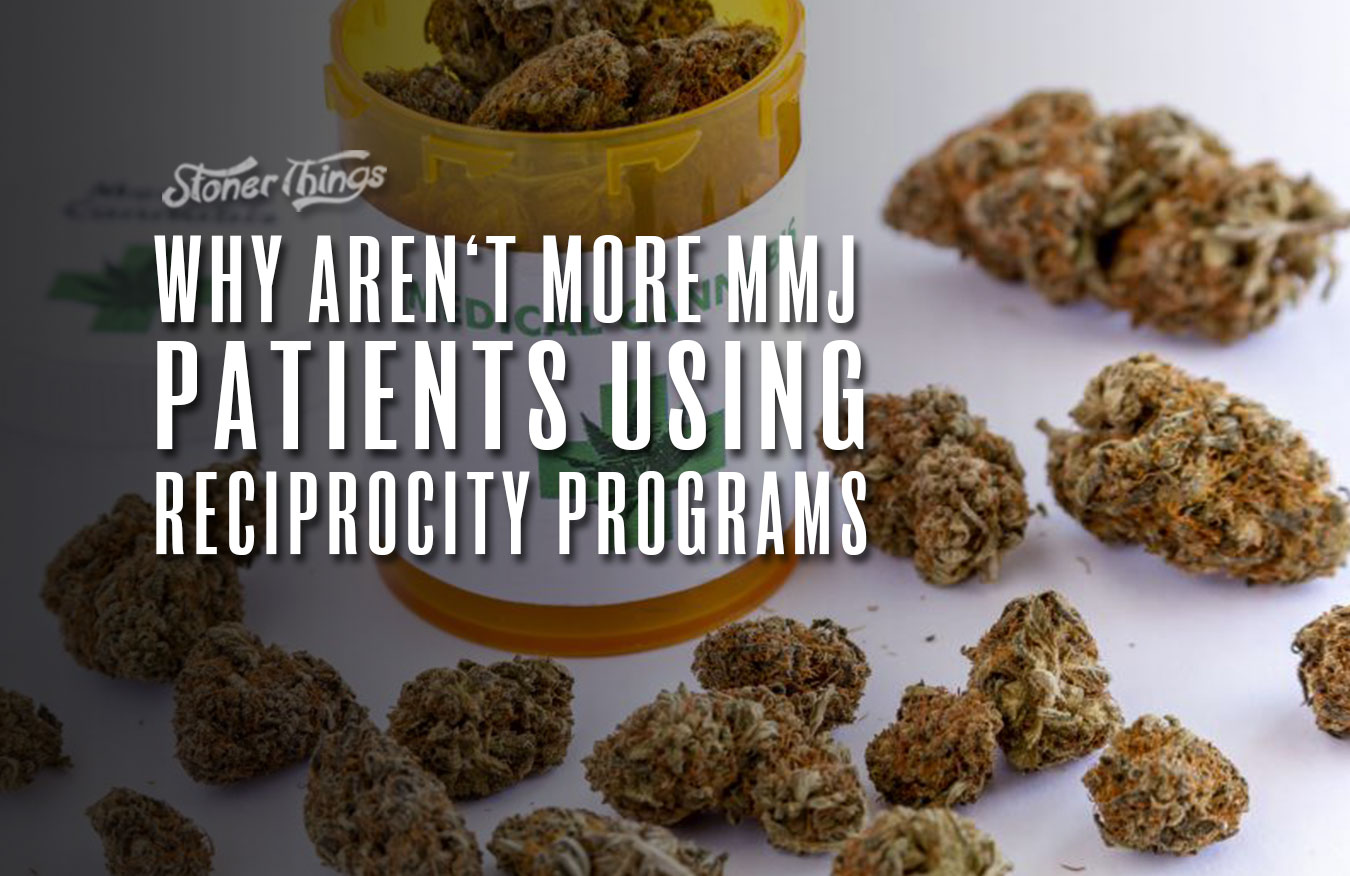 More than half a dozen medical marijuana states take part in a reciprocity program that allows for out-of-state licenses to be accepted within their borders. Arkansas, Hawaii, Michigan, Missouri, Rhode Island, New Hampshire, Pennsylvania, Arizona, D.C., and Oklahoma, will recognize medical cards from out-of-state patients, but as it turns out, few people are making use of this program.

“I know of some people using it, but it’s hard to see how widespread it is,” said Karen O’Keefe from the Marijuana Policy Project.

In some states, stringent regulations regarding the reciprocity program are likely pushing people away from taking part. In particular, Oklahoma’s approach to their program almost ensures it is used infrequently.

Oklahoma dove headfirst into medical marijuana 18 months ago and is believed to have as many as 222,000 medical cannabis patients or 5% of the state’s total population. In its first year of legalization, Oklahoma granted 7300 medical cannabis business licenses. 4287 of those were for growers, another 1173 for processors, and 1848 dispensaries.

“The growth in Oklahoma is due in part to high consumer demand coupled by low barriers to market entry and comparatively fewer regulatory hurdles compared to other states,” said NORML Deputy Director Paul Armentano.

The state’s reciprocity program does have hurdles, however. In Oklahoma, the program has to be applied for a month in advance and carries with it a $100 fee, creating ample motivation to avoid taking part. Bringing more of your own medication from home or purchasing from the illicit market will save anyone $100 when visiting the state.

“I know of one person who tried it but she was gone before the weekend was out so she didn’t get to use it,” said Norma Sapp, state director of NORML in Oklahoma.

There is a very small window of time spent in Oklahoma that would make taking part in this program worth it. The only people this program would benefit are medical marijuana patients spending more than a month in Oklahoma but not taking up permanent residency.

It’s a good program to have for people in such a situation but the regulations in Oklahoma provide little motivation for anyone else to take part in the program. “It’s a lengthy procedure,” said Walled Nasir who co-owns the Herbal Cure dispensaries in Okmulgee, Oklahoma. “It hasn’t been used much.”

Meanwhile, states such as Hawaii, which are more prone to short-term tourists, accept medical licenses from other states without additional paperwork.

Another potential reason why reciprocity programs are not widely used is the willingness of medical marijuana patients to purchase from the illicit market and/or travel across state lines with their medication. Up until relatively recently, that’s what we all had to do regardless. Going back to that system for a trip out-of-state isn’t really seen as much of an inconvenience to many. It certainly beats shelling out $100 in Oklahoma.

The autonomy enjoyed by individual states to set their own laws makes a program such as this difficult to implement as well. Some states grant medical licenses for conditions that others do not. For instance, anxiety is not accepted as a qualifying condition for medical marijuana in some states but it is in others. States with different regulations regarding medical cannabis are less likely to take part in a program with states with less stringent requirements.

The reciprocity program in its current form is only a first step, however. Where the program goes from here will define its success far more than where it has been in the last year and a half.

“It’s not an easy thing, the reciprocity, but it’s a positive,” Dr. William Levine, CEO of CannRX said. “It will harmonize the states with other states, allowing for better regulations. I think the industry is morphing into that space, but the regulators are all trying to catch up with what the public voted on.”