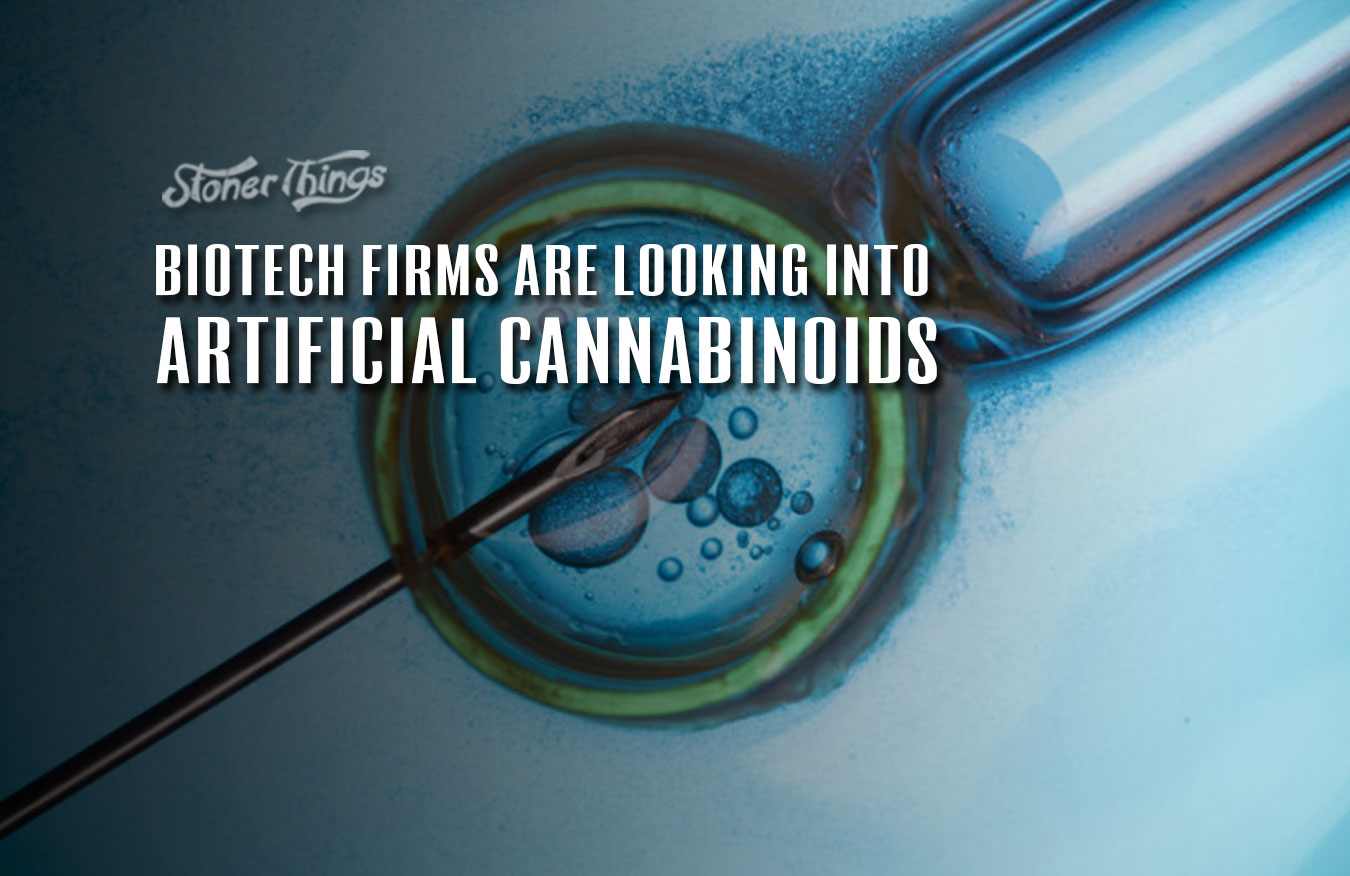 Once upon a time, U.S. drug companies were so desperate to create fake cannabinoids to continue the war on cannabis that they did actually make synthetic marijuana. Marinol was developed more than 30 years ago! This is different from K2 or spice, which is more of an alchemical stew designed to get you high. Big pharma decided to make fake weed back when it was found that cancer patients could benefit from cannabis. Instead of legalizing weed, the lobbyists managed to convince politicians to keep pot illegal but allow the companies to manufacture a “safe but legal” version of synthetic pot that wouldn’t get people high, but would help with pain and increase appetite. But, because even research into cannabis was prohibited, these drugs typically weren’t nearly as effective as they promised to be. Now that cannabis is being studied in earnest around the world, Big Pharma wants back into the party — and the race for synthesized cannabinoids has only just begun.

Of course, there’s nothing wrong with making synthetics of compounds found in nature, as we see with artificial sweeteners and all sorts of medications. Problems arise, however, when humans apply their limited understanding of nature to complicated problems. Pain management is the most notorious, as opioids were marketed as “less habit forming” but proved to be quite habit forming indeed. Artificial sweeteners are often criticized for their adverse health effects as well. So there’s some skepticism about synthetics, and that’s normal.

Still, there are companies in Canada and the U.S. looking into synthetic cannabinoids, and they’re isolating very specific ones. Biomedican in the U.S. is one of those, and Willow Biosciences in Canada is another. Less common cannabinoids like CBG or various forms of THC, like THC-A, are more difficult to extract in volume than the more abundant THC and CBD. According to Bloomberg, it’s cheaper to synthesize some of these cannabinoids than extract them, and since they have highly specific medicinal properties, it’s possible that the therapeutic use would be worth the trouble of making them rather than harvesting them. By all indications, the market for all types of cannabinoids just keeps going up as more healthcare providers are turned on to the power of cannabis.

The process for making synthetic cannabinoids is quite similar to making fake meat, and uses yeast as a base for production. Yeast multiplies like Star Trek’s Tribbles in the right conditions, and can be used to produce mass quantities of all sorts of compounds. It’s also used to create heme, which is used in things like the Impossible Whopper — a big hit for Burger King and vegans, apparently. If all of this also sounds like an episode of Star Trek, you’re not far off. Just a few years ago all of these products were theoretical, and the methods to bring them to market were cost-prohibitive. Between climate change and now a pandemic, companies have accelerated food and pharma tech to implement faster iterative cycles and spool up production like never before.

Sales of cannabis products — not just weed for getting high — are up across the board, and many say it’s the pandemic to blame. The CEO of Green Roads told Bloomberg that millennials are stressed, and are avoiding traditional Western medications like pills for more natural remedies like cannabinoid-based tinctures. Sales of those rose 11% in Q3 of this year, according to Headset. That group has written about how the millennial cohort prefers cannabis to other types of medicine already. There’s little question as to why synthetic cannabinoids are being developed, really. As with many natural products, a synthetic version is often being developed. In this case, it could be profitable and allow more consumers to enjoy the medical benefits of the rarer cannabinoids.