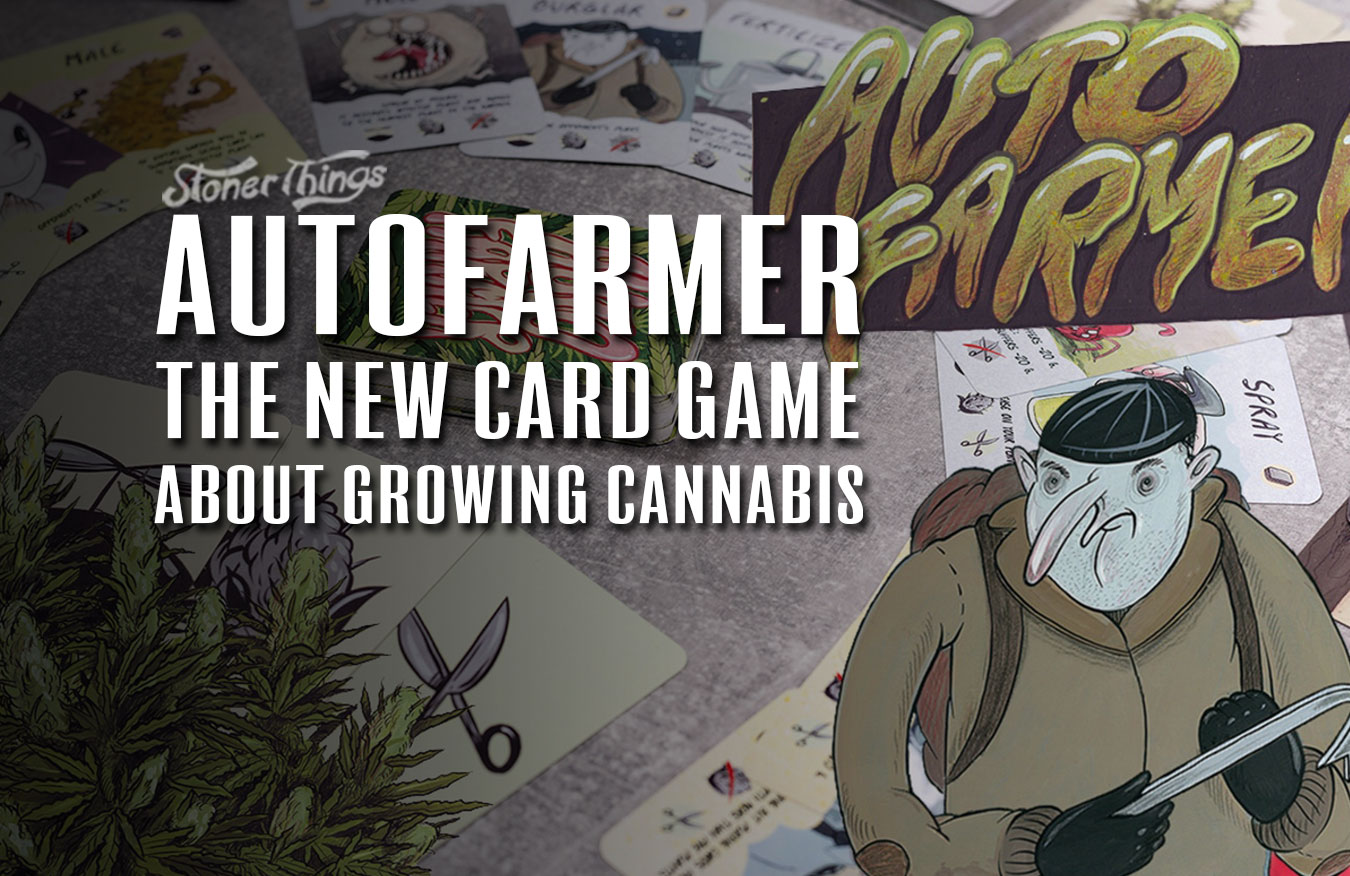 Over the years there have been a number of cannabis-themed card and board games. In the past, card games like Grass entertained stoners but were just a re-skinning of other games, like Mille Bornes in the case of Grass. There’s a Candyland-style board game out there as well, but real game enthusiasts balk at the mechanics because Candyland is a pretty lame game for adults. Even with all of these, there’s not much in the way of educational games with a cannabis twist. Perhaps that’s because teaching about cannabis overall has been taboo for decades. Again, a book like a Child’s Garden of Grass might sneak out, but most publishers stayed away from “drug content” for a plethora of reasons. That’s why it’s refreshing to see what appears to be a fun game coupled with an educational bent all aimed at teaching players what it’s like to actually grow pot. It’s a project that turned to crowdfunding to happen.

Autofarmer is a card game about growing cannabis, but it actually teaches a little bit about cannabis farming. Granted, it’s home farming and there’s a competitive twist with your neighbors, but the end goal is to grow a few grams of weed before your neighbors. The game was conceived and tested in the Czech Republic, and has been an underground hit for a while, but the Kickstarter campaign joined forces with a wonderful Czech illustrator whose images really bring the game to life. 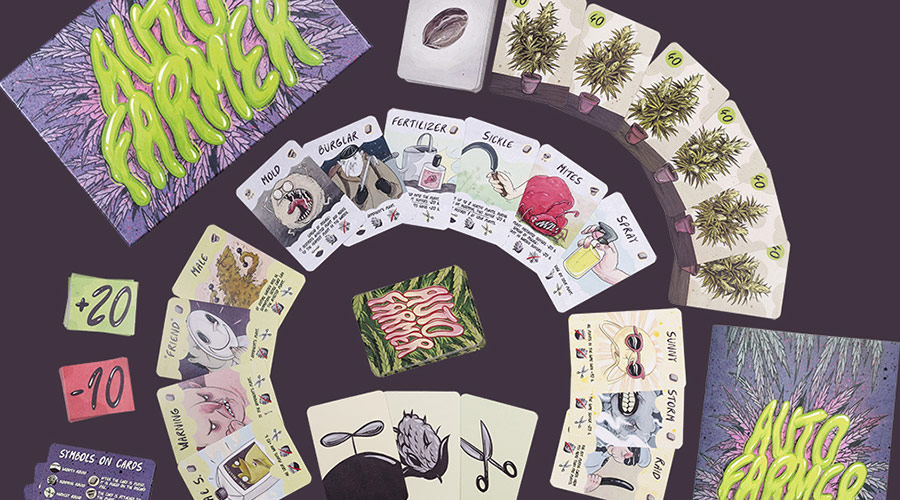 The game is easy enough to play, as the creators have stated they expect people to play while stoned. Essentially you roll the dice to determine certain things involving the seeds — whether they will germinate or how many you can plant in a round — and then you proceed to nurture those plants until they yield a certain amount of pot. There are phases, like growth, blooming, and harvest, as well as obstacles like a burglar or pests that can be unleashed on your crops to deter growth. In all, the game is described as fast and fun and easy to learn but with quite a lot of strategic possibilities.

Plus, the makers have added some expansion packs, like a strains pack, which allows you to further increase the variations within the game, making it new every time. What’s impressive is the relative simplicity of gameplay combined with the wide variety of ways to win, because the designers mixed in just the right amount of strategy to make it infinitely replayable. Unfortunately, the Kickstarter project has already been funded and closed. But the group’s website is stitll taking orders, and there’s a good chance the game will be printed for a while. Unfortunately, many Kickstarter (and other crowdfunded projects) don’t live much beyond their initial funding round.

If you’ve ever wondered about growing weed at home, Autofarmer will give you a taste. Keep in mind it was made as a sort of response to home raids on pot gardens in the Czech Republic some time ago, so it reflects a certain mentality, but it is very pro-cannabis and reportedly very fun to play. The addition of burglars may sound strange, but it’s a reality even if you’re growing legally. The other consequences to plants are equally realistic, as is the process of nurturing a plant from seed to sale. Can you grow more grams than your competitors? Try Autofarmer and find out!