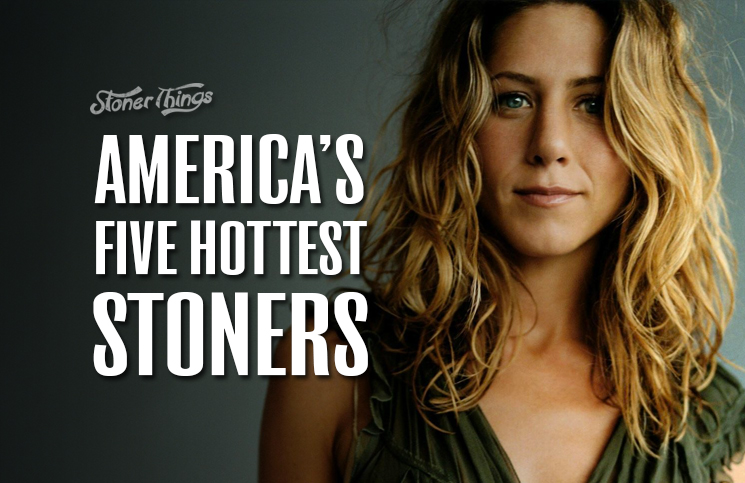 Pretty much anyone looks hot smoking a joint. The ties between marijuana and sex are ancient, and smoking up tells others you’re not bound by the rules – in or out of bed.

But some people can pull of the stoner look better than others. So here are five stars who know how to roll a J and look good doing it. These celebrities would be hot even without pot, but their love of green makes them so much more attractive. 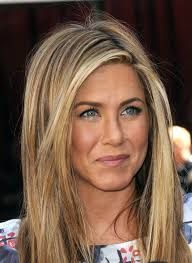 The actress formerly known as Rachel has been the target of more tabloid gossip than almost any other Hollywood star in the past 20 years. Her marriage to Brad Pitt was a subject of intense public interest even years after it ended.

Thankfully, Jennifer Aniston has other things in her life that keep her sane. She went through therapy, she learned yoga, and, naturally, she smokes weed.

“I enjoy cannabis,” she said during an interview with Rolling Stone more than a decade ago, back when Friends was still on the air. No recent word on whether Aniston continues to light up these days, but she seems pretty balanced, so we’re going to say that yes, Rachel still smokes pot. 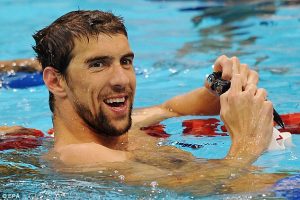 The evidence of Michael Phelps’ marijuana use is limited at best. Six years ago, he appeared in a widely circulated photo that showed him taking a hit from a bong. Phelps admitted he was smoking weed in the photo and apologized.

But the hint of the bad boy behind the picture only added to his sex appeal. Countless women and a fair number of men still dream of scoring with Phelps, one of the world’s premier athletes.

The swimmer has two DUIs in his past, and that’s nothing to laugh at. But both those incidents involved alcohol, not the marijuana that everyone remembers from the bong pic. In fact it’s hard to see how the weed has hurt anyone: It certainly hasn’t driven his fans away. 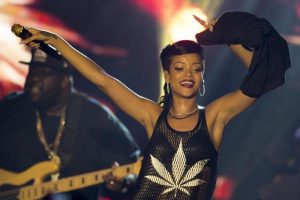 Rihanna is easily one of the hottest ladies in hip-hop, and her undying love of weed is the icing on the cake. No one else in the music industry makes marijuana look and sound so utterly sexy.

There’s just something about that combination of musical talent, bad-girl hotness, and soothing cannabis that makes Rihanna such a smoking personality.

If moderately insane outlaws are your thing, you’ve been in luck since 1985, when Woody Boyd first appeared on Cheers. Woody Harrelson, the actor who played Boyd, has been a darling of the left ever since.

Nobody does crazy better than Woody, and nobody does it so effectively. He’s run into trouble with the law on several occasions, but he almost always ended up on the winning side.

Woody’s support of legalization is legendary. He has served on the advisory board to NORML – twice – and has participated in countless reform events. He even gave his voice to Ziggley Marley’s pro-pot song “Wild and Free.” And did we mention how hot he is, even while losing his hair? 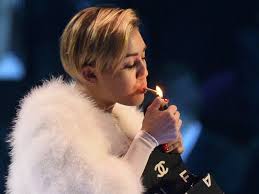 It’s every pervert’s dream come true: A prissy, obnoxious girl turns 18 and goes wild. Miley Cyrus is now the de facto leader of stoners in the Millennial generation, and they couldn’t ask for hotter.

She’s taken a fair amount of heat for that, especially from people disappointed she didn’t turn into an adult version of her childhood character. But she takes it in stride.

“I put pictures of me smoking weed, I’m not going to lie, on my Instagram,” she told an interviewer last fall, “because I was brought up in the way that we never thought marijuana was bad.”

We’ll leave you with this.