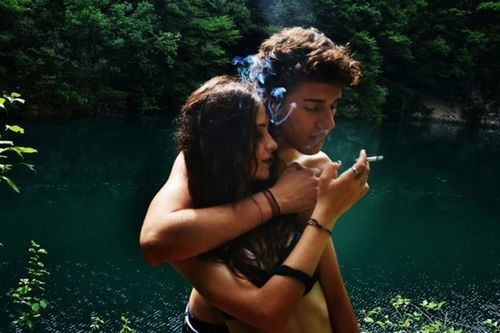 Weed makes everything better, from coffee and cigarettes to planetariums and IMAX flicks. But there’s one thing it improves more than anything else, at least for many stoners: sex.

Marijuana is famous for its tendency to enhance sexual sensations. And many believe it can arouse both men and women. But that’s an open question: Is pot really an aphrodisiac? 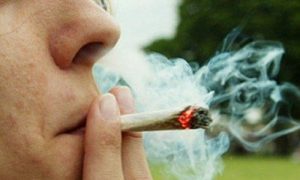 That depends on how you define “aphrodisiac,” says Dr. Lester Grinspoon, a psychiatrist and retired professor at the Harvard Medical School. Grinspoon is an expert in drugs and drug policy.

If you define an aphrodisiac as a substance that makes sex better, then weed definitely qualifies, Grinspoon says. But if you mean that the drug can lead to sexual arousal, then the picture is much cloudier.

In 1967, Grinspoon says, he was “very interested in all questions regarding marijuana. There wasn’t a lot of literature on the subject. There still isn’t. But research seemed to indicate that marijuana was not an aphrodisiac, which is what I found for the most part. Although there was some ambiguity.”

Under the strict definition, science has never discovered a genuine natural aprhodisiac, despite centuries of claims that various substances cause sexual desire. Modern medications may have that effect, but only in a physical sense. And they’re typically used to treat sexual dysfunction rather than excite either participant.

But some researchers believe – and many users report – that cannabis often makes sex much better. Physical sensations become more intense and stamina increases.

“I concluded that it greatly enhances the sexual experience for many people,” Grinspoon says. “There’s no doubt that when people are high, they’re more sensitive to their sexual feelings and urges. In that sense, it may be an aphrodisiac.”

Many users report that they tend to think about sex much more when they’re high. But Grinspoon says stoners are more likely to obsess over food.

“With sex, it’s more along the lines of once you’re there, pot can afford greater enhancement,” he says. “But I think it’s less likely to generate sexual behavior unless the attraction is already there. It’s not going to make you a lunatic. As if you’re with a bunch of strangers and you smoke and you see someone attractive and you just gotta have ‘em!'”

The fact that pot and sex go together so well has long been common knowledge among regular tokers. But only recently has the marijuana industry begun to design THC products strictly for sexual use.

Earlier this year, a company in California released a marijuana spray designed to enhance female pleasure. The product, made of coconut oil and cannabis concentrate, is sprayed on the vagina. There’s no scientific proof that it works, but its makers claim it improves both sex and orgasm.

Grinspoon says sexual enhancement is just one reason to use marijuana. He regularly prescribes it to medical weed patients, he says.

“I can’t be sure it’s going to help you, but I’m going to try and help you with your chronic arthritic pain, and I’m relatively sure it’s not going to hurt you,” Grinspoon says. “Look, if you come to me and tell me that you’re having difficulty in getting turned on sexually, or that you’re experiencing premature ejaculation or erectile dysfunction, I might ask, ‘Have you ever tried marijuana before? It won’t hurt you.’ You might try it.”