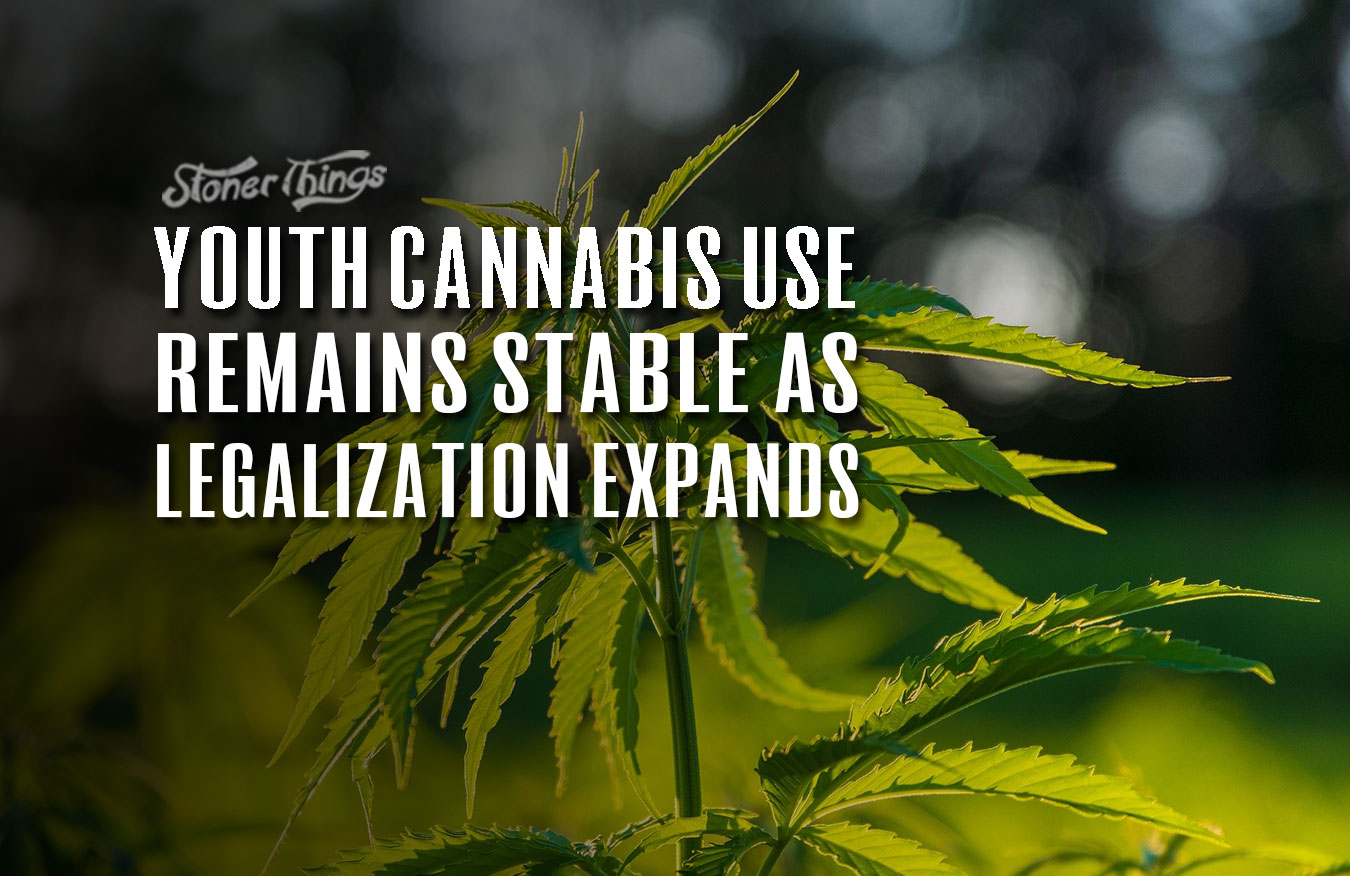 One of the arguments against legalization was that if you make weed legal, more kids will try it. Like so many misconceptions promulgated during the War on Drugs, this one is also a falsehood dripping with the fear of propaganda. Turns out, according to a federal report, cannabis use among those who start in high school and continue through adulthood is actually down — who’d have thought that was possible when pot is now legal in so many states?

In fact, history has shown us that prohibition can lead to more abuse. That’s why in countries like Portugal, prohibition was dropped for more progressive policies that allow drug use, but provide ample social programs to help get clean if you’re addicted. And for drugs like cannabis that have lots of medical uses? More countries are coming around to legalizing, and the latest data from the U.S. government could bolster local legalization efforts. It’s not like the fed is looking to change longstanding American drug policy, after all. Even Democratic candidate for president Joe Biden has signalled he won’t legalize, although Senator Bernie Sanders has frequently indicated he would immediately move to do so.

By the numbers, the report is called the Youth Risk Behavior Survey, and it’s compiled by the CDC. It seems that marijuana use increased from 2003 until around 2013, when it began a 6-year slide. These are numbers for “lifetime” users, but the report explicitly notes that fears of a rise in youth consumption of cannabis were unfounded — since 2014, when recreational sales began in some states, the number of young people smoking pot has remained stable.

An official with the government even noted that numbers were falling in places like Colorado, although it’s unclear exactly why. It’s theorized by some that the taboo nature of smoking weed is no longer existent in places where it’s become common for older people to buy pot. In other words, it just isn’t “cool” any more. At least, that’s one theory. It could also be that a regulated marijuana market has led to no overall change in the desire for young people to try just one more thing their parents are doing.

Naturally, some groups are spinning the data a little differently. Prohibitionist group SAM (Smart Approaches to Marijuana) says the data tells another story, one that shows “lifetime marijuana use is the number one risk factor for prescription opioid misuse.” Except, it actually doesn’t. The only reason that particular statement is close to true is because the CDC, for reasons no one knows, dropped alcohol from its 2019 survey. In years past, there has been a clear line connecting drinking and opioids, but now that drinking has been removed from the equation, SAM took the leap to say the correlation is now causation.

But the numbers are clear: Legalization doesn’t mean more kids will smoke pot. We’re already seeing a small dip in active marijuana users, which means legalization isn’t fulfilling the nightmare scenarios groups like SAM have been warning about for years. Instead, legalization appears to be working just fine, if you trust the data.