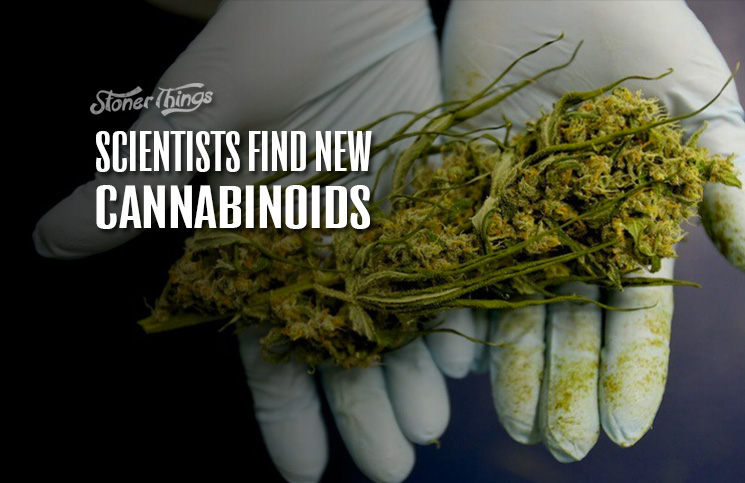 Weed comes packed full of magical chemicals known as cannabinoids, which have a wide range of effects on our minds and our bodies. We already knew about 104 of these compounds, including THC and CBD, cannabis components that are familiar to most people.

Now scientists will have to make room on the list. Researchers at the University of Mississippi have isolated seven previously unknown cannabinoids from high-potency marijuana. That brings the list to 111.

Scientists had already created some of these cannabinoids synthetically in the lab, but they didn’t previously know the chemicals are naturally present in the pot plant.

At room temperature, all of these cannabinoids appear as yellow oil, similar to THC- and CBD-based oils. As of yet researchers haven’t reported any details on how theses chemicals work, how they interact, or how they effect humans.

Scientists in Mississippi – site of the the only marijuana research farm allowed under federal law – took nine kilograms of dried bud and used a complicated, multi-solvent extraction process to isolate between 10 and 150 milligrams of the newly discovered cannabinoids. In most settings, cannabinoid oils are extracted using only one solvent.

Researchers then gave the isolated compounds to mice. Some of the mice became as high as they would have using THC, while other mice reacted differently.

THC is known to be the chemical most critical in getting users high. CBD, on the other hand, is non-intoxicating. Both substances have multiple medical uses, but CBD is used primarily to treat epileptic children. 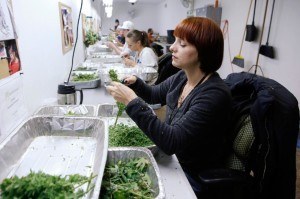 Cannabinoids come in three groups. The first, endocannabinoids, come from the body, which creates them to regulate a range of physical and mental functions.

The second, exocannabinoids, are also found in nature, but only in the cannabis plant. Like endocannabinoids, these chemicals impact diverse parts of the human system, generating mental euphoria, physical relaxation, and intense hunger, among other effects.

The final group, the synthetic cannabinoids, were originally created in a lab for research purposes. Unfortunately, many of these chemicals have long since escaped scientists and are now sprayed on herbal material to create Spice, K2, and other forms of illegal synthetic weed. These chemicals, unlike endo- or exocannabinoids, are highly dangerous and should not be consumed.

Outside the lab, cannabinoid oils are typically made using a single solvent: isopropyl alcohol or butane, in most cases. Marijuana is doused with the solvent, which strips off the THC or CBD. Other extraction methods include the use of fatty oils to remove CBD.

Scientists in Mississippi used a much more complex process involving several stages and multiple solvents to target the unexamined cannabinoids. Their discovery holds great promise for further understanding of the marijuana plant and its many uses. 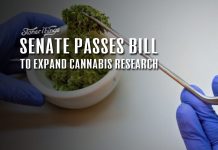