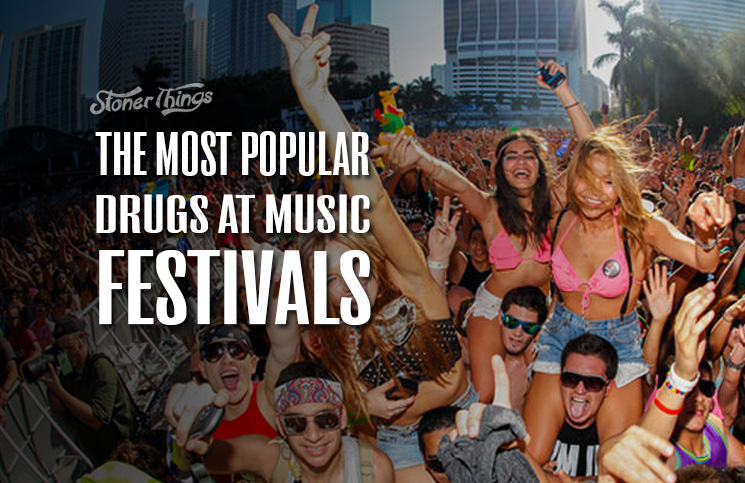 Let’s just come right out and say it: for many people, drugs are as much a part of music festivals as the music itself. For a growing number of festival-goers, music festivals are increasingly being equated with drugs. For better or worse, music festivals have become the perfect places to check out your favorite bands, enjoy the festivities, and to have your mind bent for a few hours. 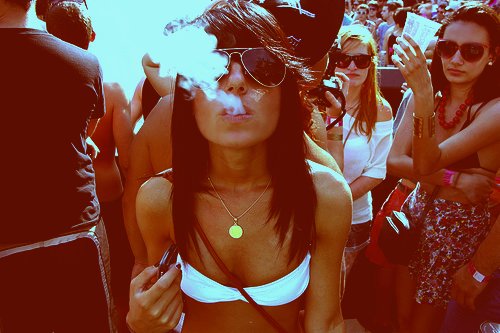 It isn’t surprising then that so many Instagram posts associated with music festivals contain anything from passing mentions of drugs to overt depictions of drug use. More than 3 million of these posts were analyzed for mentions of drugs, and the results were published in a chart on the website DrugAbuse.com. The results were interesting to say the least, although we would stop short of calling them ‘surprising’!

Perhaps least surprising of all is that Marley Fest-related posts ranked first for cannabis mentions, with Camp Bisco and Bonnaroo following close behind. Here’s how all 15 festivals fared:

Alcohol – In an expected turn of events, alcohol was overwhelmingly popular in Instagram posts related to the Chili Cook-Off, with 90.26% of such posts mentioning alcohol in some way. Alcohol was almost equally popular in Summerfest and Glastonbury-related posts.

MDMA – MDMA/Molly/ecstasy was quite popular with the Electric Daisy Carnival crowd, with 42.99% of festival posts mentioning the drug and/or its variations. The crowds at Ultra Music Festival and Camp Bisco also seemed to be enamored with the drug, although to a slightly lesser degree.

Mushrooms – Mushrooms proved to be popular with the Burning Man crowd, with 7.42% of festival posts mentioning mushrooms in some way. Mushrooms were also mentioned in festival posts related to Bonnaroo and Camp Bisco.

Cocaine – Cocaine was mentioned in as many as 12.39% of posts related to Coachella. The drug was also mentioned in 11.76% of Mad Decent Block Party Instagram posts, and 10.67% of Lollapalooza posts.

Crack Cocaine – Crack cocaine proved to be a popular topic with Burning Man festival goers, and to a lesser degree, with guests at Bonnaroo and Glastonbury.

DMT – Burning Man again tops the list as far as DMT-related posts go, followed by Electric Daisy Carnival and Life In Color, although the drug was significantly less popular among fans of these last two festivals.

LSD – Number one as far as LSD-related posts go is…you guessed it: Burning Man. The drug was also quite popular among visitors to the Ultra Music Festival and Camp Bisco.

Opioids and Mescaline – Mad Decent Block Party denizens were quite enamored with opioids, as were guests at Lollapalooza and Holy Ship!. Electric Daisy Carnival fans seemed to have a preference for pills, a taste they shared with fans that went to Tomorrowland and Lollapalooza. Mescaline was popular among – again – Burning Man fans, Camp Bisco, and Electric Daisy Carnival. Camp Bisco-related posts ranked number one for general drug terms, followed by Tomorrowland and Burning Man, which is apparently drug central as far as music festivals go!