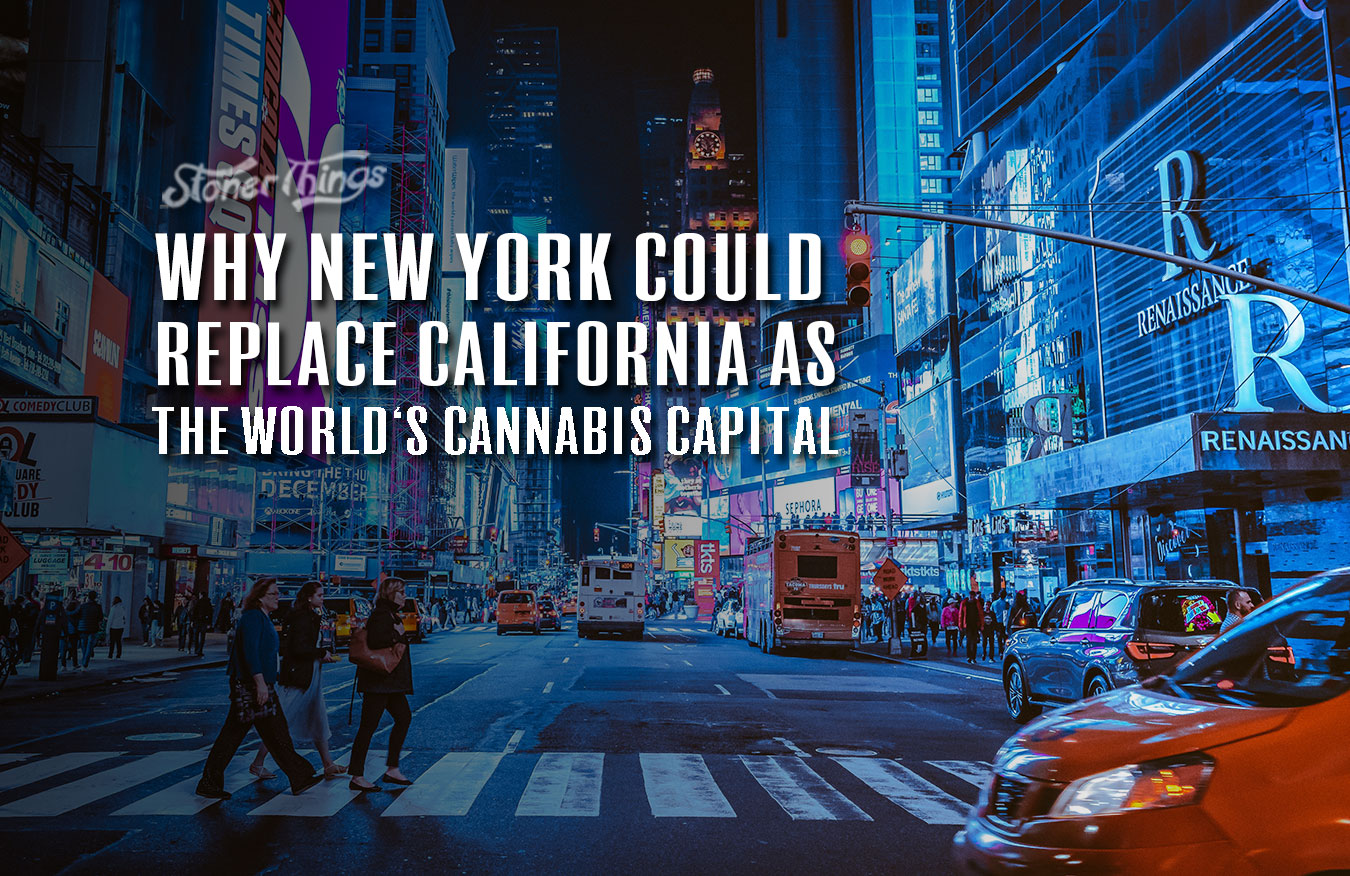 California may be the country’s largest legal marijuana market, but that doesn’t mean things have gone smoothly since voters approved Prop 64 in 2016.

Five years on, many local jurisdictions have moved to ban adult-use dispensaries, as well as cultivating and processing facilities, while efforts to ensure equity in the industry for low-income and marginalized groups have been far from successful. The result is an illicit pot market that continues to thrive, and a legal pot market that continues to be dominated by large multi-state operators.

Yet, given its size, California’s crown as the country’s cannabis capital has been unassailable. But now a new challenger has emerged, with similarly deep pockets, a big population and even more ambitious goals to promote social equity in its soon-to-be-launched legal weed industry.

New York finally got its act together in March and passed a marijuana legalization bill that had been three years in the making. Over that time, Gov. Andrew Cuomo had faced off against the progressive wing of the Democratic legislature over the finer details of cannabis reform in New York. Cuomo wanted to assume significant control over the industry by appointing members to the board of the state regulator, and ringfence marijuana sales tax revenues for the state’s general fund. Many Democrats had other ideas, but lacked the leverage to force them through.

That started to change following the 2020 elections, which handed the Democrats a supermajority in the New York Senate and, likely, veto-proof control of the state legislature. Cuomo’s ability to bulldoze his cannabis reform agenda by way of his annual state budget proposal had been severely compromised.

At the same time, the 2020 elections threw up another result that made the task of legalizing pot in New York all the more urgent. New Jersey’s voters had resoundingly approved a marijuana legalization ballot measure, giving the Garden State an edge over its neighbor in establishing a legal pot market and thereby luring New York residents, and their tax dollars, over the stateline. Wasting yet more time debating the specifics of legalizing pot was fast becoming a luxury New York couldn’t afford.

But the death knell for Cuomo’s corporatist cannabis vision finally sounded soon after the November elections in the wake of allegations of sexual impropriety by the governor made by several women working in his administration. Wounded and weakened, Cuomo had little choice but to yield to the demands of progressive Democrats regarding the shape of New York’s legal cannabis industry.

As a result, 40 percent of tax revenues from recreational sales will be invested in communities most damaged by the state’s drug war, while half of adult-use retail licenses will be reserved for applicants from disadvantaged backgrounds. Not only that, New York will be the first state to allow for on-site cannabis consumption lounges from day one of legal sales. While the benefits of this may seem less immediately tangible, the move could work wonders in helping intimate, cannabis-oriented communities to grow and offer an environment that large, faceless companies can’t so easily replicate.

But while the early signs are promising, the corporate interests that have neutered the potential of California’s legal pot culture are unlikely to give up on New York’s lucrative marijuana market without a fight. Whether these forces can be tempered to ensure a legal weed industry that works for most New Yorkers remains to be seen.