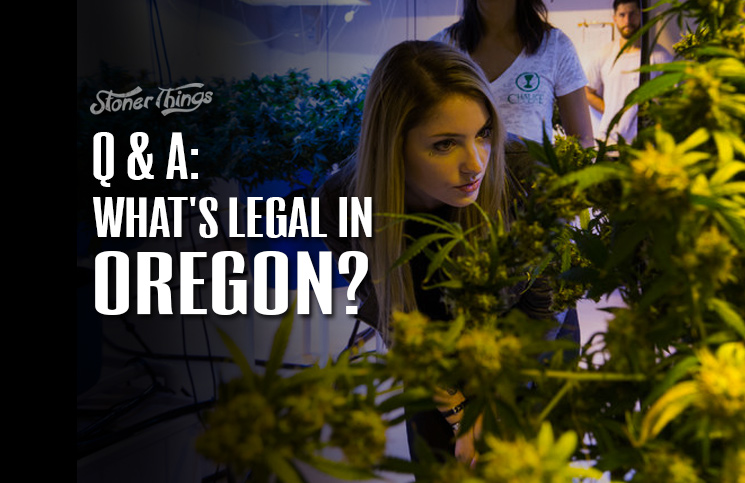 By the time Oregon made marijuana legal in 2014, the idea was old hat. Colorado and Washington had already passed legalization two years earlier, so the vote in Oregon got much less attention (the same was true in Alaska and the District of Columbia, which also legalized in 2014).

As a result, it can be hard to find answers to questions about what exactly is legal in Oregon and what isn’t. Here are a few facts that might help.

Q: What Is the Legal Age for Marijuana Use?

A: Adults over 21 may legally grow, possess, and use marijuana in Oregon, and they may buy it from licensed dispensaries.

Q: What Is the Legal Limit on Marijuana Purchases?

A: There is a purchase limit of one-quarter ounce per person per store per day.

Q: What Is the Legal Limit on Marijuana Possession?

A: The legal possession limit in Oregon is 8 ounces on private property and 1 ounce in public. But all public consumption is prohibited and subject to fines.

Q: What Is the Legal Limit on Home Cultivation?

A: Adults over 21 may grow as many as four plants per residence, out of public view. Residents may buy an unlimited number of seeds and up to four immature plants.

Q: How Can Users Get Legal Marijuana?

A: Cannabis is sold for recreation at select medical marijuana dispensaries throughout Oregon. By late 2016, recreational customers will be able to buy the drug at new retail pot shops. It is also legal to grow up to four marijuana plants at home, and adults over 21 are allowed to give away up to an ounce of the drug as long as no money changes hands.

Q: Is It Illegal to Toke and Drive?

A: It is a crime in Oregon to drive while under the influence of cannabis. Penalties are similar to those for drunk driving, including jail, probation, fines, and driver’s license restrictions.

Q: Is Public Use Legal?

A: Cannabis use is legal only on private property. It may not be used in any public place, defined by law as “a place to which the general public has access and includes, but is not limited to, hallways, lobbies, and other parts of apartment houses and hotels not constituting rooms or apartments designed for actual residence, and highways, streets, schools, places of amusement, parks, playgrounds and premises used in connection with public passenger transportation.”

Q: Is It OK to Travel with Marijuana?

A: It is a federal crime to cross state lines while carrying any amount of marijuana, regardless of its intended use. Pot must not leave Oregon and must not be brought into the state – not even from neighboring states that have also legalized it (Washington).

A: Oregon allows adults to make, gift, and use cannabis edibles, tinctures, and topicals. Marijuana-infused products are sold at medical dispensaries but will not immediately be available at recreational pot shops when they open in late 2016. Like other forms of cannabis, edibles and other infused products may only be used on private property.