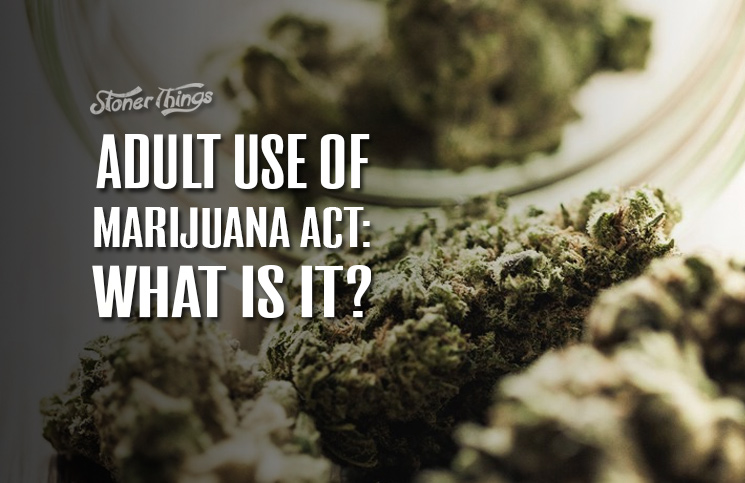 When it comes to legal marijuana, California is the big prize. The state has more people, more money, and more pot farms than any other, and its 20-year-old medical cannabis system has already paved the way for a legal recreational market.

Voter support for full legalization in the Golden State is strong: A recent poll showed 60 percent want to make the drug legal for any adult use. And they are likely to get their chance, as a well-funded public initiative has gathered enough signatures to make the ballot in November.

The initiative has taken the form of the Adult Use of Marijuana Act, a proposed law modeled on the legalization bill Colorado voters passed in 2012. So what exactly is the AUMA, and what would it do for stoners? Here’s a brief explainer.

As a starting point, the AUMA would legalize, regulate, and tax marijuana for any adult use. That means anyone over 21 could buy, possess, and use up to an ounce of cannabis on private property. Meanwhile, a regulated industry would be allowed to grow the drug and sell it in retail stores, subject to a sales tax of 15 percent.

Protection for kids, communities and environment

“By establishing a legal, taxed, and tightly regulated system, we can offer new protections for our kids, our communities, and our environment, while adopting a best-practices framework for responsible adult marijuana use and its impacts,” said Lt. Gov. Gavin Newsom, who supports the initiative.

California voters adopted medical marijuana in 1996, and pot has always been cheap and easy to find in the state. But full legalization would do more than make life easier for users – it would also pay for badly needed government programs. The revenue from medical sales isn’t taxed, so the state is missing out on untold riches, money that could fund substance-abuse programs, childhood drug education, school projects, and efforts to fight violent crime.

Support for the AUMA is widespread – not only among voters but also among political and community leaders. Newsom backs the initiative, as do the California NAACP, the California Medical Association, and many celebrities from Hollywood and Silicon Valley.

“It’s very encouraging to see a vibrant community of activists, many of whom have dedicated their lives to this issue, coming together around a sensible reform-based measure that protects children, gives law enforcement additional resources, and establishes a strong regulatory framework for responsible adult use of marijuana – one that will yield economic benefits for all Californians,” tech billionaire Sean Parker, leader of the AUMA campaign, said in a statement.

Most observers say it’s a safe bet marijuana will be legal in California within a matter of months. Opponents of the initiative have done little to stop it, bringing in less than $100,000 to the more than $2 million already raised by the AUMA campaign.

The state enacted stringent new rules on medical marijuana last October, following years of complaints the system was poorly regulated. Although that means medical cannabis is now harder to get, it also means California is better-prepared to make recreational pot available quickly once voters legalize it.

“AUMA strikes the right balance, setting in place strong protections for the public while allowing enough flexibility for regulators to tweak the marijuana market to make sure our kids and communities are safe,” Newsom said.

What do you think? Is the AUMA the right approach to legalizing in California? What’s wrong with it? Let us know by leaving a comment.