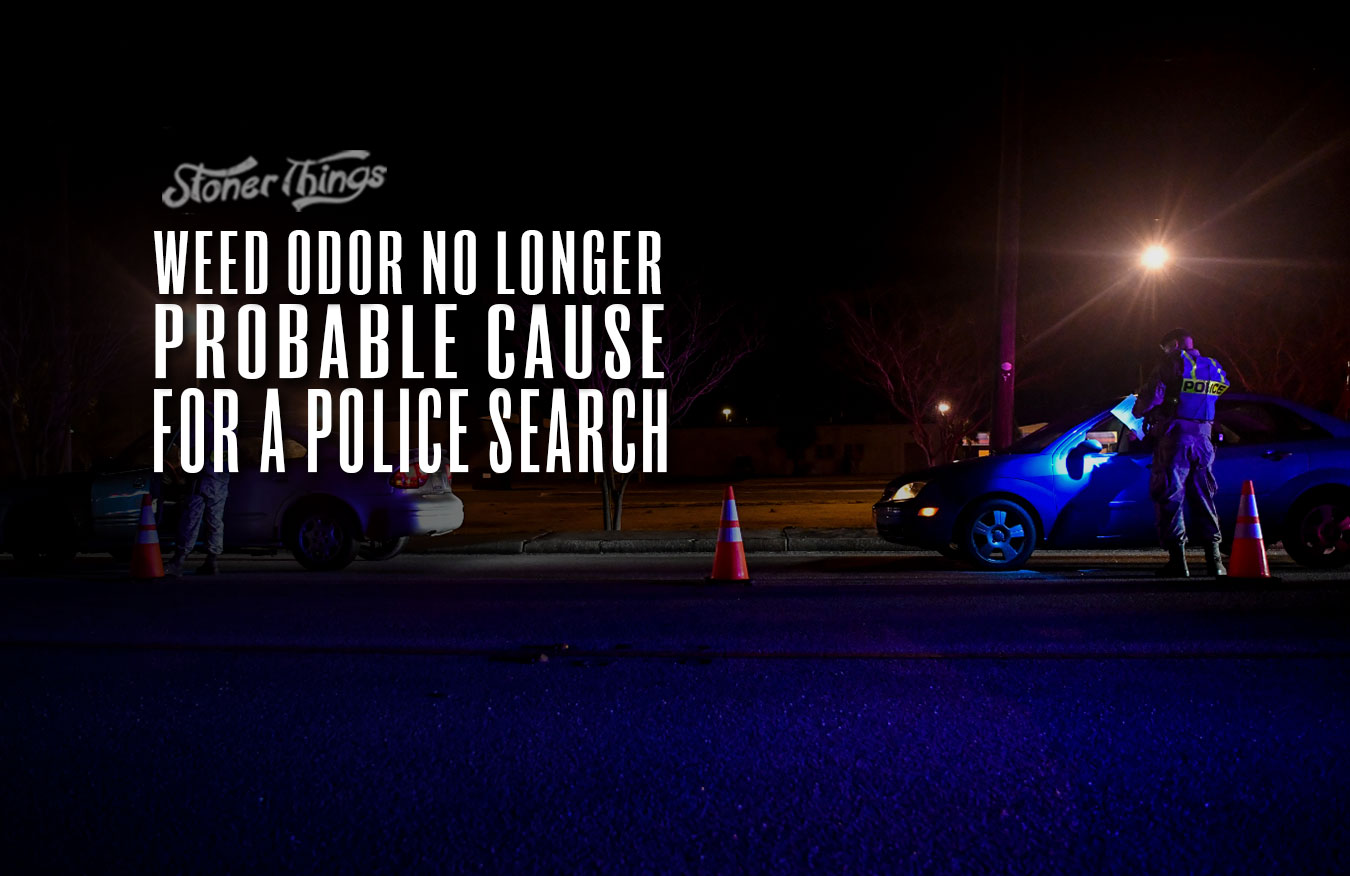 For decades, the police have used the smell of marijuana as probable cause to search a vehicle. That may be changing, as CBD products have a similar “weedy” smell, but are now legal across the U.S., making it impossible to detect the legal status with the nose. It’s not just human noses, either. It appears trained police drug dogs, or K9 units, also can’t tell the difference between marijuana and hemp. Now that hemp is in play, judges are starting to realize the precarious nature of previous legal precedent, and the tide may be turning away from smells being probable cause.

Courts don’t rule without a case, so a couple of cases have recently spurred rulings that will set precedent for other courts to overturn wrongful convictions. In Massachusetts, a grow operation was raided after officers said they smelled “unburned” marijuana. The case went all the way to the state’s Supreme Court, where it was decided that appellate courts have already agreed that the smell of pot by itself is not enough to establish probable cause that a crime is being committed. In Massachusetts it is legal to grow cannabis at home, but the limit is six plants for one person. In this case, the defendant had an 11,000-square foot growing operation. But the court agreed with the defendant’s lawyer, who argued the police couldn’t tell from the smell alone whether he was growing for himself or had a larger grow operation. In this particular case, the bust stood because the cops had “other reasons” to believe an illegal grow operation was located there.

What about while driving? The smell of pot isn’t enough to justify a search, again upheld by rulings dating back to 2011, but can trigger a search if the officer believes the driver is impaired. A recent case in Pennsylvania tested this as a man there was busted while riding in the car with his wife. The Associated Press reports “Timothy Barr, 27, was a passenger in the car driven by his wife that was stopped by state troopers on a traffic violation.” Even though he showed them his medical cannabis card, officers conducted a search. Judge Maria Dantos said that was, “illogical, impractical, and unreasonable.” She went on to chastise the cops, saying that their actions merely served to hinder medical marijuana initiatives.

It seems the courts know that medical marijuana exists, and that hemp is now legal. While police departments are still figuring out how the law is changing, for now court rulings will have to keep up their defense of the law and how those changes will impact citizens. That’s pretty much how it works, especially when the U.S. has a patchwork legal framework for cannabis legalization. Once it’s legal at the Federal level the likelihood of these cases ever making it to court will be minimal — because they’ll never need to happen in the first place.