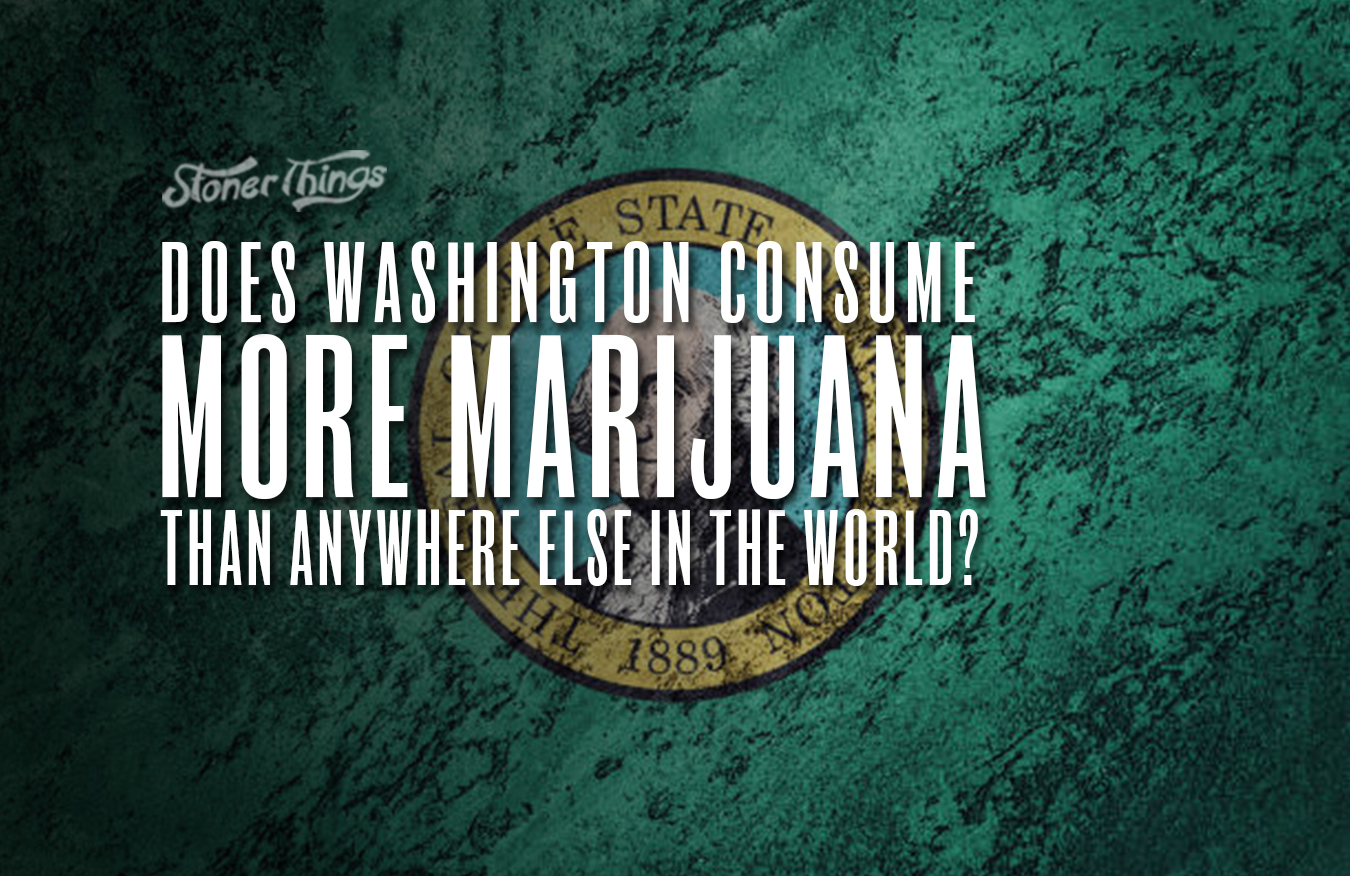 It’s been seven years since the state of Washington passed laws to tax and regulate marijuana. In that time, several other states have followed suit and decriminalized or outright legalized cannabis sales and/or consumption. For example, in 2014, Alaska and Oregon also legalized marijuana. Colorado was also part of the 2012 wave, but this all begs the question: Which state consumes more marijuana? Colorado still grabs a lot of headlines, as support for legalization remains contentious in its smaller towns. Well, proving there’s not a question researchers aren’t asking, an unusual test confirms Washington is tops in cannabis consumption. About that test…

How would you lay claim to “most consumed” of anything? You could track sales, of course. But does that equal consumption? Buying a lot of cookies or gummies might mean some aren’t consumed, and potency might be lower than concentrates. Do the prices reflect concentrations? No, there’s really only one way to test consumption that doesn’t involve surveying people. Surveys are largely unreliable, and if there was illicit use it’s unlikely a survey would record it. The way researchers determined the level of consumption in Washington? They tested the sewage.

As the horror movie villain says, “we all float down here” in the sewers and it seems cannabis is no exception. Of course, researchers weren’t looking for THC exactly (unless people still flush weed down the toilet). The study looked for THC-COOH in wastewater. As you might have guessed, THC-COOH is the “converted” THC the body “excretes” when it passes through the body. The study started analyzing the water around 2014, when retail sales began.

According to the study, cannabis use did go up. In fact, it nearly doubled between 2013 and 2016. Also, by analyzing the recorded (legal) sales with the wastewater data and correlating those to legal versus illicit sales, it appears legal sales bit into illegal (off site) sales significantly. This is exactly what proponents of legalization have been saying would happen, and it appears we have hard data to support that claim.

Really it looks like proponents were more than right as overall use in Washington in particular rose. Western Washington has the distinction of having the highest cannabis consumption levels in the world. The levels exceed Denver, Amsterdam, and over 60 other cities. All of that info from wastewater analysis from around the world!

What’s interesting to note as well is that the immediate effects of cannabis legalization in Washington were more proof that legalization leads to better health outcomes, increased tax revenues, and savings in criminal prosecutions. This report from the Drug Policy institute shows all of the beneficial outcomes from first legalizing possession, then opening up retail sales — in just one year. Fears of those against legalization really never materialized, like lower property values and higher teen use.

Of course, these studies should continue to monitor not just usage rates but the effects of long-term legalization and the impacts in society and industry. Now that you know how some of this data is collected, you may understand the dirty work that is sometimes involved in conducting scientific studies — but it’s definitely worth it.