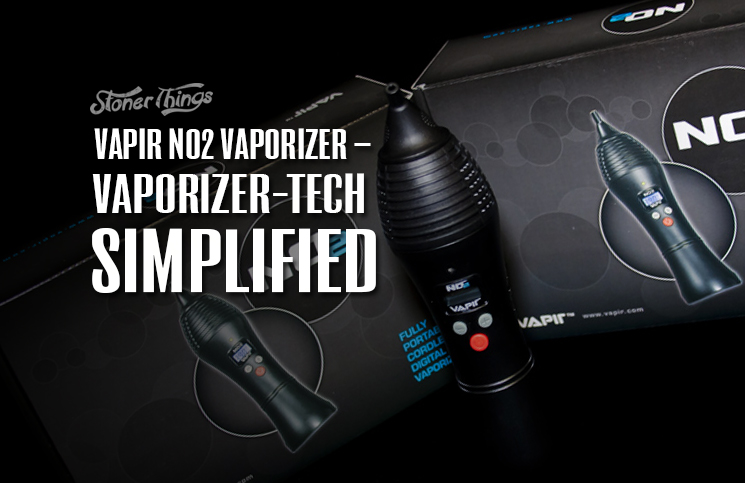 Vaporizers are fairly ubiquitous accessories in the stoner world by now, and the market has been positively inundated by a slew of cool, new devices. Vaporizer technology has really come into its own over the past few years, and manufacturers have gladly fed the demand with an increasingly varied assortment of innovative – and very effective – products.

Given the impressive performance of most the top models currently available on the market, very few products really stand out and make a favorable impression. When we received word of the launch of the Vapir NO2, we thought we were in for more of the same. As it turns out, we couldn’t be more wrong… 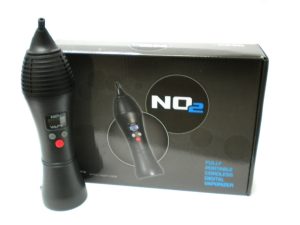 Right from the get-go, the Vapir NO2 impressed us with its clean lines and sleek form factor. A number of manufacturers have opted for an all-out, full-frontal techy approach to their designs, but the designers of the Vapir NO2 definitely marched to a different drummer. Clearly designed with ergonomics in mind, the Vapir NO2 almost invites you to fire it up immediately due to its sheer simplicity and sleekness. Don’t get us wrong: features are great, but a simple, classic design is a joy to behold.

And be-“hold” we did, as the Vapir NO2 is really quite a handy device. It fits neatly in hand, and can last about an hour on a full charge, which is good for about four sessions. To give you an idea of how much use you can get off a full charge, consider that the NO2 heats up in as little as a minute and a half. With that kind of battery life, this handy device is a great option for vaporizing on-the-go. If you would prefer more stationary dosing, you can also plug the Vapir NO2 into a wall socket, and heat it up to the proper temperature (more on this later) in even less time. 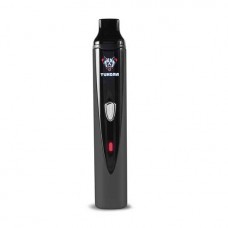 In use, the Vapir NO2 continued to impress. One of the simplest and most straightforward vaporizers around, the NO2 is a 2-piece unit comprised of a body and a top piece, which has a tube connected to it. It contains two screens: one in the mouthpiece and one in the heating chamber. This system ensures efficient performance while maintaining the flavor and potency of the herb.

A cool feature of the Vapir NO2 is that the parts can actually be replaced. This goes for the screens and the tubes connected to the mouthpiece. Considering that these components can get pretty gunky with frequent use (and trust us, you will want to use the Vapir NO2 almost constantly) the option to change out these parts for fresh new ones is a good thing. You can pick up screens and a 3-pack of replacement tubes from Legal Smoke Shop.

The Vapir NO2 generally provides satisfactory performance, but there are a few things to keep in mind. For one, although the manufacturer recommends heating up the unit from 375° to 385°, we found this a bit too high, resulting in a slightly burnt taste to the herb. We found that setting it to between 355° and 360° provided the best results. Once you get the temperature right, however, the Vapir NO2 could very well be your new favorite toy.