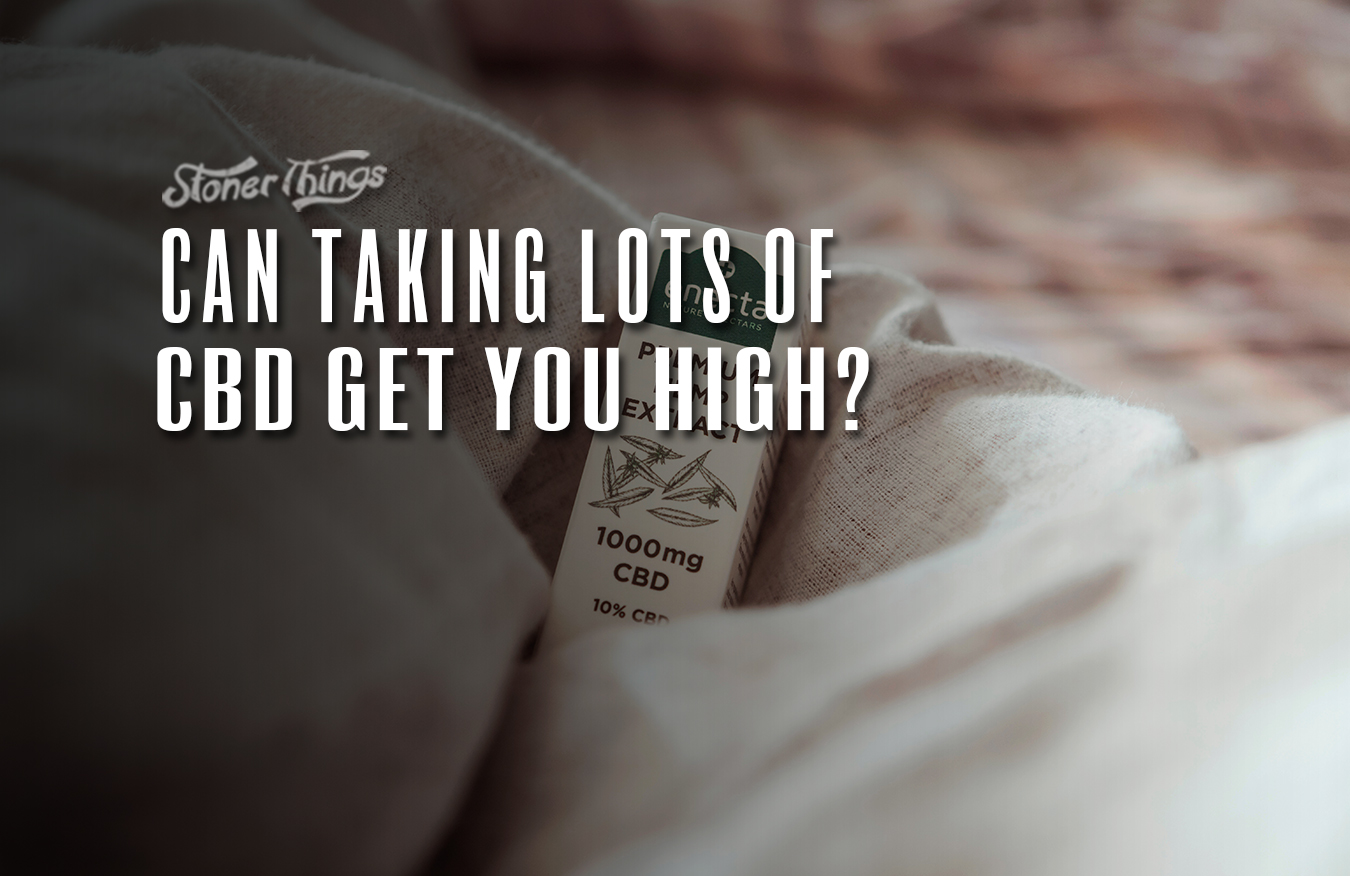 Now that cannabis is becoming more mainstream, we’re seeing a shift from “getting high” to “getting healthy.” There’s room for both, of course, but for many who use CBD, they’re not looking for a high. This begs the question: Can taking Cannabidiol in large amounts make you feel high? In this case, we’re defining “high” as the euphoric effect of smoking strains of cannabis with THC in it. Higher concentrations mean you feel more high, which can create a feeling of intoxication or mental fogginess. That’s a contrast to most CBD products, which focus on general feelings of wellness, but not euphoria itself.

There are over 100 cannabinoids in cannabis plants, and CBD has emerged as a mostly-legal alternative to some drug therapies. I say “mostly” because there’s still some restrictions on marketing CBD as medication or even therapy. The 2018 Farm Bill didn’t ease these restrictions, but did legalize hemp. Even so, CBD remedies can be found around the U.S., including in states where THC is strictly prohibited. In those states, the THC content of hemp plants are tightly controlled and monitored by state governments.

So, does CBD get you high? Nope. But what about large amounts? The theory goes that the trace amounts of THC in hemp could get you high if you take enough of it. That will depend on the purity of what you’re taking, really. If you smoke flowers of hemp plants, there are dozens of cannabinoids but the predominant one is cannabidiol. That compound won’t give you the “high” of THC, even though it reduces anxiety and has numerous other benefits. The flowers, the plant itself, can contain trace amounts of THC — but again, this is what states test plants for to ensure they don’t have concentrations above the legal limit. You would have to partake in copious amounts of the plant to feel high, however.

If you’re looking at CBD oil, there’s also a chance you could feel somewhat high because some products may have retained those trace amounts of THC. Again, states are likely to monitor and regulate these so the concentrations will be vastly lower than proper THC-based cannabis products. For some, the purity of their CBD products is a point of pride. Ultra-pure CBD oils and tinctures are marketed as having “no high” or similar side-effects.

As anxiety over CBD use wanes in light of accurate information, it’s important to dispel the myths of its use. Sadly, many consumers — and legislators — still equate CBD with THC, thinking the two both get you high. Both do have therapeutic uses, but only one is likely to give you that euphoric feeling. CBD reduces anxiety, along with numerous other medical benefits, but doesn’t get you high. Even so, we’re only just beginning to unlock its therapeutic uses. Hopefully the myths and stigma around it will continue to dissolve away as more research is done and usage increases.