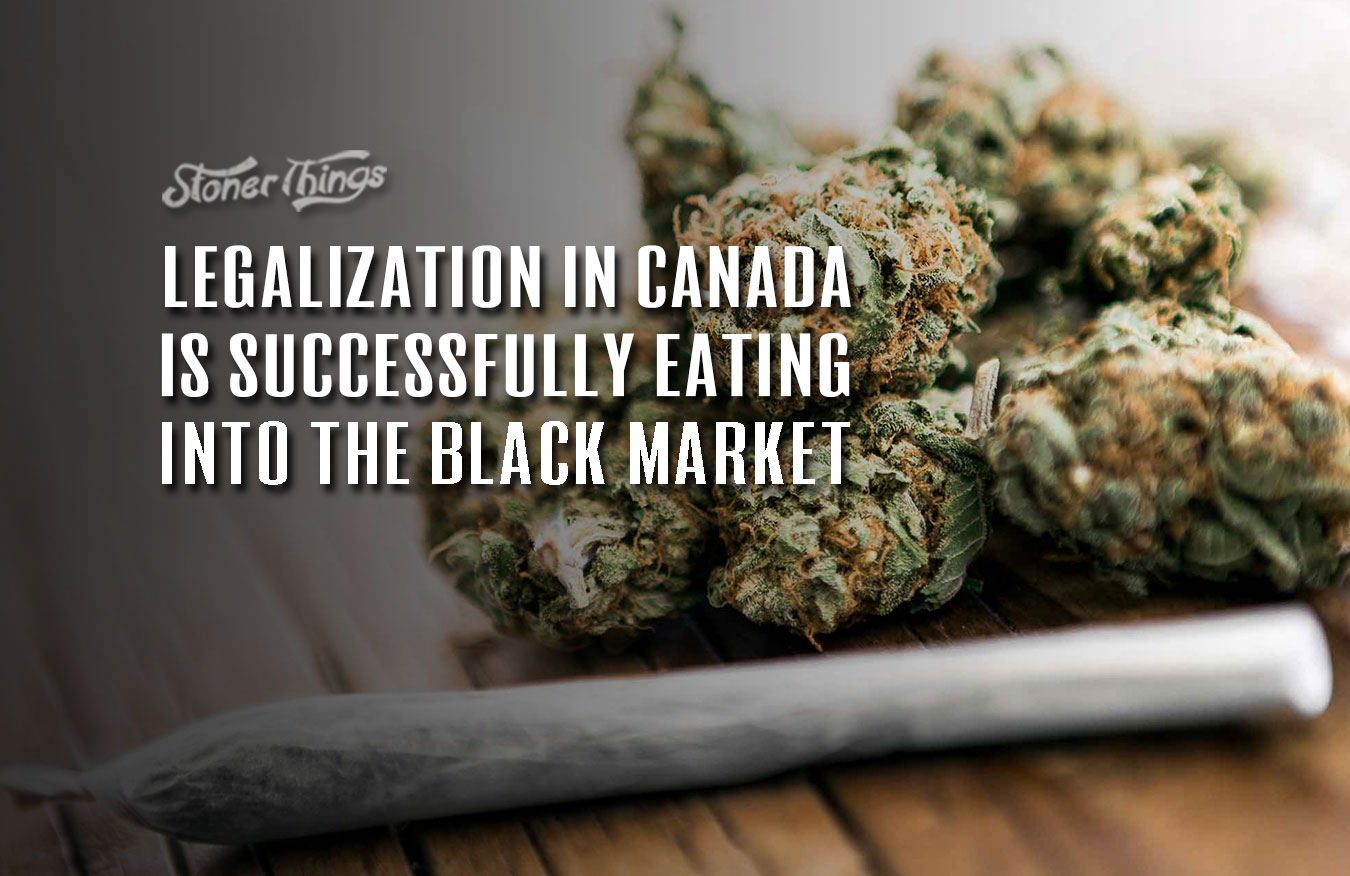 One of the biggest arguments for legalizing cannabis in various states has always been to reduce the size of the illicit black market drug trade. While this has been an idea, it’s been relatively difficult to collect and solidify any evidence.

However according to data published in the Health Reports journal, a large percentage of Canadians are no longer obtaining cannabis and cannabis products from illegal sources.

For three years, an investigator assessed patterns in marijuana use of Canadians before cannabis was legal and for the 2-year period after legalization.

Canada legalized marijuana in 2018. In 2019, 47% of participants reported that they had purchased cannabis from legal sources. However, in 2020, this number jumped up to 70% as more recreational dispensaries opened and became accessible to more people.

There are a few outliers, though. The study also included respondents who were as young as 15 and older, who would always have had to obtain cannabis from illegal sources since the law in Canada requires people to be aged 18 or older to purchase cannabis legally.

“One of the goals of legalization was the elimination (or substantial reduction) of the cannabis black (illegal) market and consequently keeping profits from criminals and organized crime,” the author wrote. “According to this study, there is some evidence that this may be working.”

They conclude: “This study spans three years – from before legalization to about two years after. It provides a picture of the law’s impact on cannabis use and related behaviors given the more established legal cannabis industry better equipped to compete with the black market on price, convenience and selection. Findings demonstrated that change is continuing, and, as before, some cautions and some assurances remain.”

Now that there’s concrete evidence that legalization can help diminish illicit markets, the argument for legalization grows stronger. There’s a huge possibility that cannabis could be legal practically everywhere in the next few years.