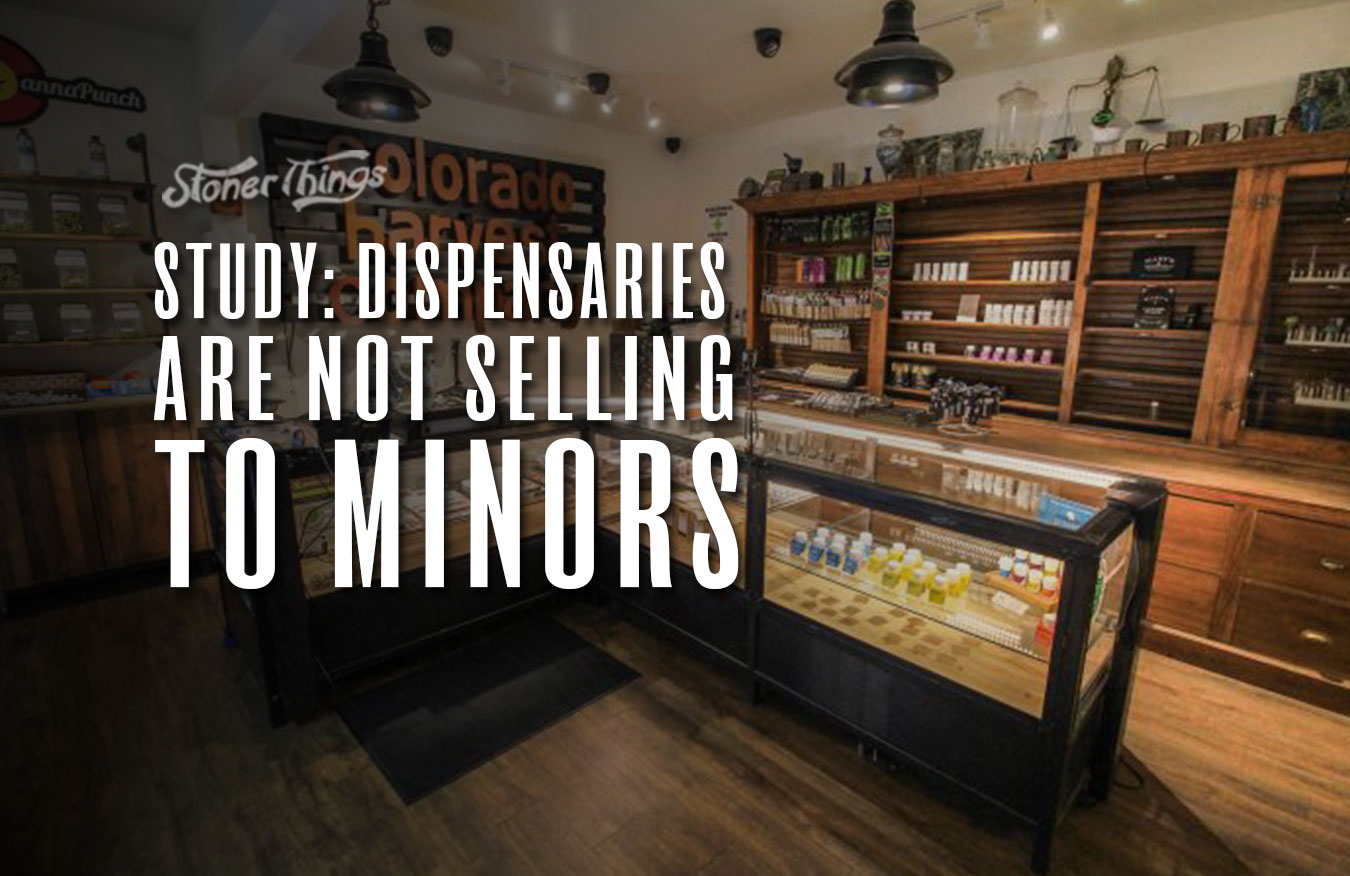 A major concern that surrounded the effort to legalize was the notion that kids would get their hands on more pot if it were somehow “more available.” Of course, in every state with legalization there’s been a regulatory framework established that’s been heavy on legal, regulated dispensaries. These shops have to go through a lot of scrutiny to be approved by the state, and one minor screw-up can have their license to sell marijuana revoked. Prohibitionists have been using the same scare tactics since the prohibition of alcohol, however, and this generation’s anti-legalization advocates have used a similar playbook. That’s why it’s helpful to have studies that show whether these scary notions — like minors running amok with drugs — might not be rooted in reality, after all. A study in the Journal of Studies on Alcohol and Drugs says exactly that.

When you purchase alcohol or tobacco, the person selling you those things has to check your identification. If you ask anyone who’s ever been a teenager, you’ll find out pretty quickly that there was always that “one store” where you had a chance to skip the ID check and buy booze or cigarettes. While the U.S. has increased the age to buy tobacco to 21, it’s been that way for alcohol for a few decades, and it’s always been that way for legal pot. The thing is, legal weed is a much newer phenomenon. And in the recent study, researchers found that most dispensaries are “highly compliant” and are doing a great job keeping in line with the law, and keeping legal weed out of the hands of minors.

According to that study, Colorado shops refused to sell to underage customers 92.6% of the time — a rather remarkable number. The study saw a lower rate in Washington, however, with a rate around 86%. The study points out how highly scrutinized the marijuana industry is, however. It’s logical to assume oversight will be tighter, especially with as new as the legal industry is. Plus, obtaining a license to sell cannabis isn’t easy, and certainly not as easy as being allowed to sell alcohol or tobacco (depending on where you live). This, plus concerns of Federal crackdowns, seem to be keeping sellers honest. Although it doesn’t mean kids can’t just buy it on the black market or from an adult they know.

Compare this enforcement of policy to tobacco. As early as 1990 one study showed that despite “youth access” laws on the books in 44 states, almost none were actually being enforced. The tide had started to turn in the 1980’s, but tobacco laws really started to change in the 1990’s and into the early 2000’s, with an increase around health and policy. Many remember unattended cigarette machines that anyone with a couple of bucks could use to obtain tobacco. Nothing like that really exists when it comes to cannabis, although it’s conceivable that with modern tech a proper age verification process could be utilized to enforce the laws, even on automated dispensaries (which don’t really exist just yet due to the laws as written).

Even so, today’s tobacco laws are still unevenly enforced. JAMA Pediatrics published a story in 2018 that indicated “more than half” of stores may still be selling tobacco to teens. That’s a much higher rate than the ~13% that sell cannabis to minors in Washington. Nevertheless, it’s risky for dispensaries to risk their operations that way. You might just get a fine for selling tobacco, but you could lose your entire business by selling weed to anyone under 21.