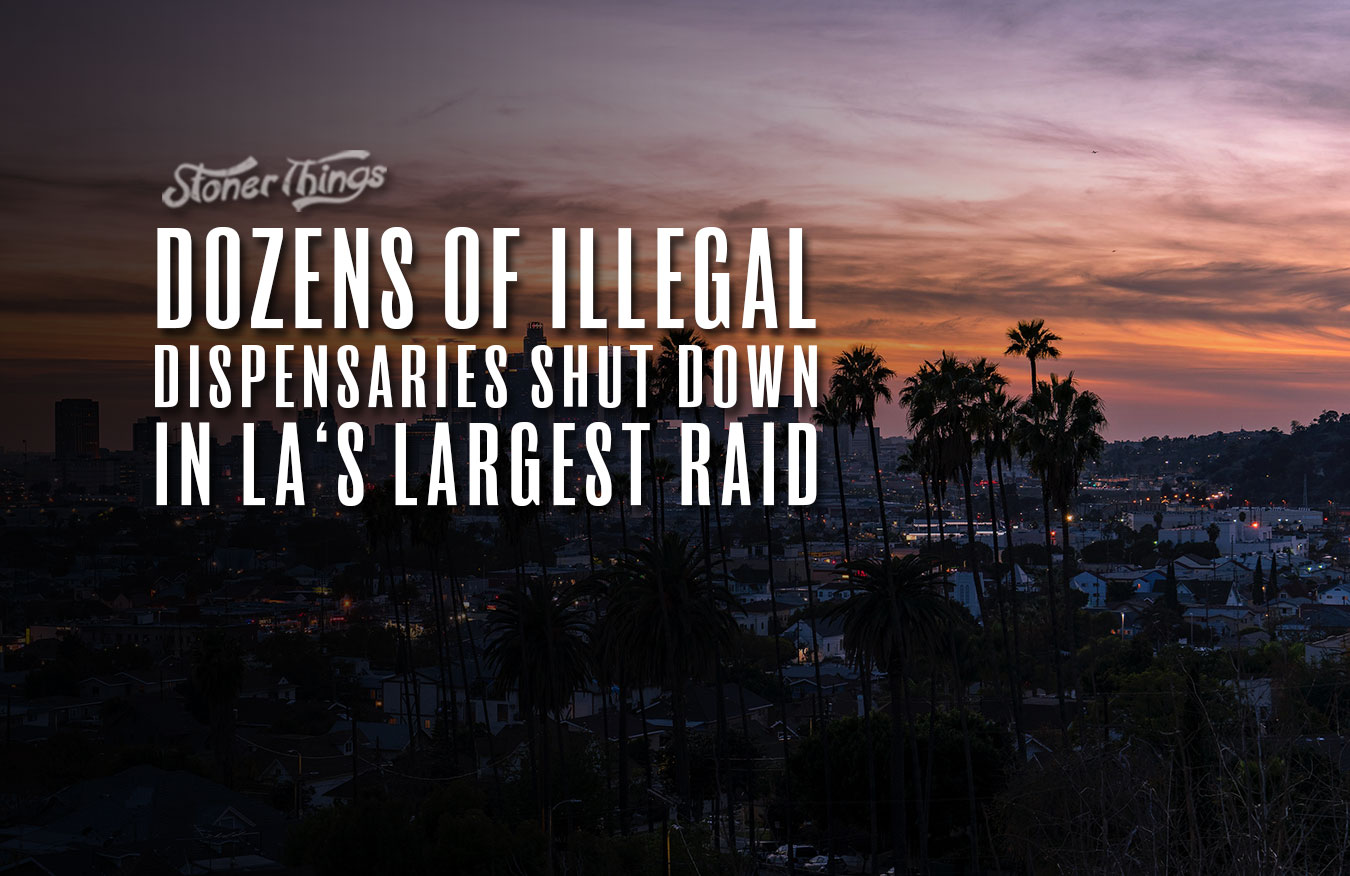 Although legal cannabis in California has largely been a success, there has been a downside with black market shops and products. The state has struggled to keep a lid on counterfeit products in the past, and even unlicensed dispensaries have cropped up — prompting a recent crackdown in Los Angeles. This latest raid is the largest one yet, resulting in the closure of dozens of illegal dispensaries.

The LA Times reports 24 shops were raided, netting $8 million in goods at the dispensaries. The unlicensed dispensaries are sidestepping taxes, and often selling products that sidestep testing procedures aimed at guaranteeing quality. Cheaper products are the result, but at the risk of the consumer. The United Cannabis Business Association applauded the raids for that reason, noting that enforcement efforts have played “whack-a-mole” over the past 2 years. This comprehensive raid shut down several places at once and took around 10,000 illegal vape pens.

NORML has also commented on the black market situation in California, but particularly in Los Angeles. The city has become the front line against unlicensed shops. Other cities aren’t seeing the same number of illegal shops, which the Times found numbered as many as 200 across the city at one time. In fact, across California the black market is three times as big as the regulated weed market.

Regulators say they’re not done, and it’s likely that the battle against illegal products and dispensaries is far from over. The primary reason these exist is profit. Critics may point out that the state places onerous demands on producers and sellers, but consumers benefit from knowing exactly what’s going in the product and knowing the dispensary they visit has a baseline of quality standards. Is the cost difference enough to justify the increased safety of the product? It’s a question that calls to mind the meat-packing plants around the turn of the 20th century, before federal standards mandated certain safety protocols and created an inspection regimen. Decades later, consumers are happy to pay the cost of a safe product. It’s likely that the battle for properly-inspected cannabis will go the same way. In time, the illegal dispensaries may be more in the minority than the epidemic they are now.

Meanwhile, California’s Bureau of Cannabis Control says the majority of these shops are in Southern California, and they receive a steady stream of complaints over time. A spokesman says they get hundreds of them, in fact, but didn’t say how many result in enforcement action. With hundreds of fake shops out there, and busts a couple of dozens at a time, it will take a while to balance the scales.