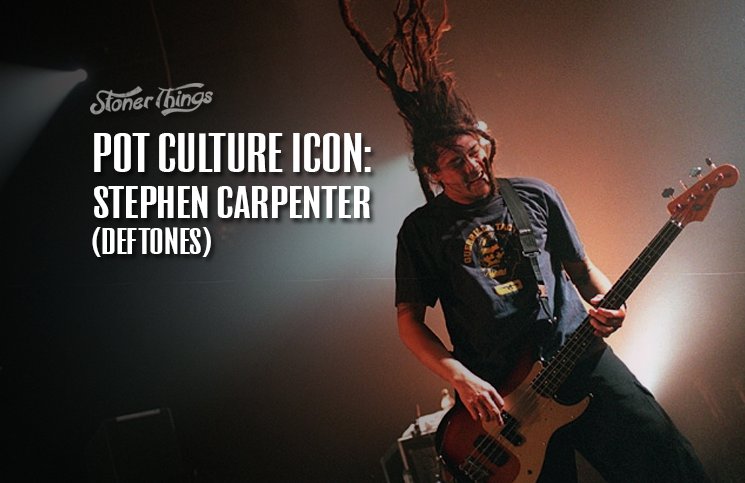 Guitarist for the Cause: Stephen Carpenter

Stephen Carpenter, the guitarist for Deftones, has never been shy about his fondness of marijuana.  Following a recent interview with Guitar World, the interviewer described how he watched Carpenter roll an ample-sized “spliff,” mid-interview.  And once he lit the joint, he didn’t attempt to pass it.

Carpenter, along with his bandmates, Chino Moreno (vocals), Abe Cunningham (drums), and the late Chi Cheng (bass), started Deftones while they all were still in high school.  “Our common thread was our love of music and weed…weed is a musician’s tool, at least that’s how we use it.”  When asked if he used it for writing, or recording, or performance, Carpenter smiled and said, “All of the above.”

A tool for musical experimentation 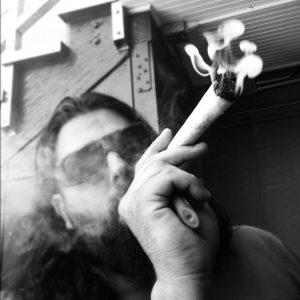 Of course, Deftones isn’t the first band to use marijuana as a tool to expand the musical experimentation.  But Carpenter seems more than willing to carry the flag of legalization into battle.  “I understand that (marijuana) isn’t for everyone, but is that reason enough to make it hard on those who can use it productively.”  It wasn’t until after being on the cover of High Times Magazine that Carpenter realized he was speaking for his generation on the legalization of marijuana.  And because of his shy nature, perhaps that was the best way for that to unfold.

Deftones released their debut album in 1995, the same year Korn released their debut.  With both acts coming out of different cities in California, there was a respectful competition between the two bands, both of which ushered in what the music press dubbed, “Nu-Metal.”  And while Korn dominated the charts in those first few years, it’s of little surprise that Deftones would eventually surpass the success of Korn.  When Carpenter was asked why Deftones were able to stay relevant in an ever-changing musical landscape, he answered, “I guess because we never tried to be something we weren’t.”  The interviewer then asked what was their secret weapon.  Carpenter began to laugh as he simply lifted his joint into view.

Be sure to check out our other Pot Culture Icons to see who else is lending their voice to the cause.