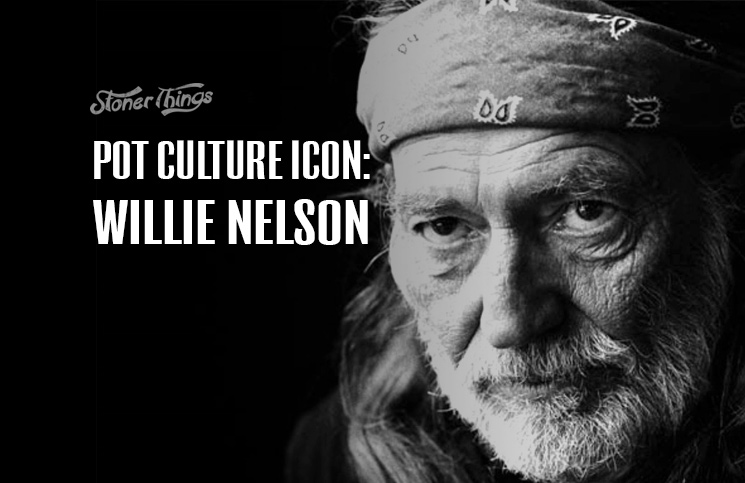 No one man who has been arrested several times for possession of marijuana (over four times in Texas alone, where he was born), has been as important in the legalization of the marijuana movement as Grammy-winning, singer-songwriter, actor and activist Willie Nelson.  As the Co-Chair of NORML, this 80-year-old American icon has lived the life of the outlaw with a heart of gold. He has long been advocating the benefits of marijuana in both spiritual and practical realms.

Simply put, Willie Nelson stands for everything that is good and right in the American character.  Of course, the terms, “good,” and “right,” are subjective, but when the Red Headed Stranger stands up for a cause, it’s a safe bet that it’s from a place of tolerance, goodwill, understanding and freedom of choice.   For the benefit of this article, and the time and space allotted for it, the focus will be his unwavering support for the legalization of marijuana.

In 2005, he hosted the 1st Annual Willie Nelson and NORML Benefit Golf Tournament, which garnered him the cover photo and feature interview of High Times magazine.  In the interview he stated that marijuana has never hurt anyone who didn’t want to be hurt to begin with; the fact that possession of the plant is illegal in the U.S. is not characteristic of what its founders intended.  “I smoked weed on the roof of the White House in 1980,” he stated.  “Not many people can say that.”

One of the First Pot Culture Spokespersons

In 2010, following another in a long line of possession of marijuana charges, Nelson created the Tea-Pot Party under the motto, “Tax it. Regulate it. Legalize it!”  As always, Nelson has never missed an opportunity to use his celebrity to bring attention to something that he truly believes in.

Perhaps the title of his latest biographical book, named after one of his songs from the 70’s, published in 2012, says it all:  Roll Me Up and Smoke Me when I Die: Musings from the Road.  For Willie Nelson has never been afraid to take the road less traveled, and it shouldn’t be long before he is On the Road Again.