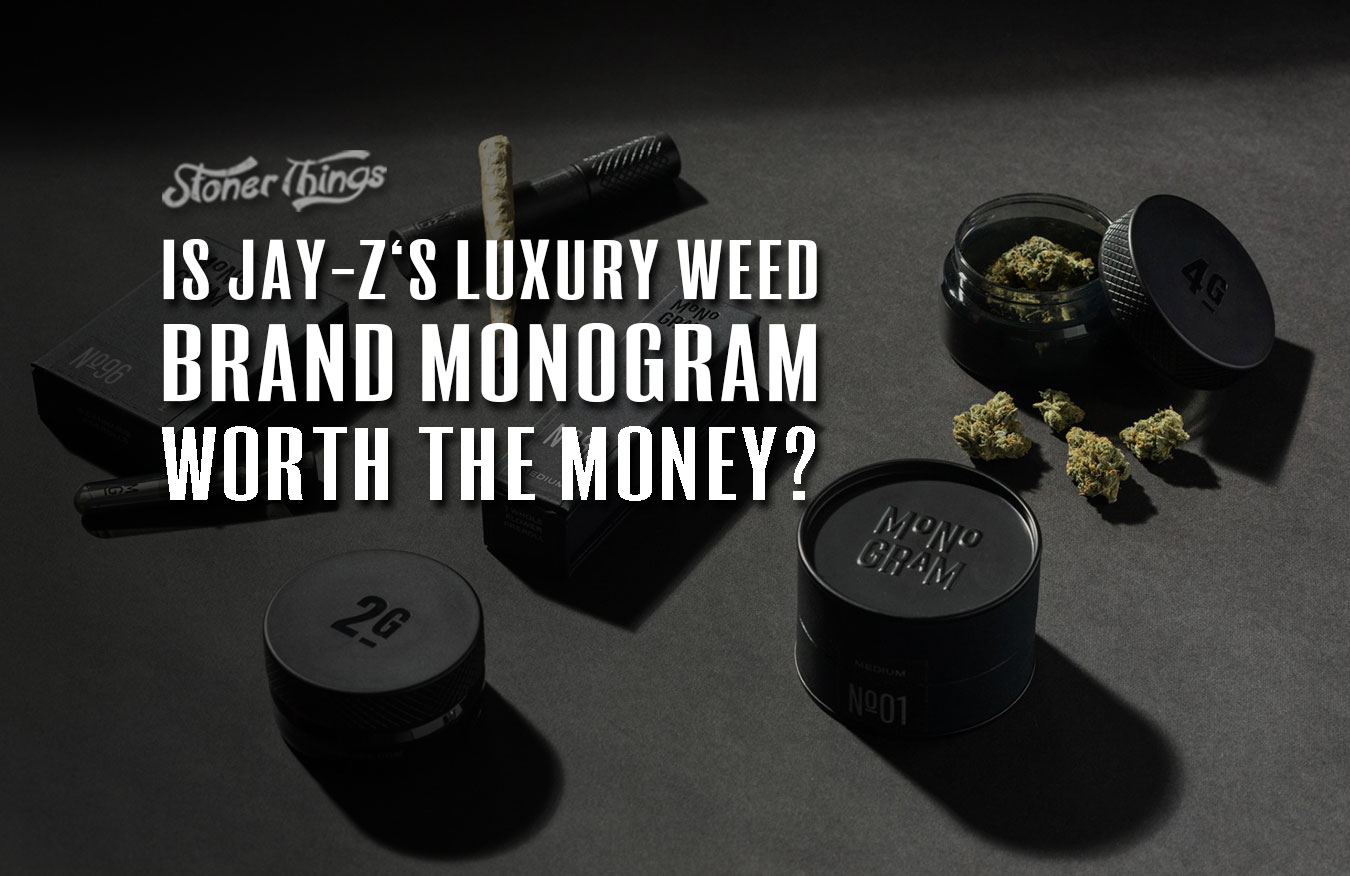 Jay-Z is cultivating a brand for his entrepreneurial weed enterprise named Monogram. Of course, a monogram is a special mark of distinction, found on high end clothing (before you could get it done at the mall or online for cheap). A monogram has historically been a sign of wealth and class, and Jay-Z’s weed is positioned in the market thusly. A “luxury weed” may sound nice, but is it as good as what it costs?

Shawn Carter, aka Jay-Z is not known for his propensity to smoke weed, in fact. He’s referenced it a few times in some songs, but unlike other hip hop artists, he’s not made a brand or career of it. In fact, he’s stated that he’s not a huge toker. Obviously there are rappers, like Snoop, who have built their careers on cannabis. Jay-Z has remained supportive of legalization, but isn’t necessarily steeped in weed culture. Even so, his brand is doing good things and doing them well. In fact, Forbes reports the man behind the company that acquired Monogram says Jay-Z isn’t just some celebrity figurehead. “He’s a real executive,” says Michael Auerbach, CEO and founder of Subversive Capital Acquisition Corp.

That’s good news for connoisseurs, because the Monogram weed is marketed as high end stuff. However, some of the labeling and marketing may confound regular dispensary visitors. Monogram does away with THC scores and instead uses “light”, “medium” and “heavy.” They also don’t tell you whether you’re getting Indica, Sativa, or a hybrid, instead using flowery marketing language to explain the high. As you might imagine, the “light” product is for getting stuff done, and the heavy stuff is for “maximum bliss.”

So how is it? Pretty good, in fact. Grown inside in California, and here’s a quick breakdown of our impressions:

Monogram No. 1 reminds us of an OG cross, with the similar high of sensory enhancement and a good body buzz. This is considered a medium, and it did feel like a sort of middle-of-the-road, especially compared to a heavy from Monogram.

That would be No. 3 heavy, which has so many trichomes it looks practically frozen. They have a complex bouquet, with sweet and spicy smells, and that is not unlike the smoke itself — which is also spicy and sweet. These are $40 for two grams, living up to the luxury branding.

Of course, these are just nugs, and Monogram sells some pricey hand rolls as well. The 1.5-gram handrolls are chock full of primo stuff, not machine ground, and lovingly rolled by hand. However, it does seem some of the terpenes were missing, a byproduct of most hand rolls. $50 for 1.5 grams is a lot for some, but it’s a bit like buying a bottle of champagne rather than a beer.

In all, Monogram makes amazing weed. It’s a little more expensive, and eschews traditional labeling, but that’s the point. Plus, Jay’s business gives back, providing funding to social justice programs that help people who were negatively impacted by the drug war. Monogram is weed you can feel good about and feels good to smoke.