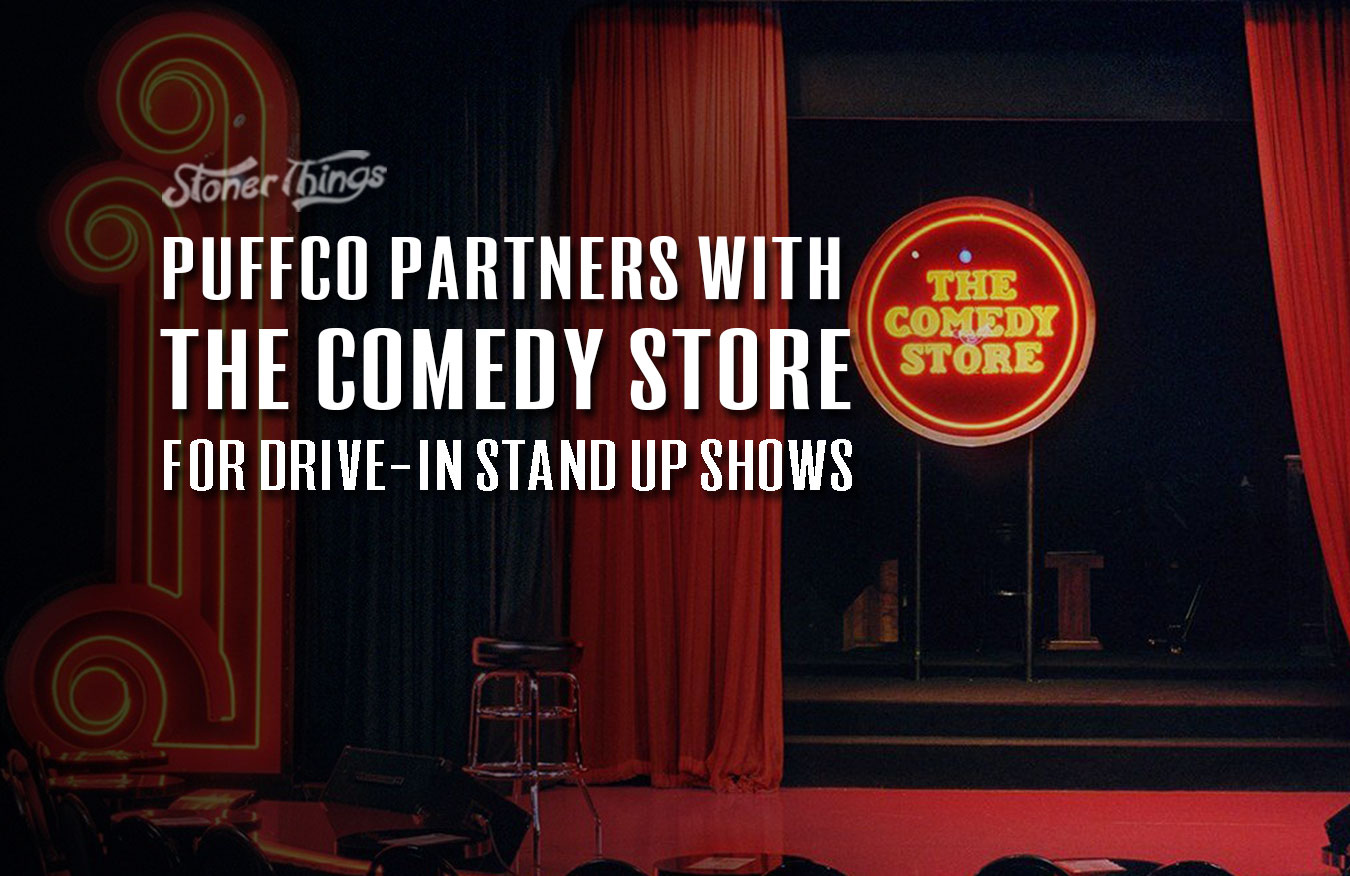 One of the harder hit sectors of the job market due to the pandemic has been live performance. Sure, musicians and comedians and even theatre actors have had opportunities to ply their wares on various meeting and streaming platforms, but there’s just no substitute for a truly live experience. If you can combine your favorite smoke with some outdoor live experiences, all the better, right? That’s exactly what Puffco aims to do in Los Angeles, with a “comedy drive in.”

The company is partnering with The Comedy Store to bring a dazzling array of top comedians who will perform in the open air, just like a drive-in movie but with comics instead of film.  If you didn’t know, “The Store” has been a home for comedians in the entertainment capital of the world, Los Angeles, since the 1970’s. For many comics, it is hallowed ground. There’s even a parodic version of the venue in Grand Theft Auto V. Two of the three founders were the parents of Pauly Shore, Sammy and Mitzi Shore. Rudy DeLuca, the other partner, worked with Mel Brooks on a regular basis. It has helped launch many careers, but more importantly is a central hub for comedy in LA, with amateurs and world class pros showing up almost every night to try new things out, polish old bits, or give superb smaller shows.

Open air shows aren’t a new idea, obviously, and the drive-in style show was used in Atlanta and elsewhere during Joe Biden’s presidential campaign. However, LA is still faring badly in the pandemic — for a variety of reasons — and it’s prudent for a venue to provide a platform for comedians in as safe a manner as possible. Especially for those who have yet to be vaccinated.

The event has been carefully planned, with Puffco announcing that everything will be contract-free, even ordering and getting food from food trucks that will be parked at the venue. The show won’t be at the club, but in the parking lot of the Rose Bowl — a place with ample space to accommodate the all-star line-up of comedians. Those include David Spade, Fortune Feimster, Iliza Schlesinger, Jeff Ross, Whitney Cummings, and Bill Burr, hot off his stint in two episodes of The Mandalorian. The show runs March 26 and 27.

For these types of shows, operators have been charging a high price for tickets, but a $200 ticket in this case is good for up to four passengers in a vehicle (no word on stretch limousines). Those who attend must be 21, just like The Comedy Store itself, but also because it’s a weed company involved in the show. For its part, Puffco has been diligent in planning, noting that anxiety has risen as the pandemic has dragged on, and they hope to provide — literally — a little comic relief as citizens are getting vaccinated, and waiting their turn.

Puffco labels itself as an innovator in the vape space, and does have a dizzying array of well-designed smoke products including glass, atomizers, and much more. It’s very likely that some of those products will be used at this comedy show, since smoking inside The Comedy Store isn’t allowed. Weed and comedy, a perfect fit!