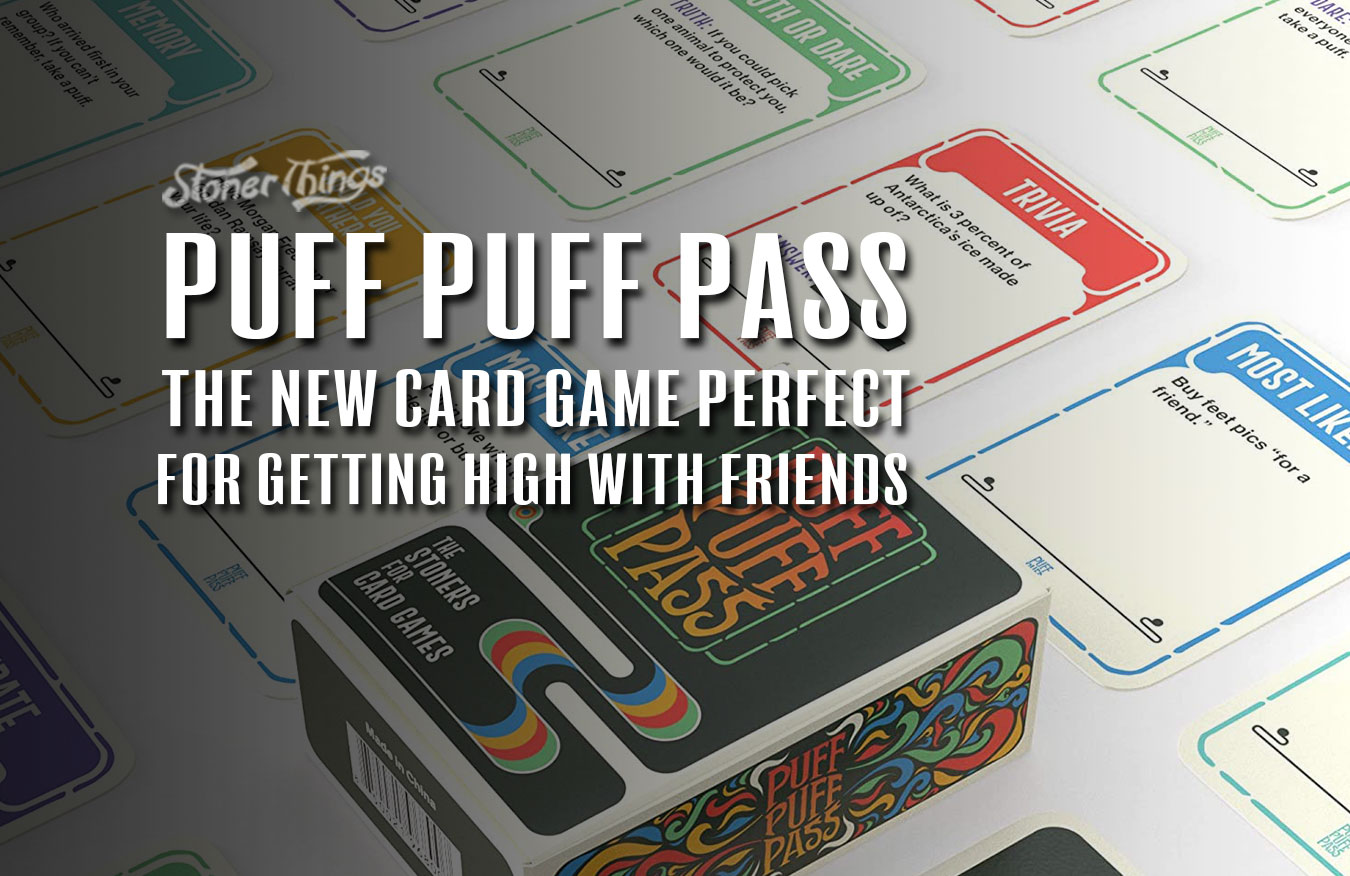 Since the 1970’s there have been weed-themed card games. Grass, based on Mille Bornes, has you playing a dealer trying to sell weed without getting busted, and came out in the late 70’s. Today, there are dozens of games with cannabis themes, but they vary wildly in quality. Some are merely cosmetic reskins of simplistic board games, while some are highly imaginative and actually fun to play during a sesh with friends. A new card game called Puff Puff Pass is the latter, with an aim to make your next sesh more fun.

How to play the Puff Puff Pass game

While high you might not want to take the time to set up a complicated game like Gloomhaven and you may not be in the mood for a full-on RPG like Dungeons and Dragons. You just want to kick back and chill and get some good conversations going, and that’s what Puff Puff Pass is all about. There are over 100 cards with thought-provoking questions, theories, or ideas on them. That may not sound like much of a game, but there’s a twist: The Bluff. You can make up a fake trivia question, and if people don’t figure it out they have to give to a charity.

In fact, there are a few twists on the classic “Book of Questions” style the Puff Puff Pass game is rooted in. For those who don’t know, the Book of Questions was published in 1987 by a psychologist with over 300 questions meant to shock and entertain people who were bored. This was before the world wide web, so people actually got bored. One of the questions: “How would you react if you learned a sad poem that touched you deeply was written by a computer?”

Puff Puff Pass’s questions are more like conspiracy theories and trivia, but there’s also a fair amount of those “brain benders” to keep the conversations going. And while there’s the Bluff card for trivia, there are other cards for the conversation-starters, too. Truth or Dare cards force players to act on some of the conspiracy theories presented in the deck, and Would You Rather asks that question for a variety of scenarios that spark more discussion with friends.

There’s also Debate cards, which may or may not be a chill play to make, depending on the topic. There’s also Most Likely To, which can get ugly if you say someone is most likely to cheat or steal from someone else. Of course, these are all in good fun and you can always play a Choose Your Character card to start acting like someone else.

There are a couple of other cards that use QR codes for memes or test your memory, too. The most important card might be the Puff card, which directs everyone to take a toke. Obviously for a weed game that’s pretty important — unlike the score. In fact, there is no scoring and no “goal” because it’s just meant to spark activities while hanging and smoking. If you want to take a break from watching screens while you toke with others, Puff Puff Pass may be the perfect remedy.