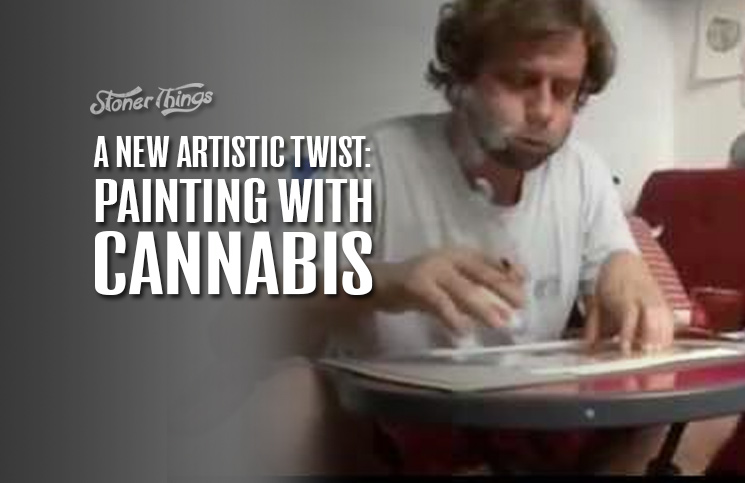 Marijuana lends itself to art, and anyone who has smoked the stuff knows it. Music, literature, drama: All can be improved by a bowl, a bong, or a big fat joint. 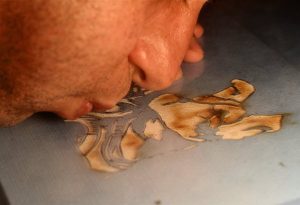 But for some tokers, that connection runs especially deep. Take Fernando de la Roque. A painter and visual artist, de la Roque has devised a new way to link weed and creativity: painting with cannabis itself.

De la Roque, a Brazilian artist, has taught himself how to use marijuana smoke to create images on canvas. He “stumbled upon” the idea in 2009, he says, and his work since has stunned artists and art appreciators alike.

The process is fairly simple. First, he makes a stencil, often using images of religious, cultural, or political figures that are known to the wider public. Next, he puts the stencil on custom-made paper. And then he turns to the pot. 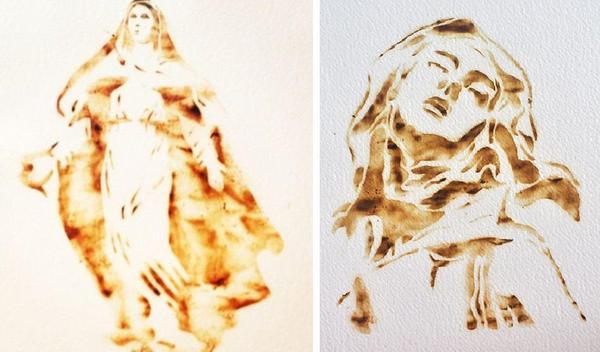 De la Roque, who favors joints, inhales, puts his face close to the paper, and blows smoke onto the stencil. The smoke leaves a yellow-brown stain on the area outlined by the stencil. The resulting image reflects a unique artistic view of the figure he has stenciled.

Of course, the idea isn’t merely to enjoy cannabis or, for that matter, to create meaningful art. It’s about doing both at the same time. Without the art, the weed would be less fun; without the weed, the art wouldn’t delve quite as deep.

It typically takes about a week to create each image, and it requires a lot of marijuana. De la Roque says he smokes up to five joints a day just to provide the smoke needed to make each image. Even the most dedicated pothead might have a hard time keeping that routine going day after day. 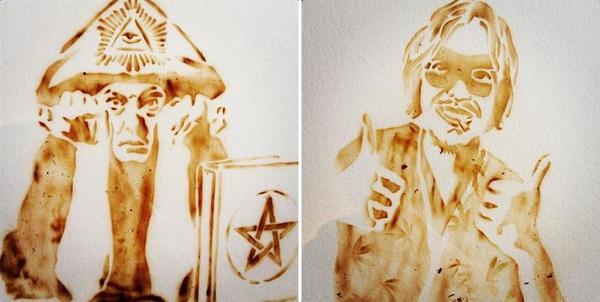 Artistic blend of marijuana and art

Of course, the high is one big benefit of de la Roque’s art. The other, naturally, is the painting itself. He is much more than a stoner, and his creations owe at least as much to his artistic soul as they do to his pot habit.

De la Roque is hardly the only painter to smoke so much cannabis, but he is almost certainly the first to put it all to such good use. And it’s brought him a fair amount of cash.

Marijuana is prohibited throughout Brazil, but that hasn’t put much of a damper on de la Roque’s creativity or success. The drug is tolerated in most of South America; the small neighboring nation of Uruguay has even legalized it. 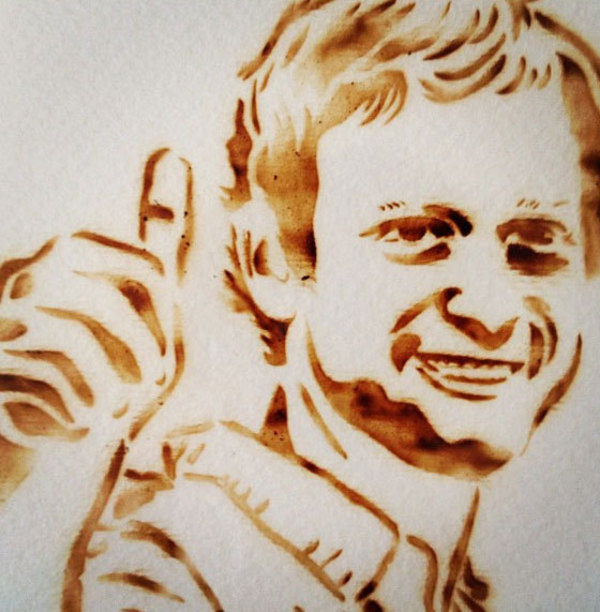 De la Rogue frequently pulls down as much as $2,500 for his paintings. It’s unclear how much of that he takes home, given the expense of all that pot, but he says it’s enough to make a decent living. That’s better than the average painter.

He isn’t the first or only artist to link marijuana directly with visual art. Cliff Maynard of Pennsylvania creates mosaics out of used roach papers. Some fingernail artists use the drug to create freestyle nail art. But it’s probably safe to say de la Roque has taken his art – and his love of cannabis – to a whole new level.