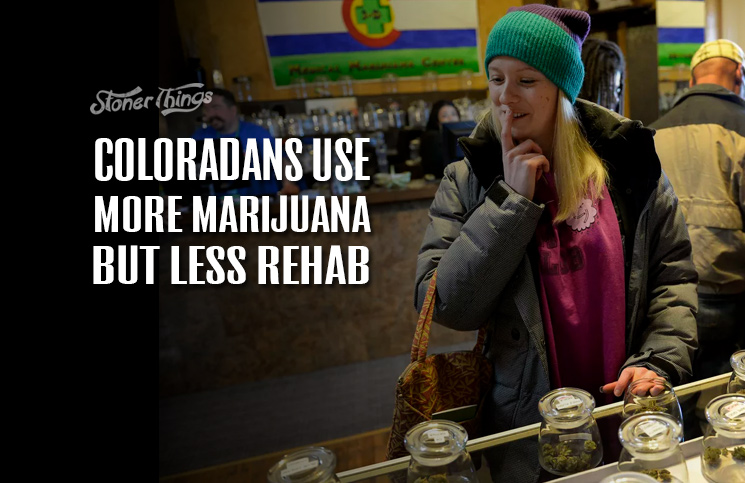 Fewer Colorado residents are seeking treatment for marijuana addiction, but those who do are using the drug in greater amounts, according to a new report from the state’s Department of Public Safety.

The study, published in April, is the first effort by the state to track how cannabis legalization has affected public health and substance abuse trends. The Department of Public Safety found that in 2014 more than a third of patients in rehab programs reported using pot on a near-daily basis; seven years earlier, less than 25 percent of patients reported such frequent use.

At the same time, the study found fewer Coloradans have sought treatment for marijuana abuse since 2012, when voters legalized the drug for recreational use. The drop in rehab admissions likely resulted from courts forcing fewer people into addiction therapy following conviction for cannabis offenses, the study found.

The report, which examined a wide range of ways legalization has affected public health, adds to evidence the 2012 vote has changed the way some adults use marijuana. The study also looked at tax revenue and youth drug use, among other trends.

Marijuana use has been increasing steadily since 2006, according to the Department of Public Safety, predating the move toward legalization that started in the late 2000s. The increase also started before the boom in medical marijuana dispensaries during the same period.

While the report found a sharp increase in emergency room visits related to cannabis use, it also found a similar drop in arrests and citations. Wide racial disparities in marijuana arrests remain, however.

Jack Reed, the analyst who compiled the report, cautioned the numbers shouldn’t be read as a final statement about the impact of legalization. Previous efforts to gather data on the subject were too scattershot to provide a solid baseline for comparison, Reed said.

“It is too early to draw any conclusions about the potential effects of marijuana legalization or commercialization on public safety, public health, or youth outcomes, and this may always be difficult due to the lack of historical data,” he wrote.

Coloradans increasing openness regarding marijuana use may skew results

Among other discrepancies, Reed said, legalization may have led Coloradans to be more honest in how they describe their cannabis use. That may make it appear as though emergency room visits and other consequences of drug use are rising when in fact people are simply being more open on the subject.

There are also shortcomings in the way state and local officials collect and standardize their information. Reed’s finding that arrests and citations exploded in Denver, for example, resulted in part from inconsistent data provided by the city.

Before 2014, Denver officials under-reported the number of tickets issued for civil marijuana infractions. Those issues have improved in the months since Reed started collecting statistics, said Dan Rowland, a spokesman for the Denver Office of Marijuana Policy.

“Our baselines that we have now are going to be better,” Rowland said.

But Andrew Freedman, who coordinates cannabis policy for Gov. John Hickenlooper, said the April report identifies problems for state officials to keep an eye on in the future. 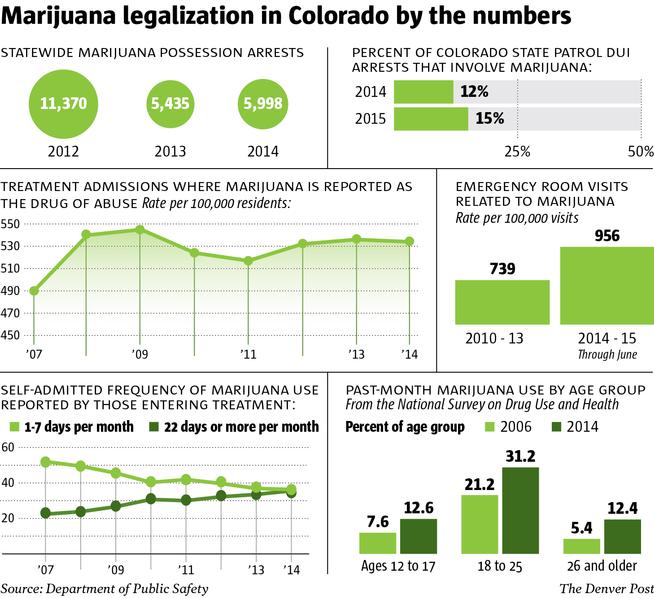