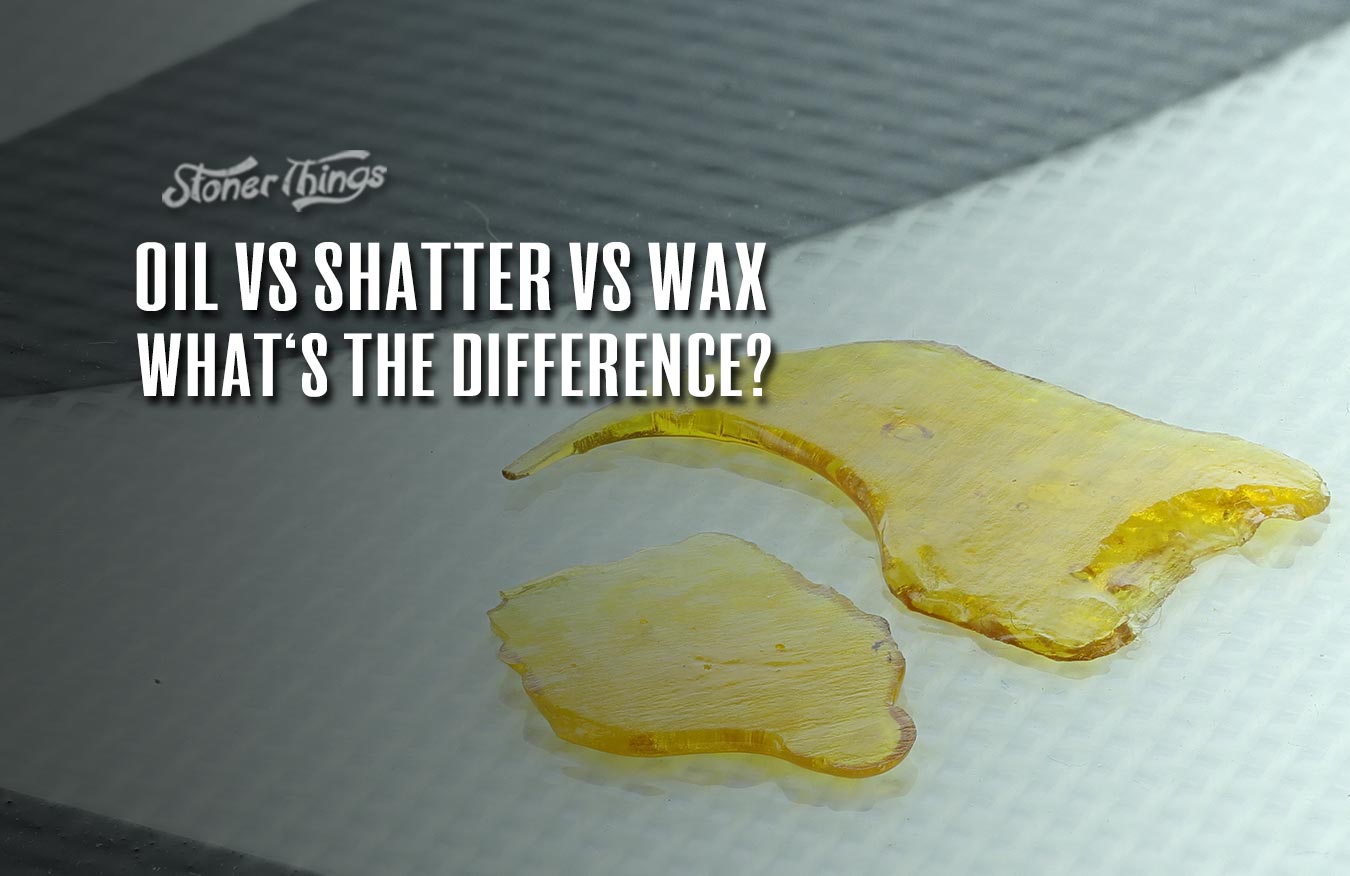 Cannabis oils are made in a solvent extraction with butane or CO2. After extraction, you’re left with a cannabis oil that can be altered and transformed into many different types of concentrates. But at the end of the day, all cannabis extracts start as oils. Some cannabis oils are then distilled and sold as vape cartridges or made into edibles.

Shatter is a solvent-based concentrate made with butane or CO2 in a closed-loop system. The butane evaporates out of the final product when the shatter is poured on a tray. As it hardens, the butane evaporates away leaving behind a translucent amber to yellow-colored product that can be broken like glass. Shatter may also be called pull-and-snap if it takes on a taffy-like texture at the end. Like wax, shatter starts out as cannabis oil. The main difference is that it is poured on a flat surface to harden.

Wax is a solvent-based concentrate made very similarly to shatter using butane or CO2 in a closed-loop system. It’s made almost identical to shatter with the key difference being that the processor agitates the cannabis oil before purging the butane out of it. This agitating, whipping, or aerating before the final pour creates for a soft, opaque concentrate that comes in a variety of different textures and colors that are determined by how the strain will hold up to heat and moisture during the purging process. If it gets whipped, it’ll turn smooth and go by names like budder, batter or icing. If it’s aerated, it’ll harden and become crumble, sugar wax or honeycomb.

Wax vs oil vs shatter comparison

How do you tell the difference between oil, shatter and wax if they’re all just different versions of cannabis oil? You’re going to look mostly at appearance and texture. You can also look at how they’re made and how they’re consumed. Below we’re breaking down all the key differences between the three.