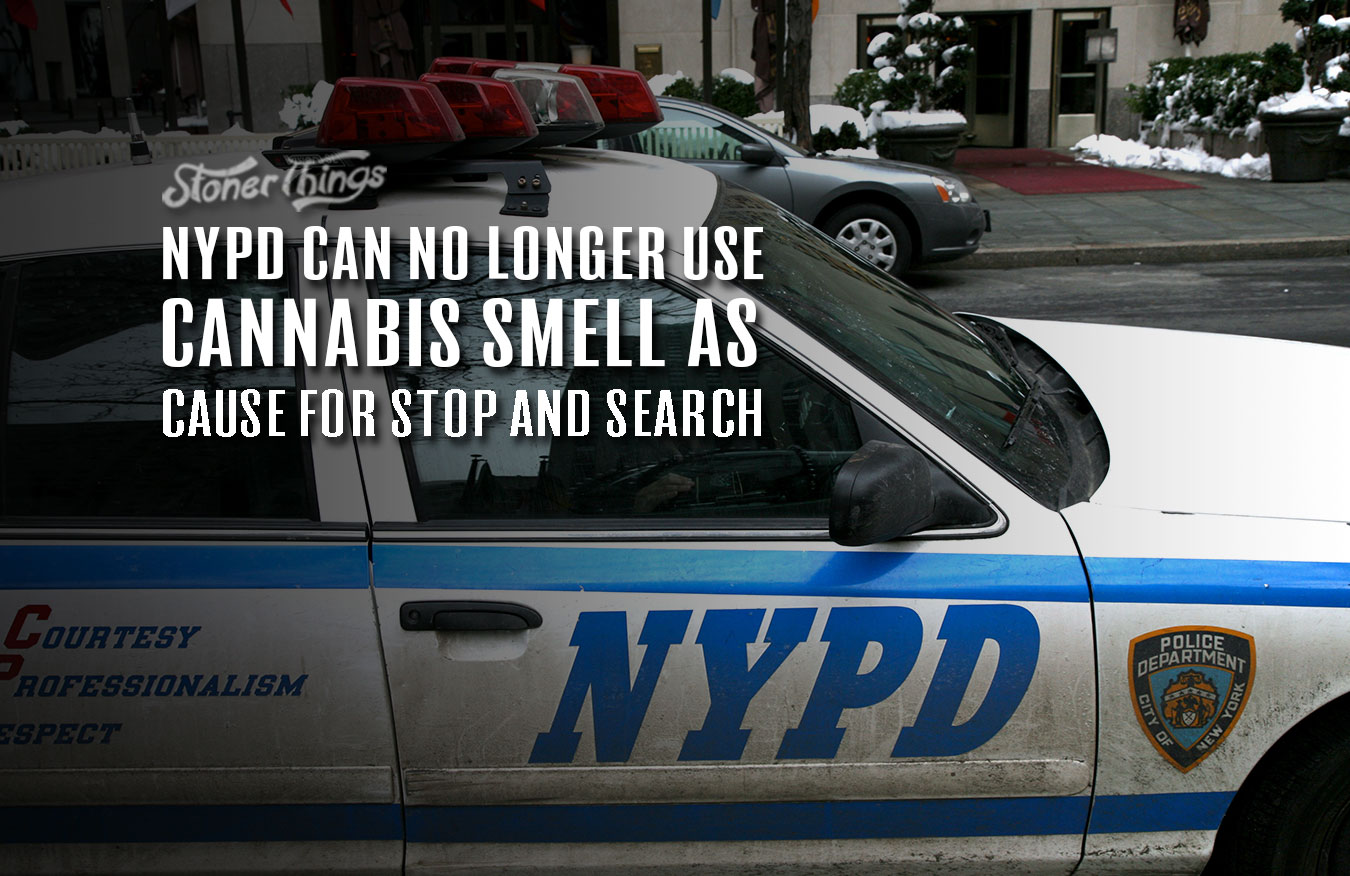 New York’s recent move to legalize recreational weed is already paying dividends. New York City cops can no longer use the smell of pot as a justification to carry out a vehicle stop and search.

The NYPD issued a memo outlining the policy change to all New York police officers just days after lawmakers reached an agreement with Gov. Andrew Cuomo on a marijuana legalization bill. The four-page memo outlines the changes and states that since cannabis is now legal, officers require more probable cause than just the smell of weed to conduct a vehicle search.

“Effective immediately, the smell of marijuana alone no longer establishes probable cause of a crime to search a vehicle,” the memo reads. “This change applies to both burnt and unburnt marijuana.”

The memo goes on to say that a vehicle search may still be warranted though so long as the driver appears intoxicated and if “there is probable cause to believe that the vehicle contains evidence of the impairing [substance].”

The smell of burnt weed could be such evidence, as well as if the driver straight up confesses to taking a hit before deciding to get behind the wheel. Still, while driving high remains illegal, as is the case in all other states, that doesn’t mean cops can then take a look in your trunk “unless the officer develops separate probable cause to believe the trunk contains evidence of a crime.”

Since transporting legally purchased pot is now no longer a crime in New York, there’s no reason for the cops to carry out a further search, though there’s nothing stopping them poking around the vehicle’s passenger compartment.

The memo then details that since smoking pot is legal in more or less the same places where cigarette smoking is allowed, officers can’t approach, stop or search someone for doing so. That is, unless the officer sees money exchanging hands for weed. Gifting three ounces or less, however, is totally fine. Another win for marijuana reform advocates outlined in the NYPD memo is that individuals on parole can no longer be punished for using cannabis, unless their parole order explicitly prohibits this.

The NYPD’s policy change was inevitable but will nonetheless come as a huge relief to Black and Latinx people in more deprived areas of the city who are routinely shaken down by cops over spurious claims of smelling weed.

Want to learn more about the legal marijuana landscape in New York now? Here’s the most important things to know about New York’s new weed laws.