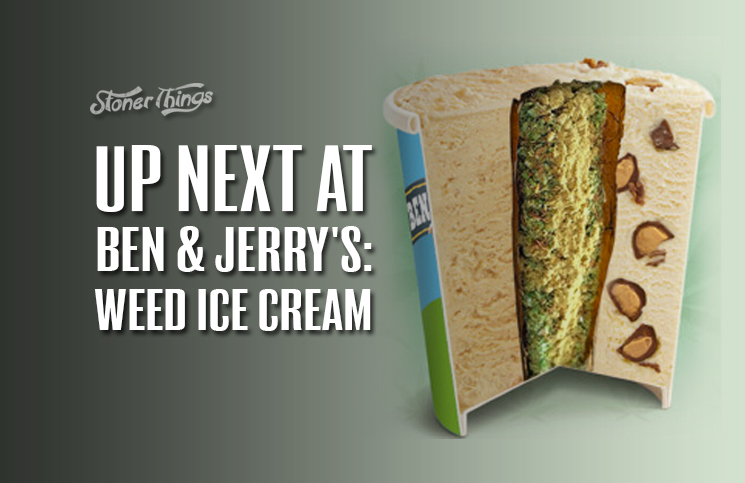 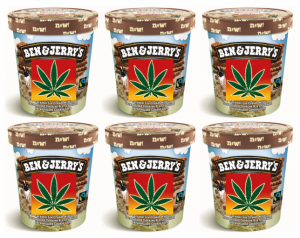 Yes, the founders of the storied chain, Ben Cohen and Jerry Greenfield, say they’re down with marijuana-infused ice cream – once the drug is legal. Ben & Jerry’s has long pushed a liberal/libertarian worldview by way of its frozen delights.

“Makes sense to me,” Cohen told the Huffington Post in March. “Combine your pleasures.”

Weed ice cream may not be far off, but Cohen and Greenfield will have to wait at least until Vermont legalizes. Their company and flagship store are based in Burlington, Vt. 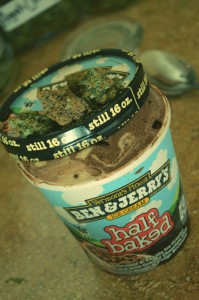 Even then, they couldn’t ship their special product across state lines, so stoners and ice cream fans in other parts of the United States would have to wait until the federal government reclassifies cannabis and allows interstate shipment of it.

Greenfield said weed would be the natural next step for Ben & Jerry’s. The two have never been close-lipped about their past drug use.

“Ben and I have had previous experiences with substances, and I think legalizing marijuana is a wonderful thing” Greenfield said. “It’s not my decision. If it were my decision, I’d be doing it, but fortunately we have wiser heads at the company that figure those things out.” 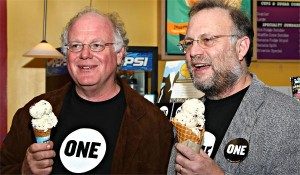 Ice cream with marijuana in it would be new, but it wouldn’t be at all out of place at Ben & Jerry’s. The company has a long tradition of supporting social causes by way of both financial donations to charities and the names they give their ice cream.

There’s Cherry Garcia, Half Baked, and Americone Dream (an homage to Stephen Colbert), among many others. The two lifelong friends have yet to name any varieties after a conservative icon, yet they remain massively popular across the country.

Ben & Jerry’s ice cream is found almost everywhere in America: supermarkets, gas stations, convenience stores, big box stores, corner grocers, and on and on and on. That means the company has a ready-made business model for distributing marijuana ice cream.

Vermont could legalize at any time during the next few years; advocates are targeting it as one of their best opportunities to win state-level reform before the decade is out. And it isn’t hard to imagine that cannabis ice cream could draw tourists from around New England, even the entire United States. The chance to eat ice cream with THC in it would definitely be worth the trip.

As for the rest of us, we’ll have to do with dreams of delicious ice cream that makes people high. Hopefully we won’t have to wait for long.