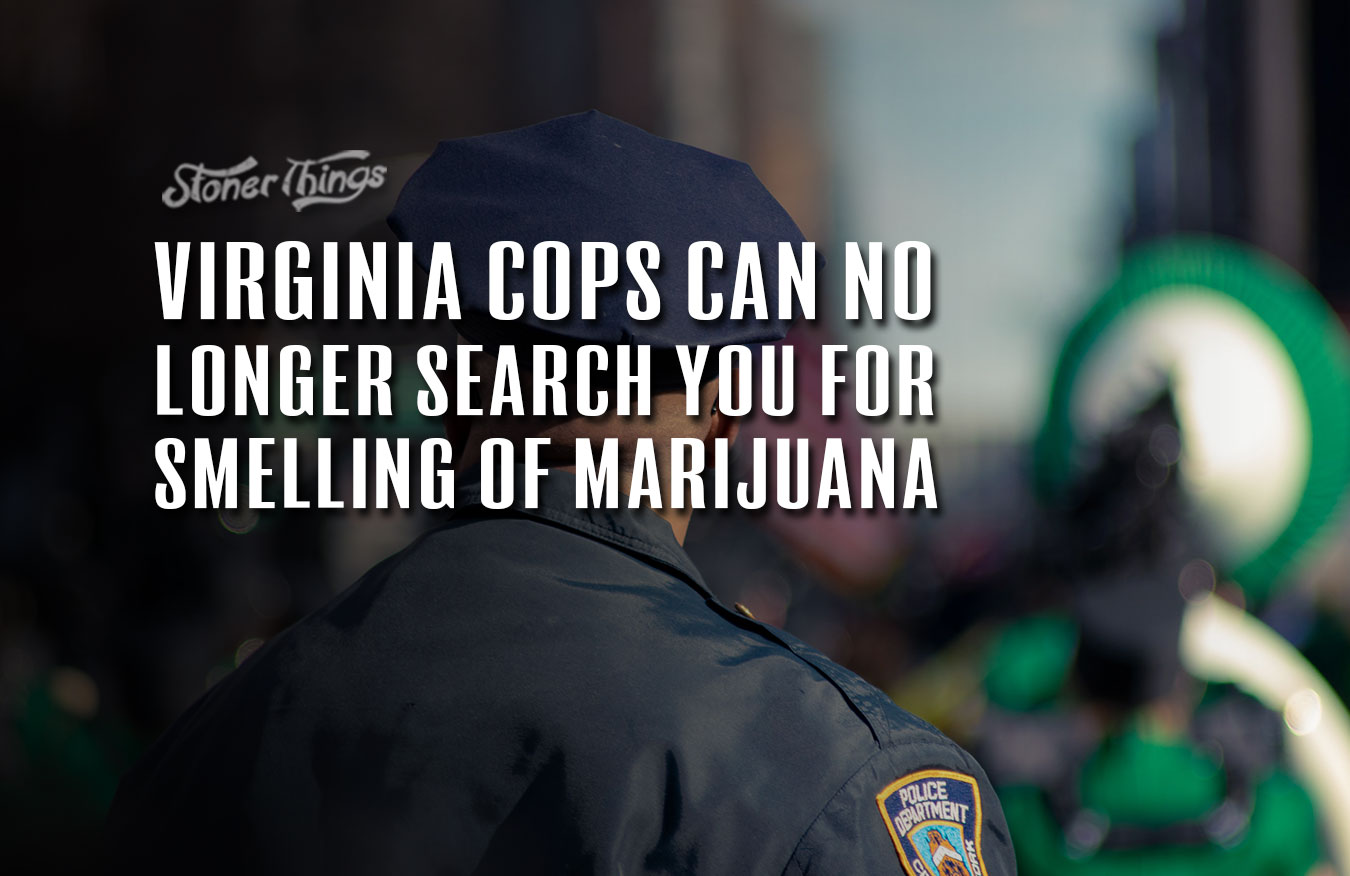 In states where weed is almost but not quite legal, or about to become legal, there’s a usual flurry of legislative measures intended to lessen the overall legal framework that likely grew out of the War on Drugs. Search and seizure laws were once often used to dismiss drug evidence, especially when it was mere suspicion that led to an arrest. In Virginia, there’s a flurry of legislative activity around cannabis, and in that activity a law goes into effect in March of 2021 that will prevent cops from being allowed to search you just because they smell pot.

The provision is merely part of a larger bill that includes a raft of measures designed to reform law enforcement. And, Governor Northam has signed decriminalization legislation into law, moving the Commonwealth closer to full legalization. It seems as though that’s inevitable, but until then the state’s compromise is to soften penalties for marijuana possession. In 2021, having up to an ounce will mean just a $25 fine and no threat of jail time. Minor infractions are a compromise between full legalization and the draconian enforcement policies cooked up in the 80’s and 90’s. Those policies, like “three strikes” and “zero tolerance” did more to stuff jails than reduce drug use, and legislators are finally waking up to that reality in more states.

Even so, Virginia is taking tentative steps forward and lacking progress in other areas. One measure that died in conference — when two sides hammering out a bill’s details work on the differences in the proposals — would have expunged many earlier cannabis criminal records. It seems an odd sticking point, but politics are messy no matter the topic or location.

The good news is lawmakers agreed to expand the medical cannabis program in Virginia, although it’s been a blip on the radar for most. The better news? Politicians are actually working on full blown legalization. That would include a plan for legal production, distribution, and sales of cannabis — plus a system for taxing and spending that money. It’ll take a few years for that to happen, as the commonwealth’s progress is measured in inches, not miles. For the rest of this month, they will hear from a panel to evaluate the possibility of legalization. Another investigative body created by the legislature will report on legalization in November as well.

Governor Northam won’t be eligible to run again due to term limits, but one of the people running against him, Jennifer Foy, proposed a bill to decriminalize pot in Virginia. It has many of the provisions enacted by other bills but languished in a committee, and never fully advanced to the floor for a vote. Look for Foy to continue her fight for cannabis legalization, especially if she wins a term as governor.

Legislative measures aside, the tide has clearly turned in Virginia, but it seems a steep climb to the sorts of sweeping laws that were enacted in Illinois, Michigan, and other places. It’s also possible that the tipping point could be sooner than later for full legalization in one of the original 13 colonies.