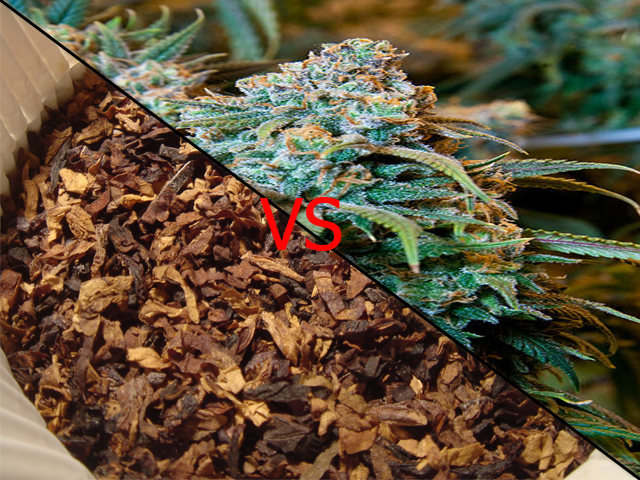 Given the well-publicized harmful effects of tobacco, it is more than a bit surprising that it is still legal and easily available almost anywhere you go. In contrast, marijuana continues to be illegal in most countries around the world since the 1930s, despite its recognized medicinal effects. Many of us are just now realizing that much of the ‘facts’ surrounding marijuana prohibition are little more than fabrication, and in some cases, outright lies. Why then does marijuana continue to be illegal and why hasn’t tobacco been outlawed yet?

The issue is much too complex to discuss in the space of a single article, but suffice it to say that much thought needs to be given to the relative risks and safety of marijuana and tobacco. Although we don’t claim that marijuana is a totally safe substance, it would be worthwhile to assess risks and safety with regard to tobacco. If you have ever wondered which is safer or more harmful–marijuana or tobacco–these facts may help you decide for yourself.

All factors being equal, marijuana does contain more tar than tobacco. However, you have to consider that low-tar cigarettes are just as likely to cause cancer as regular cigarettes. This would seem to suggest that the tar content in marijuana is not as significant an issue as it would seem. 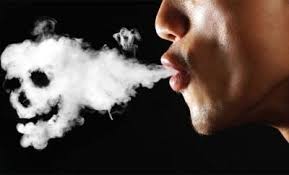 One important difference between the two is that marijuana is rarely–if ever–chain-smoked. In contrast, chain smoking is a fairly common habit among heavy cigarette smokers. Marijuana smokers also take much fewer puffs than tobacco smokers. Furthermore, marijuana smokers tend to smoke less if the marijuana is of sufficient potency.

This one is pretty easy to decide on, because marijuana does not contain any nicotine at all. This is an especially important factor as nicotine is a particularly dangerous ingredient in tobacco that has been linked to hardening of the arteries and heart disease among other effects.

Again, this easily sways the argument in marijuana’s favor. The primary psychoactive ingredient of marijuana, THC, is not present in tobacco at all. Even if the psychoactive effects don’t matter to you at all, the fact that THC is a bronchial dilator makes marijuana a better option than tobacco as far as health is concerned. With this effect, marijuana actually aids in the clearance of smoke and foreign particles from the lungs. In contrast, nicotine provides the opposite; actually it impairing the natural ability of the lungs to expel contaminants. 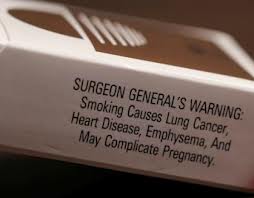 That tobacco use contributes to the development of cancer is a well-known fact. In fact, many countries require tobacco manufacturers to print warnings to that effect on each and every pack of cigarettes that they produce.