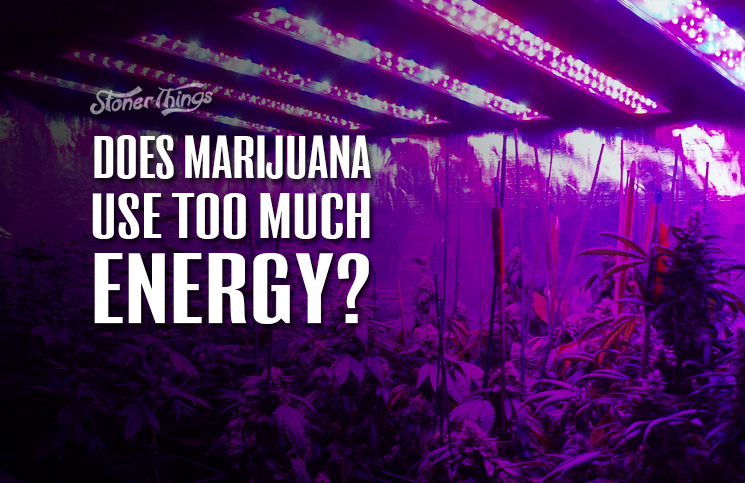 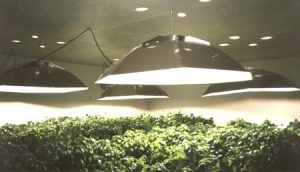 The study, produced by New Frontier, a Colorado firm that handles cannabis-related data, shows that the industry’s energy consumption makes up roughly 1 percent of all power use in the United States. That number is expected to grow as legalization spreads across the country.

“Both operators and legislators will need to be very mindful of the high energy demands of the legal cannabis industry,” said New Frontier founder Giadha Aguirre De Carcer. “Companies that adopt the most energy-efficient practices will have an important cost advantage as the industry becomes more competitive and prices fall, and states that prioritize energy efficiency will reduce the fast-growing industry’s impact on the grid and on the environment.”

Most cannabis farms are located indoors

Legal marijuana has sparked its own “green” movement, but it isn’t quite as green as environmentalists would like. That’s largely because most cultivation sites are located indoors.

Outdoor farms and greenhouses are also banned or tightly regulated in many communities in an effort to conceal cannabis plants from public view. This increases the energy drain.

In Denver, for example, there are more than 370 legal cultivation sites for medical marijuana and another 196 for recreational grows. Almost all of them are located indoors, usually in warehouse space.

National Public Radio recently reported that it costs $12,000 in energy per month to fuel a 10,000 square foot warehouse farm lit with expensive LED lights. Grow sites are often much larger, reaching as much as 150,000 square feet. 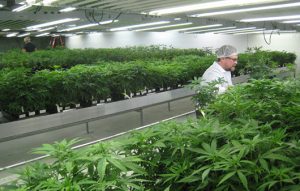 Water consumption poses a particular problem for pot farmers and environmentalists. Large grows can use massive amounts of water, though this is typically a bigger problem with outdoor grows, where natural water sources are often illegally diverted.

Water use is especially problematic in California, which is suffering through its worst drought in centuries. The state badly needs the water that irrigates illicit grow sites across the state.

Power use by illegal indoor growers is also concerning to law enforcement and health authorities. The cultivators frequently jury-rig the electrical systems of grow houses in residential neighborhoods. This can amount to power theft, and it’s incredibly dangerous. More than a few houses have burned due to inadequate wiring.

Thankfully, there are solutions. Many people in the industry are pushing for truly “green” grows, and as others become more environmentally conscious, legal marijuana could eventually lead a revolution in eco-friendly agriculture – yet another reason to favor legalization.