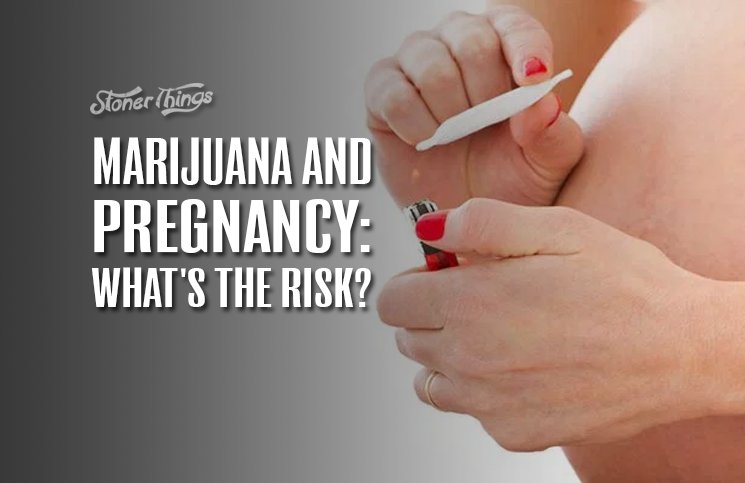 Alcohol, tobacco, hard drugs – women are strongly advised to stay away from these things while pregnant, as we have extensive evidence they interfere with fetal development and cause lifelong health problems for newborns. 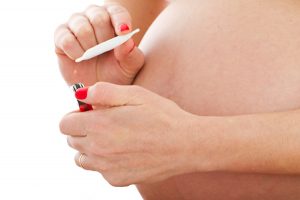 We know, for example, that babies born to mothers who smoke cigarettes tend to suffer from birth defects, low birth weight, and occasionally sudden infant death syndrome (SIDS). Fetal alcohol syndrome results form drinking while pregnant. And hard drugs such as cocaine can lead to miscarriage, infant addiction, and death.

But what do we know about marijuana? Is it equally dangerous to use it while carrying a fetus, or is the risk overblown? And what happens if you use while pregnant and then get caught?

It’s hardly an academic issue. Last month an Ohio couple briefly lost custody of their newborn daughter when a hospital test showed positive results for non-psychoactive THC metabolites in the baby’s blood. The results proved only that the mother consumed cannabis while pregnant, not that the baby received intoxicating THC (it did not). Yet Hollie Sanford and her husband were forced to sue to get their child back.

Sanford is not a fool. She researched the dangers of cannabis use while pregnant and came to the same conclusion most other people reach after reading the science: There really isn’t much risk of anything. No scientific study has ever credibly shown that maternal marijuana consumption causes any kind of health issues in newborns.

Sanford used cannabis tea to treat morning sickness and to relieve the pain from chronic sciatica. She said she learned the tea is much safer than the prescription pain pills her doctors wanted her to take for her back. And she was right.

But often that’s not enough. The nation’s largest group of licensed physicians moved in November to push for a prominent warning label on marijuana products in states where the drug is legal: “Marijuana use during pregnancy and breastfeeding poses potential harms.

By contrast, the various warning labels found on cigarette packages are much more explicit. For example: “Smoking by pregnant women may result in fetal injury, premature birth, and low birth weight.” No such specific consequences are listed for the proposed marijuana label.

That’s because there’s almost no data supporting the contention that cannabis negatively impacts pregnancy. The proposed label is based less on science than on a moralistic tone of professional caution: We don’t really know what cannabis does to fetuses, but it can’t be good.

Actually, we know more than that. Specific scientific studies have established the link between tobacco and birth defects, booze and fetal alcohol syndrome, and cocaine and so-called “crack babies.” There is no such science showing cannabis harms fetuses.

Marijuana may help during pregnancy

In fact, it’s entirely possible marijuana may help. It could be particularly useful for mothers who otherwise would be taking dangerous, addictive opiate painkillers. The popularity with which doctors doled out these meds over the past few decades has led to an epidemic of heroin addiction and overdose deaths, worse than any addiction crisis the United States has ever seen.

Recent studies have established that people who use marijuana regularly are less likely to take opiate painkillers – and less likely to become addicted even if they do. The cannabis use apparently lightens the load carried by the opiates and reduces addiction.

Of course, heroin kills. Marijuana does not. That goes for fetuses, babies, mothers, everyone capable of putting opium derivatives or cannabis in their veins. That means even a full-fledged pot addiction would be better for an expecting mother than a Percocet habit.

So why all the fuss over a little weed in the womb? Most likely, doctors, lawmakers, regulators, and other medical gatekeepers are simply trying to mitigate the damage they assume legalization will do. It’s coming, in other words, and they know they can’t stop it, so they’re trying to slow it where they can.

This would be fine if there really was a serious health risk involved. But again, the science doesn’t back that claim. You’ll probably have to look hard to find a healthcare professional who’s willing to recommend marijuana as a great way to deal with the pains of pregnancy, but that doesn’t mean they have good reason to tell you to avoid it, either.