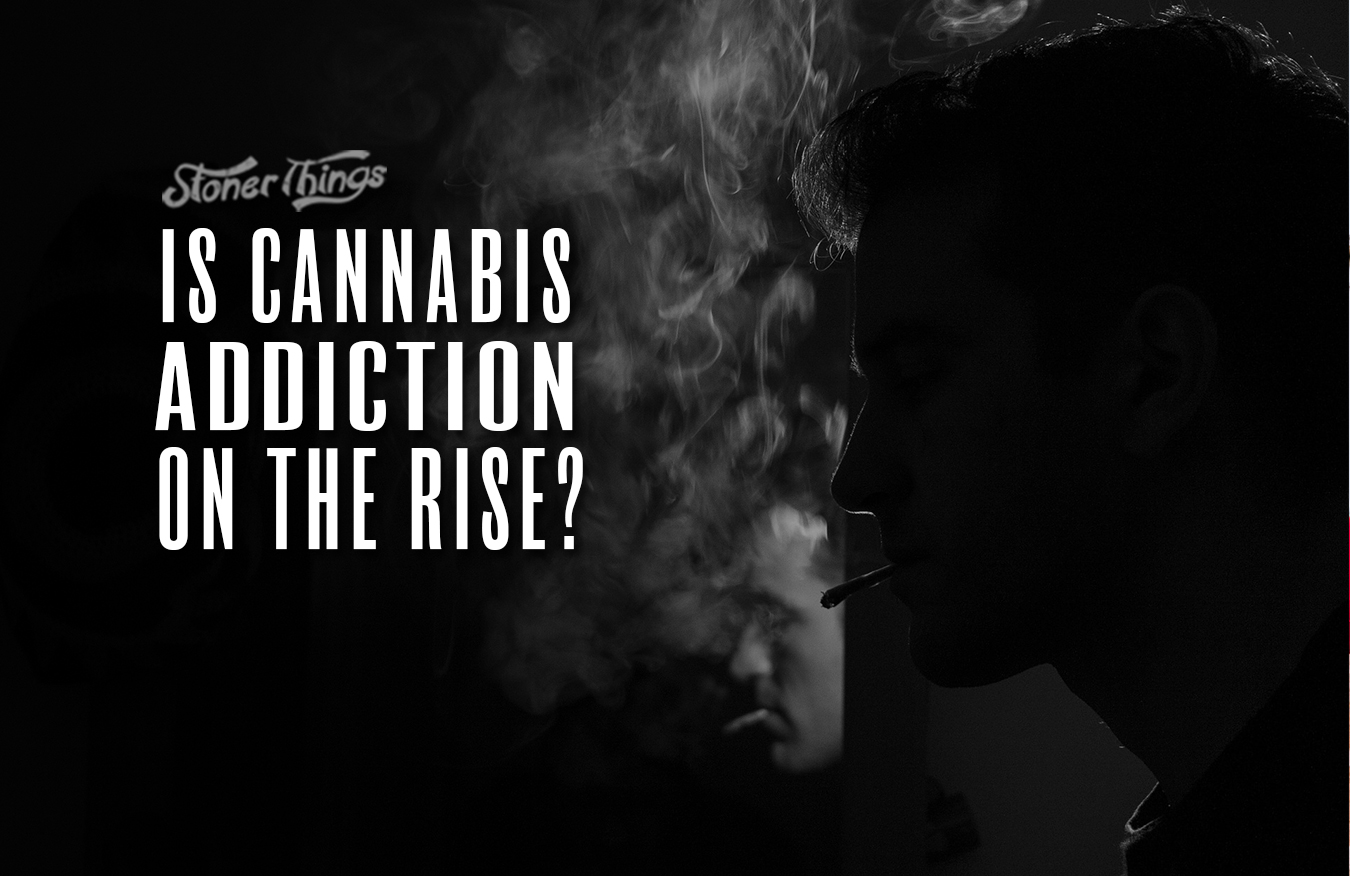 Before one can answer the very important question asking whether or not marijuana addiction is currently on the rise, the whole idea of “addiction,” needs to be clearly defined. When someone most commonly thinks of addiction or an addict, they picture a person who is so obsessed with something that they are unable to stop. Others will argue that in order for something to be addictive, it has to be harmful. This gets complicated when it comes to a possible marijuana addiction, because there are little to no negative health consequences to using cannabis.

Many people who have used marijuana in the past will testify that they quit their smoking habit with no struggle. Since there is typically not a painful “detox” or “withdrawal” period that is usually associated with other drug addictions, it can be argued that an excessive use of marijuana does not qualify for an actual addiction. Typically when someone is trying to halt the use of harmful drugs such as heroin, cocaine, and even alcohol, there are many negative physical and mental side effects that can hinder the process or even force a person to relapse and go back to their addictive state. When a person is attempting to stop using marijuana they most typically experience moodiness and irritability.

On the other hand, there are people that will claim they have or currently do suffer from marijuana addiction. Despite the low health risks, some individuals do experience negative mental and emotional side effects. There have been instances where a person has felt that they truly could not stop using marijuana no matter how hard they try. The public opinion on whether or not marijuana addiction is considered an actual addiction varies greatly.

So before becoming informed on whether or not marijuana addiction is on the rise, is it important to break down what that really means and how you personally define addiction. The National Institute on Drug Abuse, which is a part of the National Institute of Health, calls it, “Marijuana Use Disorder,” and says that 30 percent of people who use marijuana develop some level of this. The NIDA classifies marijuana use disorder as a dependence on the drug rather than an addiction to the drug due to the lack of a withdrawal period.

Denver has reported that marijuana addiction is not only real, it is getting worse. Patrick Fehling, an addiction therapist in Colorado told the Denver Post that one out of every eleven people that uses marijuana becomes addicted. CBS News reports that around 15 percent of Colorado residents use marijuana, coming in third place behind Vermont at almost 16 percent and Alaska at over 16 percent.

Despite the evidence that does show that small numbers of marijuana users do become at least dependent on the drug, its popularity is only growing. Over half of the States in the U.S. already allow for the legal consumption of medical marijuana, and eleven states (including D.C.) allow the use of marijuana for recreational purposes as well. When more substantial research is done, maybe there will be a larger discussion on the issue of marijuana addiction.