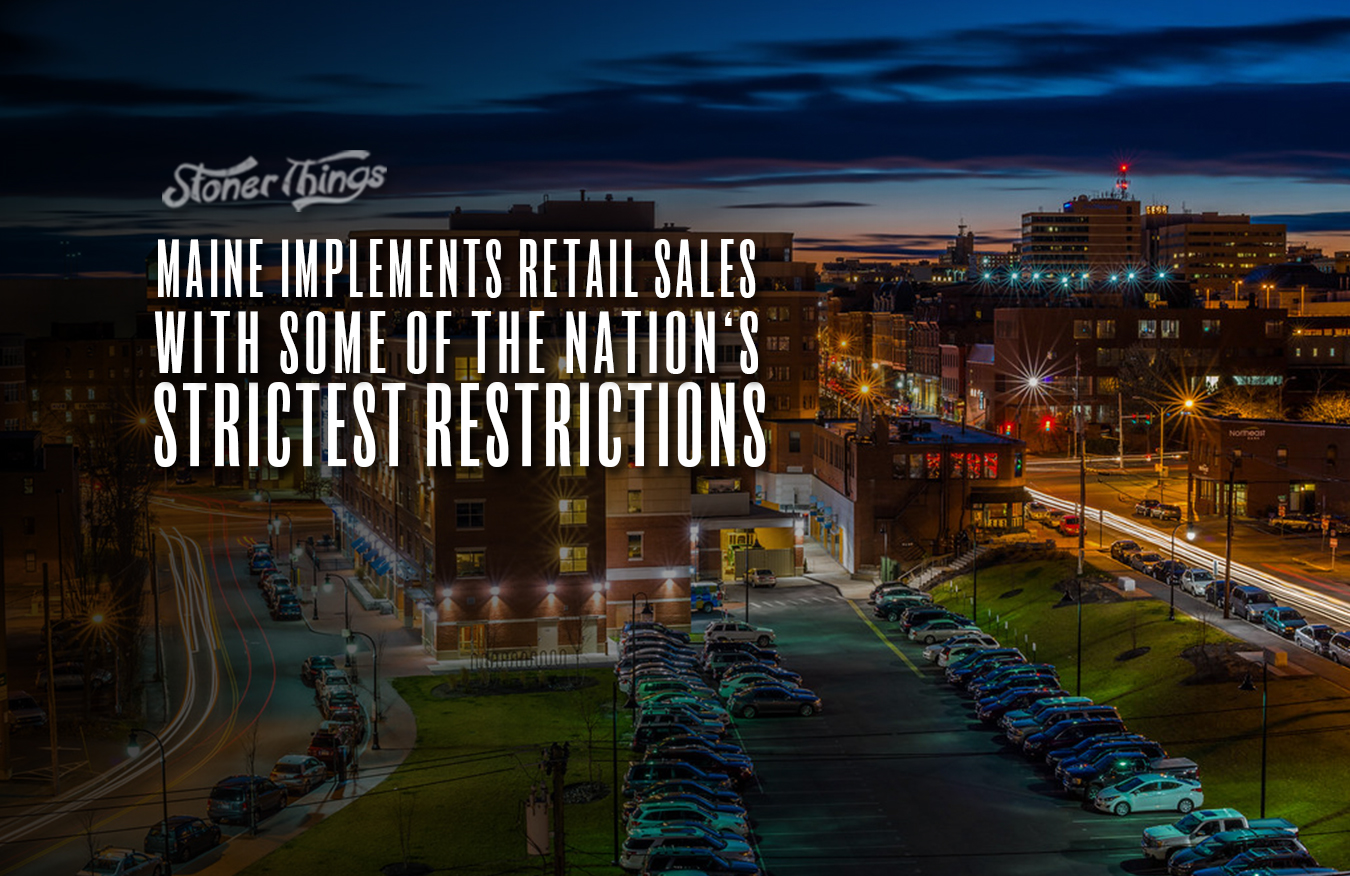 Maine’s road to legalization has been a bumpy one. The previous governor, Paul LePage, was adamantly opposed to legalizing cannabis, and kept vetoing the bill before him after the initial ballot measure passed in 2016. Now, Governor Janet Mills has signed the bill into law — but it’s also one of the strictest retail cannabis laws in the country, with one provision that could run afoul of a recent Supreme Court decision (more on that in a moment).

Like other legal states, cities across Maine have the option to allow cannabis sales even though it’s legal statewide. However, most states offer a mechanism to opt out, whereas Maine’s is opt in — and so far only 15 of the state’s 455 municipalities have chosen to do so. Meanwhile, in Colorado, cities like Colorado Springs regret not allowing legal cannabis sales as they see city works projects taking off in cities that are reaping the tax windfall of a new retail market. Only time will tell if Maine cities begin to see similar “tax envy” as cannabis dispensaries start opening in September.

The most onerous restriction in Maine’s new policy would have to be residency requirements. Other states have tried this, but Colorado, Oregon and Washington changed their tune pretty quickly. Colorado relaxed its residency rules and saw outside investment pour in. Nevada and California legalized without added perks for residents of the state who launched retail establishments. It’s not clear why the residency provisions stuck in the Maine bill — previously it had been to prevent black market influence or outside pressure — but the provisions could be challenged in court.

Residency requirements aren’t a new concept. Across the country, in cities where alcohol was treated with a tinge of religious skepticism, laws were passed requiring liquor store owners (or purveyors of booze in bars, etc.) to have been a resident of the city or state for a certain amount of time. Again, this was to prevent “outsiders” from infiltrating these communities and sullying its citizens with drinks that “loosen the moral restraints.” While alcohol definitely can impact inhibitions, many of these laws go back to around the time when prohibition of alcohol sales failed nationally. Local municipalities tried to ban it otherwise, although 100 years later very few counties in the USA have outright banned booze.

The problem is, the Supreme Court recently ruled that residency requirements for alcohol retailers are unconstitutional. There are two factors at play in the ruling, one of which marijuana retailers won’t have to consider just yet. The lawyers for the Tennessee couple who sued the state to challenge the law argued that it violates the Constitution’s provisions on commerce across state lines. Since cannabis isn’t legal at the Federal level, that one wouldn’t yet apply (but it could some day). The other issue the court ruled on basically said that the residency restriction’s goal of protecting the population was sketchy, at best. Connected to the interstate commerce argument, the court basically said the state can’t assume someone who just moved to town and wants to open a liquor store has ill intentions.

It’s possible that Maine’s residency restrictions could be challenged in state court, but at the Federal level it’s unlikely they’d progress. Once cannabis is legal at the Federal level, however, it’s likely many of these rules will go away. But, as we’ve seen in other states, they could simply be dropped as the state realizes they are hampering its own efforts. Until then, retail cannabis sales should begin before the Fall in Maine.