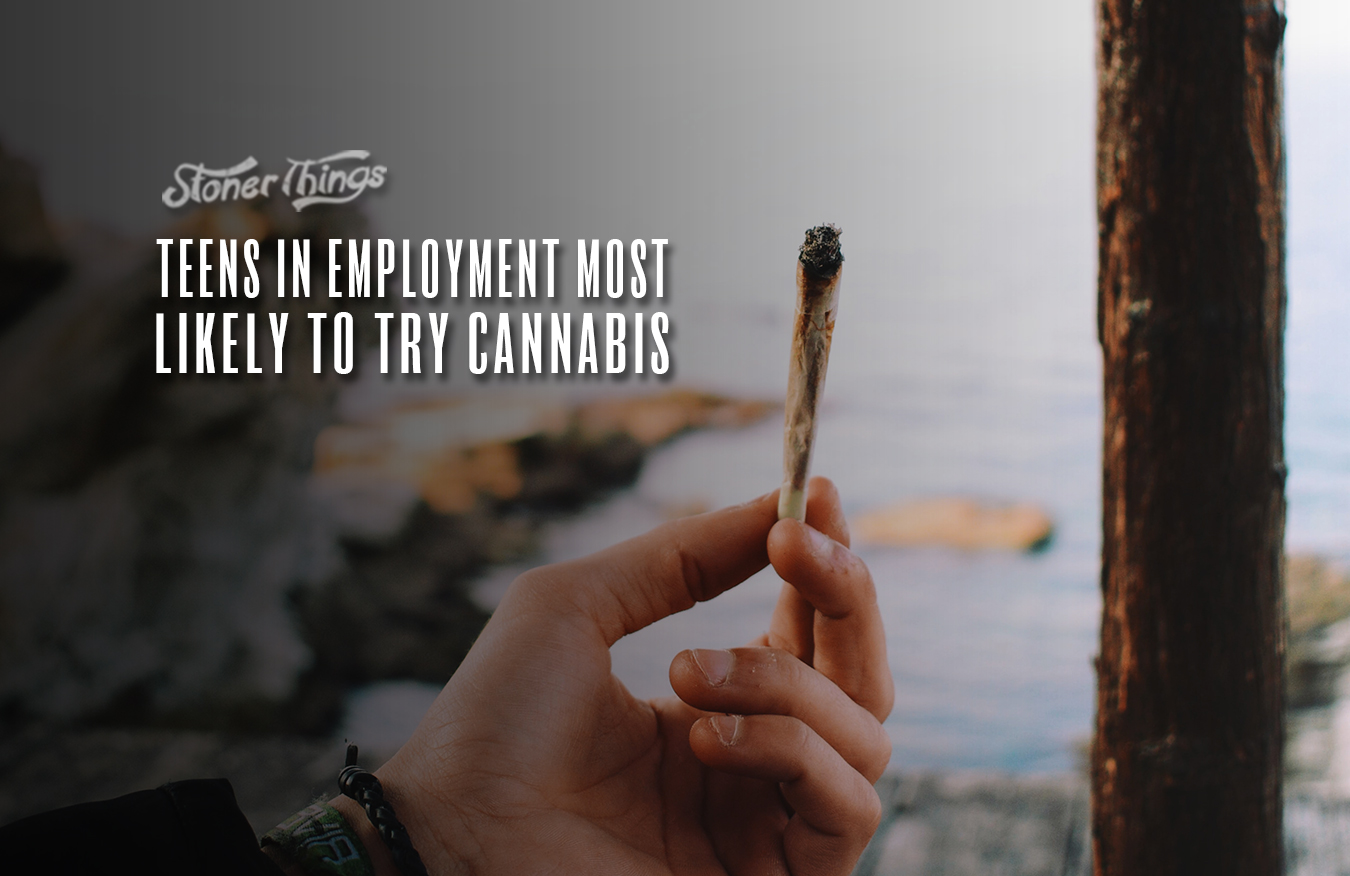 There’s an apocryphal America where teenagers lived care-free lives before going off to college to learn to become productive members of the workforce. In reality, kids have often gone off to work before they’re 18, and in many cases they’d begin a trade before they were old enough to go to college. Today, it’s pretty common to find kids from eighth grade on up going to work to earn some extra cash. A new study says that kids who do go to work at these ages are the most likely to try cannabis. In fact, the more they work the more likely they are to try marijuana.

The study asked kids from 8th to 12th grade about their marijuana use over 30 days, and if they worked or not. The data was collected between 2010 and 2016, and since the surveys were in Washington, the students lived in a state where marijuana could be sold legally. While researchers have known for a while that older teens are more likely to try marijuana, this study looked at the connection between working and smoking. In particular, evidence appears strong that some workplaces are more likely to encourage kids to try cannabis than others. Working alone as a babysitter is very unlikely, whereas working in retail or the service industry resulted in higher use rates.

When it comes to age, there’s a huge jump in use once kids enter 12th grade, most noticeably when compared to kids who weren’t working during their senior year. That’s not particularly surprising, as any high school senior will tell you they can’t wait to get out of school, out from under their parents’ thumbs, and often consider themselves “grown up” around 18 years old. Legally kids become adults at 18, and society has set this expectation. As the lead researcher said, “The 12th graders are acting more like adults.” But researchers were surprised by the prevalence of use compared to kids at the same age who weren’t working, and that’s something that could be studied further.

Researchers were quick to point out that kids under 18 see better health and life outcomes if they aren’t smoking marijuana at those ages. So they recommend states look at this data and consider programs to deter minors from starting — at least until they’re 18. The study also indicated that parents play a critical role in deterring minors from smoking. In this case, parents are encouraged to check in on where their kids are working, and make sure it’s a safe environment. Not all retail and food service operations are run well, and parents who are more involved with their kids’ lives are a lot more likely to provide them critical guidance when it counts. But researchers found social factors and the workplace itself will impact a teen’s choice too.

Ultimately there’s a reason why states that have legalized set the minimum age for consumption, just as there are laws around tobacco and alcohol. Researchers are still studying how and why minors choose to try cannabis, and what factors play a part in them waiting until they’re of legal age to do so. Researchers in this study stayed away from drawing conclusions like “there’s more cannabis being sold in the back of the house at a given restaurant” but the correlation between working at a young age and trying pot for the first time is quite clear, no matter how it happens.