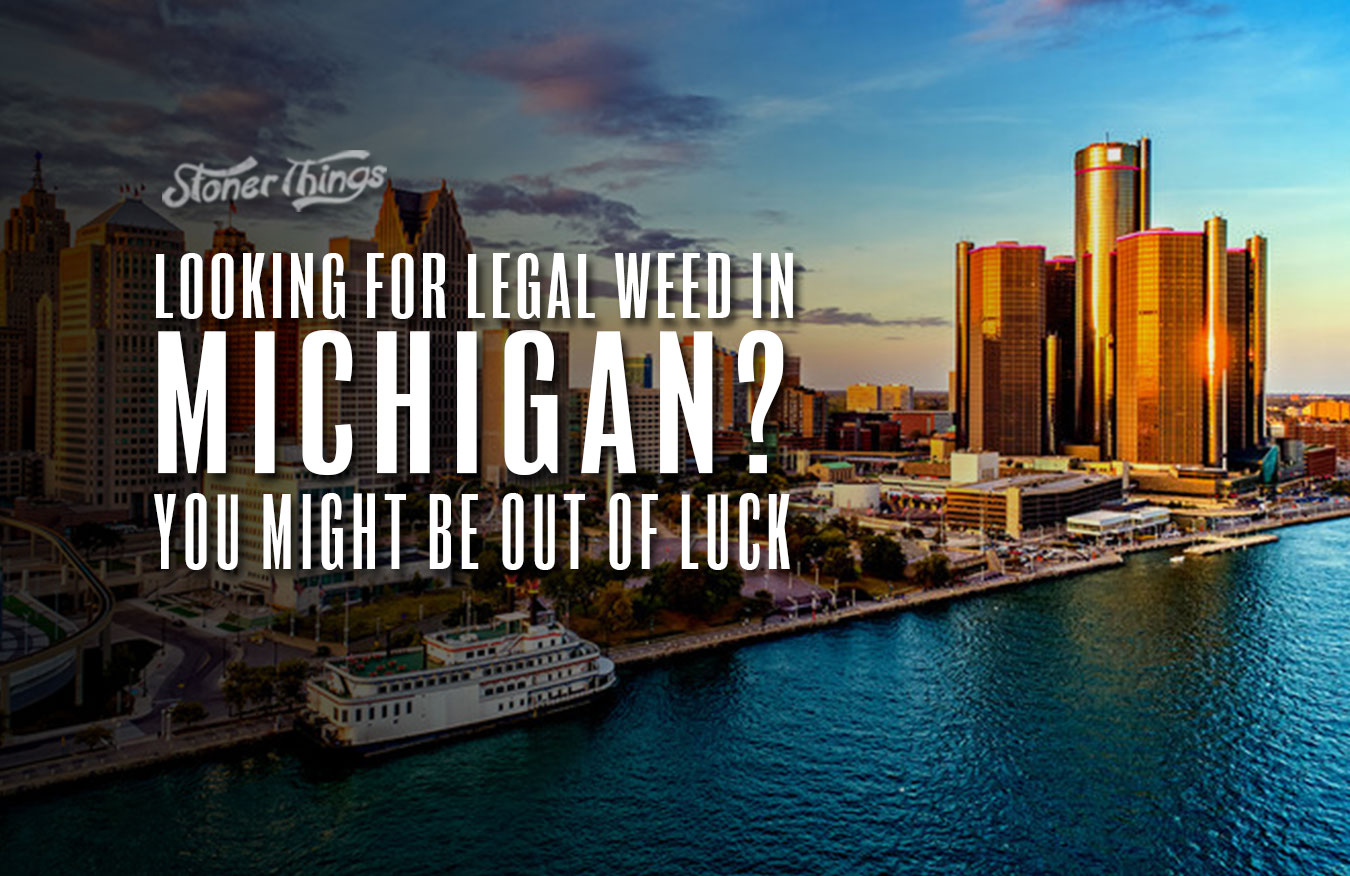 At the end of 2018 Michigan’s law that legalized recreational marijuana went into effect. However, today it’s quite likely that residents are having a hard time finding any. While the law took effect in 2018, that only made it legal for adults 21 or older to possess and consume marijuana. For a while, the state merely relied on medical marijuana sales. Luckily, emergency rules were put into place that allowed applications for commercial sales by third parties, and in December 2019 those stores started selling recreational pot. Yet it’s still hard to find recreational weed in the state — why is that?

There are a few reasons why residents and visitors may need to drive for a few hours to buy legal weed. One is simply that there aren’t enough dispensaries. In December 2019, only a handful of stores opened for adult-use sales. Obviously more are needed, and more would have been opened, but as is usually the case with legal weed, there are a lot of moving parts to the state’s provisions that have led some towns to opt out of selling, or have just delayed plans for more dispensaries.

Detroit delayed cannabis shops until the end of January, 2020. This is despite the fact that the city already has dozens of medical dispensaries. Apparently the city may have allowed a 4-day loophole for sellers, however. The city’s decision was made on November 5, but the state allowed applications starting November 1. Anyone who applied for a license within that window could be fully legal in the eyes of the state. But we’ll see what happens later this year, or if any medical shops are able to sell recreational weed in the city.

Right now there are less than half a dozen recreational shops open across the entire state. There’s a term in urban planning called a “food desert,” which is a part of town that doesn’t have a grocery store within a few miles of a neighborhood. Michigan now has weed deserts, with legal dispensaries nowhere to be seen except for a long drive away. It’s not unusual in states for cities to ban sales, but in Michigan almost 80% of the cities across the state have prohibited recreational sales. While that number is likely to go down over time, in the interim a lot of people live a fair distance away from a legal shop. Medical dispensaries are more prevalent, but require a card, which requires up front money and a doctor visit.

The silver lining here is that Michigan’s residents did approve legal marijuana for medicinal purposes first, and has now legalized recreational. It’s not uncommon to see a lag in dispensaries as the state has to review applications, and local municipalities ponder their options to allow them to open in their area. Michigan is just one in a long line of states that has experienced growing pains when it comes to growing its marijuana industry. There are new applicants wanting to sell weed in the state every day, and no doubt the government is working through the backlog of applications. With time, the situation should improve and Michigan’s residents will be able to buy weed legally, with a minimum of fuss, no matter where they are.