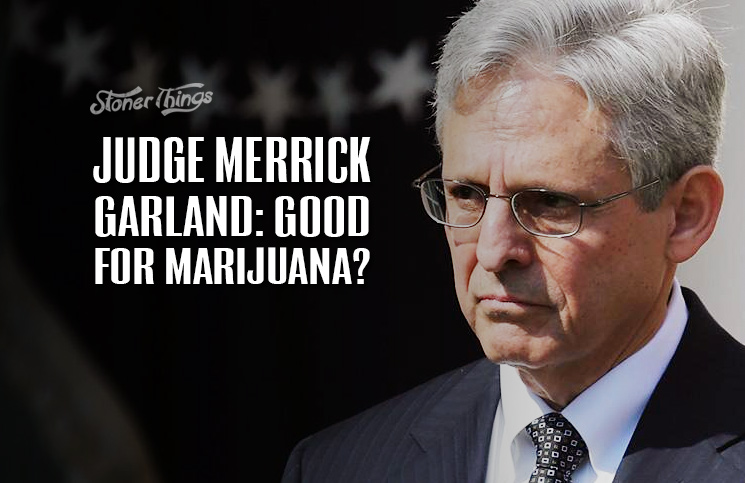 If you’re a stoner and you’ve never heard the name Merrick Garland, you could be forgiven. He’s a federal judge, he sits on the U.S. Circuit Court of Appeals for the District of Columbia, and there aren’t many people outside the legal world who know who he is.

That is changing, rapidly. President Barack Obama announced in March that he would nominate Garland to fill the vacant seat of Supreme Court Justice Antonin Scalia, who died unexpectedly earlier this year.

At best, odds are 50/50 Obama will succeed in putting Garland on the high court. Republicans in the Senate have vowed not to consider any nominee until after the November elections – a political gambit never before seen in American history.

With nine months until a new president is sworn in, the country could go without a full Supreme Court for at least a year unless GOP senators change their minds. There are some signs they might do that, but for now, Garland’s appointment is anything but sure.

Garland has long had a reputation for moderation on the bench. But moderate Supreme Court justices almost always drift to the left during their tenure on the court. It’s not entirely clear what that means for Garland and the numerous momentous issues that will come before the justices in the next few years.

One of those issues is marijuana reform. The court will almost certainly face multiple cases involving the drug in coming years.

So what do experts in the cannabis industry think about Garland? And how do they think he would impact the push for legalization? Forbes magazine asked two of them.

What do industry experts have to say?

Aaron Herzeberg, partner, CalCann Holdings of California: “Judge Garland appears to be a well-reasoned and thoughtful jurist. Presently the case of Nebraska and Oklahoma v. Colorado is pending before the Supreme Court, in which those states are seeking to invalidate Colorado’s legalization on the basis of federal preemption. Judge Garland may be involved in deciding this important case. He was previously part of a three-judge panel that denied a request to reschedule marijuana from a class I controlled substance to a lower class – but although he denied that request he made remarks that scientists, and not judges or the government, should decide whether marijuana should be reclassified.”

Eddie Miller, chief strategy officer, Green Rush of California, describes Merrick as a “prudent and pragmatic choice.” Quoting Garland from the same case, Miller says: “’Don’t we have to defer to their judgement? We’re not scientists. They are.’ We believe the president has picked a nominee for the Supreme court who is both a pragmatic and logical juror. Great jurisprudence is the result of logical interpretation of our laws as well as a hyper-logical approach and examination of expert opinion. The Judge has cited that in order for policy makers to craft proper American public policy toward medical marijuana, it is vital to listen to the scientists, and especially give them a chance to do their work.”

Other industry insiders offer similar, if cautious, optimism about Obama’s appointment. The stakes couldn’t be higher, as the lawsuit by Nebraska and Oklahoma threatens to stop legalization in its tracks. If Garland is as wise and judicious as experts say he appears to be, the outlook in that case – and others – could be very helpful to the cause of marijuana reform.

Tell us: Would Garland make a good justice? Should Obama look for a nominee with a better record on marijuana? Post a comment below.