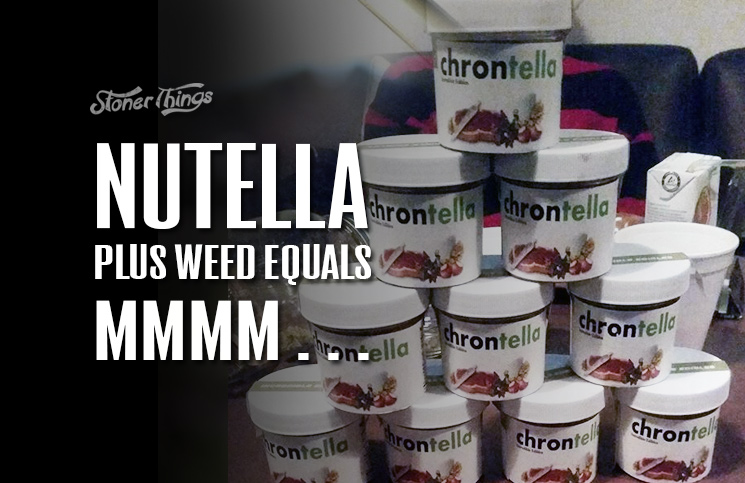 Chocolate is great. Hazelnut is great. Weed is great. Put them together – specifically, mix marijuana with the beloved sandwich spread Nutella – and you get a slice of stoner heaven. 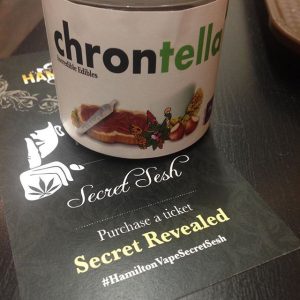 A Canadian company that makes marijuana edibles has come out with a new product sure to win the hearts of potheads across the Great White North: Chrontella. It’s a mixture of cannabis and something very like Nutella, the Italian treat almost everyone loves. And we don’t even need to try it to tell you it’s good.

As a technical matter, though, it should be noted that the mysterious makers behind this product are almost certainly not using real Nutella. Actually, it’s impossible to know for sure, since no one seems to have asked them, but the odds are slim.

That’s because it’s extremely unlikely the good people who make Nutella would willingly license their spread for use as a pot edible. It’s equally unlikely they would allow the Canadian company to mess with their famous product’s name.

In other words, it wouldn’t be surprising if the Nutella people try to put their collective foot down and stop Chrontella from happening. But who knows? Maybe Italians appreciate Canadian weed enough to put up with it.

Chrontella is just the latest in a long tradition of making crazy new foodstuffs infused with cannabis. The same company behind Chrontella also makes Pif, a marijuana-laced peanut butter, and Smokers, a strawberry jelly with THC. Again, don’t be surprised if lawsuits follow.

Sadly, no one knows yet whether Chrontella will cross the border into the United States. Canadian cannabis manufacturers would find it impossible to sell their product from one country to another unless they were to partner with legal American edible makers.

This delectable combination of “Nutella” and weed comes packed with 300 milligrams of marijuana extract in each jar. At $23 per three-serving jar, this is one expensive sandwich spread; Nutella itself retails for about $7 per jar in the United States. But when it comes to marijuana food, creativity commands a high price. 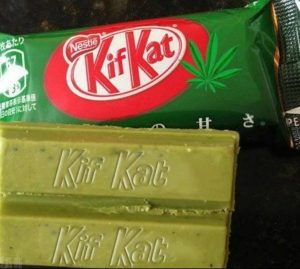 Stoners are already raving about Chrontella, said Jamie Carlton, manager of the Qualimeds Dispensary in Toronto.

“It’s taken the cannabis community by storm,” Carlton said. “It’s not just a cookie. Now I can medicate with my morning toast.”

Chrontella is a new favorite of retailers in Canada, who say it’s flying off the shelves – at least where potheads can find it. Like most edible products in Canada and the United States, it can take a while to locate.

Of course, this off-brand treatment of Nutella may not go over well in some circles. Opponents of legalization frequently point to similar products that combine weed, sugary treats, and look-alike packaging, and argue these edibles are too enticing to kids.

What do you think? Should dispensaries sell edibles that “borrow” the names and trademarks of mainstream treats? Tell us below.