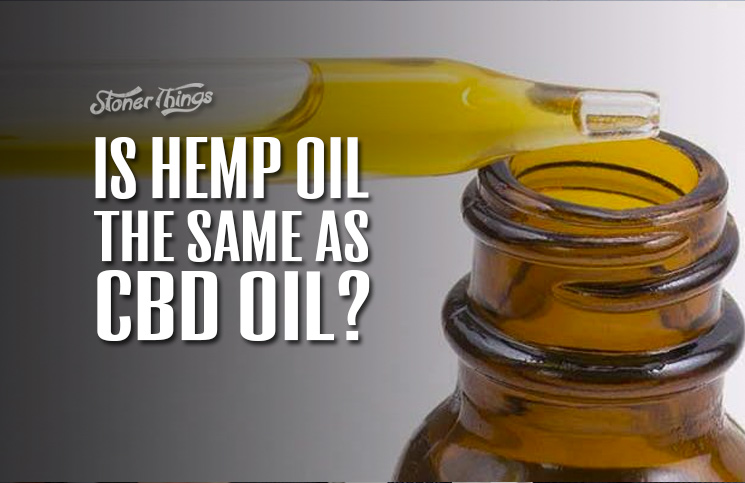 With marijuana legalization, hemp has staged a major comeback in the United States. So have the many products made from it, including lucrative hemp oil.

But the benefits of these products aren’t always clear. We know hemp rope works, we know hemp paper works, and we know hemp fabric works. But we know much less about hemp oil and its supposed medical uses.

At the center of the issue is a common misunderstanding.

Hemp oil is often confused for a marijuana product known as CBD oil. This is a resinous oil extracted from the cannabis plant, and it contains high concentrations of the cannabinoid CBD. This chemical is used to treat a variety of medical conditions, from epilepsy to nausea. It’s an effective anti-inflammatory and could someday be used to fight psychosis in patients with mental illnesses.

Hemp oil does not provide the same benefits as CBD oil

Hemp oil sometimes contains similar levels of CBD. But it is decidedly different from CBD oil, and likely doesn’t offer the same medical benefits. Unscrupulous sellers often market hemp oil as an alternative source of CBD, but there is little to no scientific evidence backing this claim.

The boom in hemp oil was sparked by legalization in Colorado, Washington, Oregon, Alaska, and the District of Columbia. Hemp cultivation has historically been banned by law, but a young hemp industry has sprung up in states with legal cannabis.

Hemp oil typically sells on the strength of its association with marijuana rather than on any empirical proof of its effectiveness. This oil is often grown to contain high levels of CBD – or so the manufacturers claim – but that doesn’t mean the same thing as high CBD in a standard cannabis plant.

Hemp is low in THC

Hemp is grown with low THC levels, making it useless as a recreational drug. It is also short on other cannabinoids, and that makes it a poor choice for patients who need CBD.

Hemp oil has become especially popular in part because it is widely available. Unlike other parts of the hemp plant, the oil is easy to find and has traditionally been legal. Unfortunately, there has been little research into the effectiveness of the substance, in part because access to the plant is so new.

It matters, because CBD is a critical treatment for many patients. It doesn’t get users high, but it has a wide range of medical applications. It’s an anti-emetic, it can reduce swelling, and it fights spastic disorders.

It is often difficult to find marijuana high in CBD, because the black market has always focused on pot high in THC, the favorite chemical of recreational users. Patients and their families have sometimes been forced to move across the country because they can’t find the right strains in their home states. This makes hemp oil especially attractive to consumers who may not know much about it.

There are also concerns about the safety of hemp oil products. Medical Marijuana Inc. sells one of the most popular brands of hemp oil, and a laboratory review of the company and its competitors revealed “potentially serious quality control issues” and “questionable financial dealings between (Medical Marijuana Inc.) and its affiliates and subsidiaries.” In other words, it’s not even clear what’s in the hemp oil sold in stores. That alone should be reason to be careful when choosing any form of CBD marijuana.