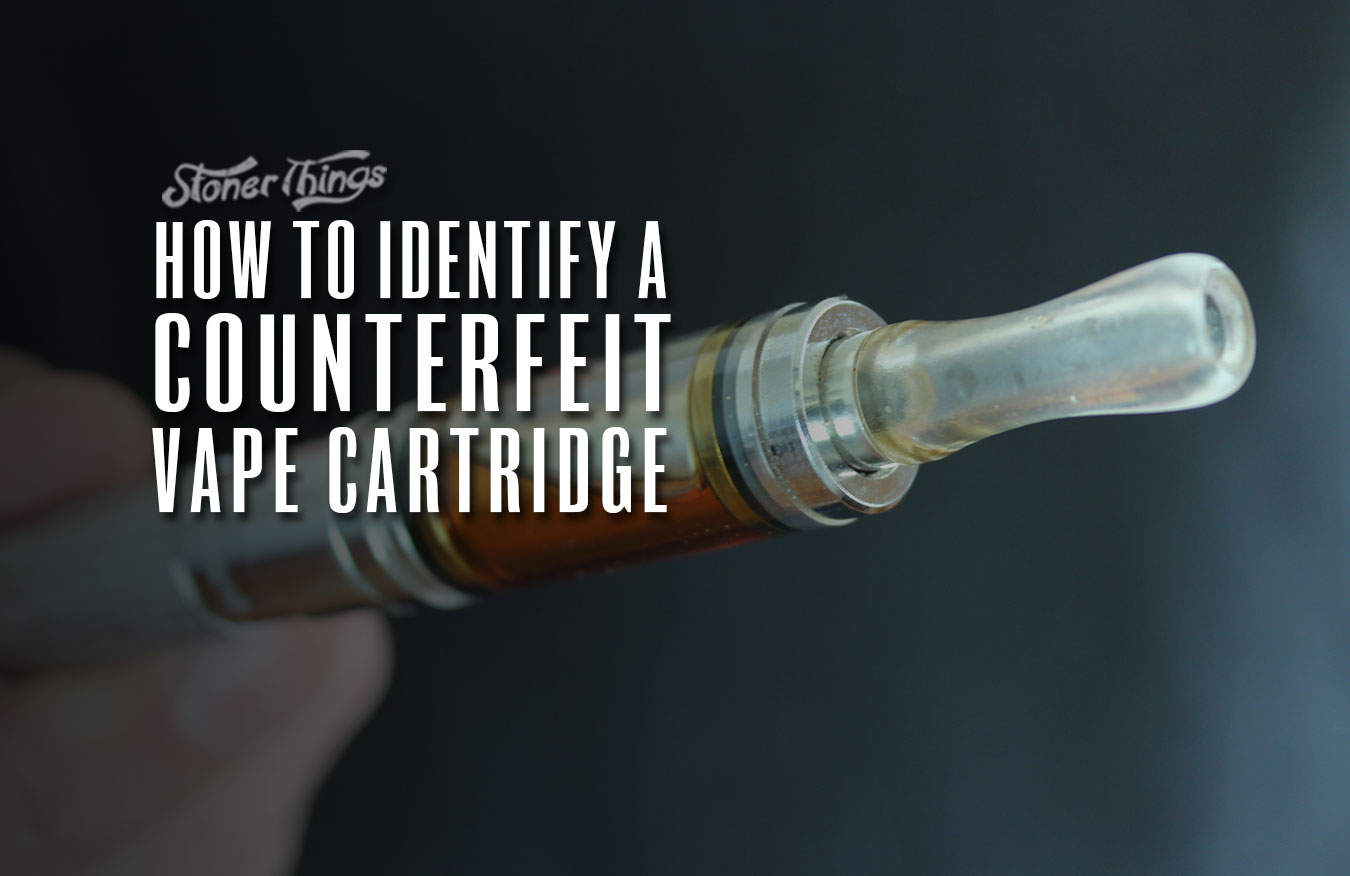 One of the best things about legal weed showing up around the world is that we’re finally starting to see innovation in marijuana consumption products. That’s a fancy way of saying there are more ways to enjoy cannabis now than ever before. That’s partly thanks to technology. Thank the small batteries in vape pens, or the miniaturization of microchips, or the advancements in material sciences that led to things like closed loop extraction. Yes, there’s never been a better time to partake, but it’s also led to a rise in black market products because the Federal government still classifies marijuana as a dangerous drug with no medical benefits. The black market hasn’t just kept selling flowers, however, it’s taken a page from commercial growers and introduced new products as well. The problem? They’re not regulated, or tested, and that could mean you’re buying sub-optimal products, or even dangerous ones. But how do you know a vape cartridge is a fake?

First of all, the reason why states test marijuana isn’t just to hassle producers. It’s to provide consumers with information. Knowing how much of each cannabinoid is in a concoction makes it easier for consumers (and sellers) to know what combinations might be effective for each purchaser. You don’t want a heavy indica before a workout, and an uplifting sativa before bed might not help you sleep. Testing products makes them safer and more effective, and helps dispensaries provide the best products for their customers.

But since you don’t have a kit at home for testing what you buy, how do you know that what you’re using isn’t chock full of fillers and adulterants that could be harmful? We’ve seen some extreme examples of what can happen when people try to make their own vape juice. Illicit THC vape cartridges made headlines as they caused hundreds of illnesses and several deaths across the country. Honestly, the best way to make sure what you’re vaping is legit is to buy it from a legit source, aka your local dispensary. These are tested and tightly regulated, making it far less likely to contain harmful pesticides or cutting agents. In California, dispensaries have to show their licenses just like an elevator, so you should also make sure the dispensary is properly authorized.

It’s pesticides and cutting agents that will cause harm via dangerous illicit vape cartridges. While state safeguards exist, even packaging has been made up to look legit. California also requires a THC warning sign, but that’s easily copied onto packaging. But brands are waking up to these fakes, so they’re adding QR codes that detail the strain’s properties. If you scan one and it doesn’t match what the box says, there’s a dead giveaway of a fake. They might also have manufacturer stamps, to indicate authenticity.

Cutting agents may be more difficult to determine, but vitamin E acetate is believed to be at the root of the vaping illnesses that broke out in 2019. These are used to make the cannabis extract more liquid, making it easier to vape. Unfortunately, this means you’re smoking all sorts of junk except cannabis. Sticking to major brands with distinct packaging and full disclosure about testing and the contents are some good ways to make sure you’re not inhaling cutting agents.

Manufacturers and retailers are aware of counterfeit cartridges and they’re working on solutions. In some cases, they’ll put authorized sellers on their website. If you’re buying cartridges below what you can get them in a dispensary, that’s usually a red flag. Also, check the packaging and the manufacturer’s website to see if what you’ve got is legitimate. The FDA and legal cannabis companies have a vested interest in making consumers’ safer, but it also takes awareness from consumers to check what they’re buying.