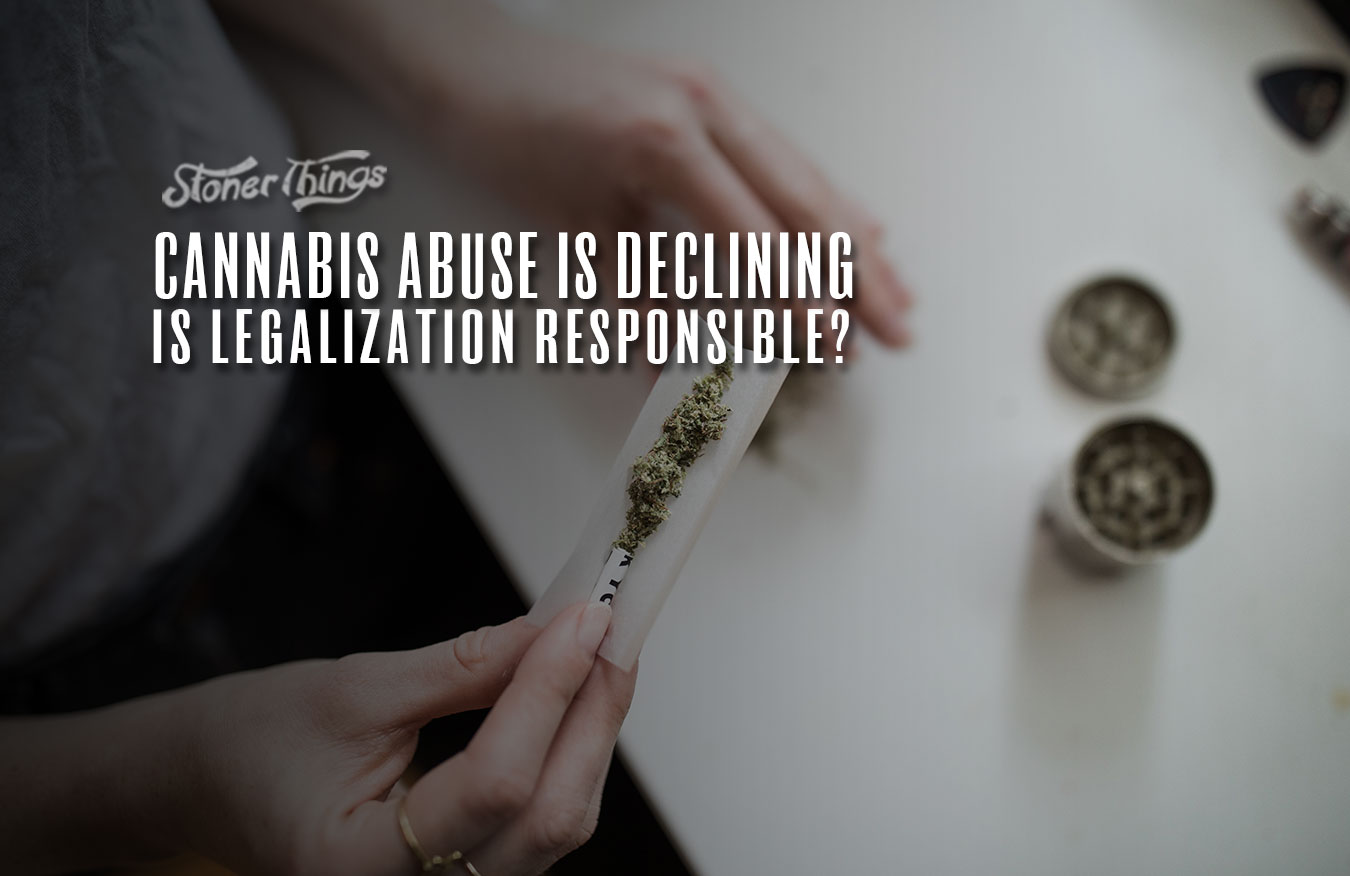 While cannabis is not an addictive drug in the same sense as heroin or cocaine, there is such a thing as Cannabis Use Disorder (CUD). It’s defined as “problematic use,” which can impact our obligations and interpersonal relationships. What researchers are trying to figure out is whether or not legalization has had an impact on those with CUD, or whether incidence rates are up. After all, the fear of prohibitionists was that readily available marijuana would just lead to more abuse. While they aren’t sure as to the why, there is a statistical case to be made that the opposite of those fears has instead manifested. The number of people showing evidence of CUD went down across all age groups over the 14-year study.

The journal Drug and Alcohol dependence published numbers that broke up respondents in the study into age groups, like 12-17 and 18-25 and 26 and older. A drop in CUD by over 25% was seen in every age group. The sample size of the study was over 22,000 people, and took data from the National Surveys on Drug Use and Health from 2002-2016. But, is legalization really behind the drop in “use disorder” or is something else at work?

The Diagnostic and Statistical Manual of Mental Disorders, Fourth Edition, defines “problematic” cannabis use as someone who can’t set and keep limits for consumption of cannabis, who can’t cut down, who spends an inordinate of time buying, using and getting over partaking of cannabis, and who keeps using even if it hampers their job or social obligations. While cannabis isn’t especially addictive, there are people who simply can’t regulate their use due to other factors, and it can cause problems for them. The research focused on those who consumed cannabis daily, but that doesn’t mean it’s being abused. The application of criteria by the DSM-IV for cannabis abuse were used to reduce those numbers down to just people with CUD. Again, those numbers dropped in the 14 years of study.

Yet researchers admit in the study that other factors are likely contributing to those lower numbers. Since part of the DSM’s definition includes “persistent or recurrent social or interpersonal problems,” it could be that more acceptance of cannabis in society has lowered the number of people who feel that their use is causing any problems. Further, as more people are turning to legal cannabis for wellness, that could have diluted the number of people who had an abuse problem. Changing social opinion may have also led to more people honestly answering the question on the survey, something the researchers admit is a possibility. Even so, the fact is that the concern that more people would develop a problem with cannabis after legalization appears to not be true.