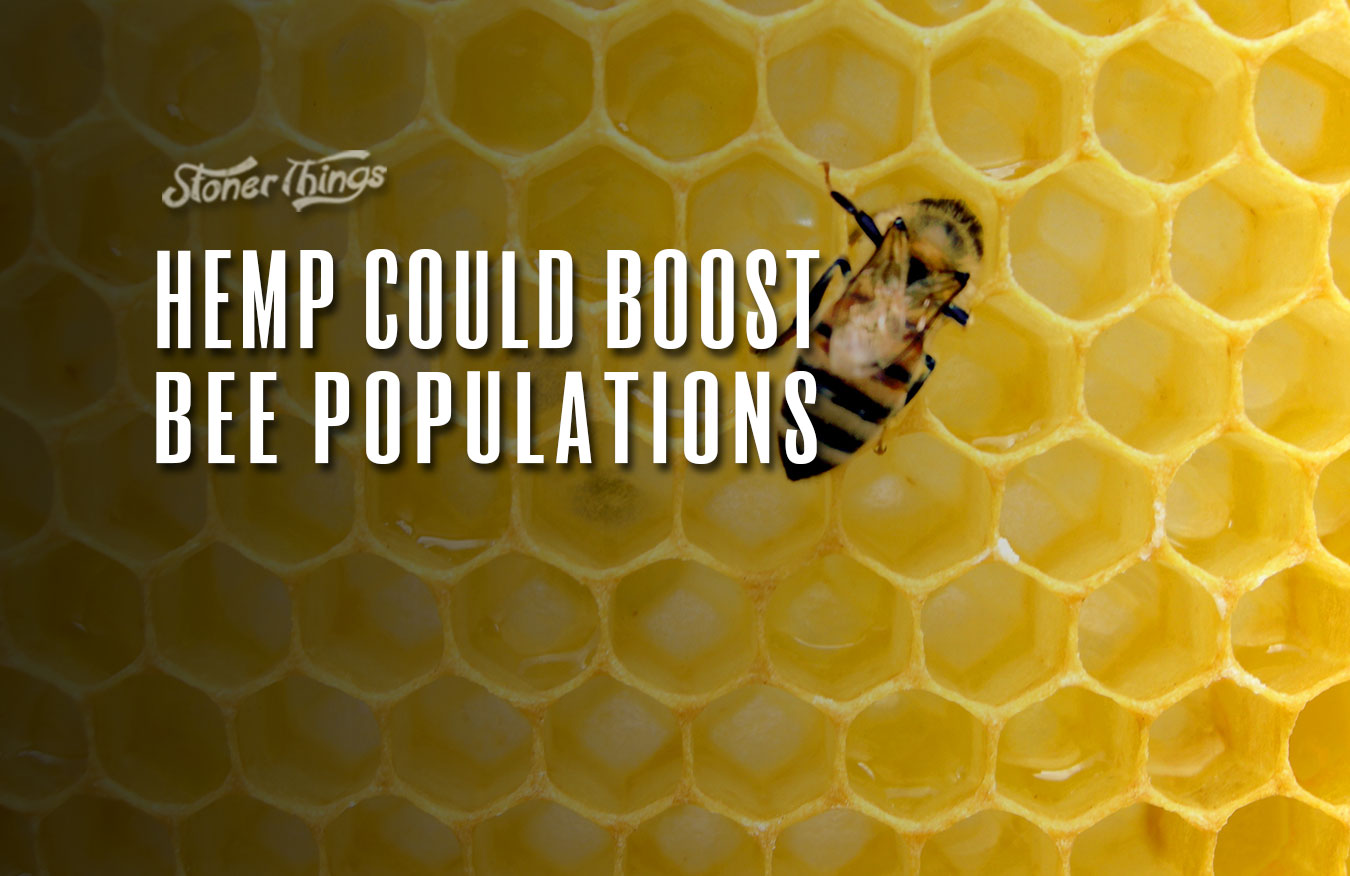 Bees are in trouble. Scientists have seen colonies collapsing since the mid-2000s, calling it Colony Collapse Disorder (CCD). In case you didn’t know, without bees, we are in big trouble. Yeah, nobody likes getting stung by a bee, but they play a crucial role in our ecosystem, especially our food supply. Besides, honeybees and bumblebees are kinda cute — whereas wasps and hornets are not. But even so, it’s preferable to get stung (unless you’re allergic) than starve to death, right? Once again cannabis comes to the rescue, maybe. A study finds that hemp plants could help increase bee populations that need a serious boost since CCD was discovered.

First, how bad can the problem be (no pun intended)? You’ve probably seen a bee or two in the past few years, so it’s easy to misunderstand how bad things are. A survey of beekeepers from 2015-2016 found that keepers in the USA lost 44% of their honeybee colonies — which is alarming, at least.

Remember that bees are pollinators and help our food grow. They don’t just pollinate veggies and fruits that we eat, but also the grains that chickens, pigs and cows eat as well. Without bees, we won’t eat. Scientists have pointed to a number of problems contributing to declining bee populations, like pesticides, pests, even a lack of pollen availability overall. That’s why it’s been so difficult to boost their numbers — there is no silver bullet.

The study from Colorado State University says bees are especially hip to pollen from industrial hemp plants for a number of reasons. Hemp crops flower between July and September, which is when other farm crops tend to peter out. This low-pollen stretch helps bees keep building, and that continuous growth means more resistant colonies and ones that grow so big they have to expand to more colonies.

Also consider that industrial hemp is booming, as a business. After the federal government fully legalized hemp, which has THC content so low it doesn’t provide a high, the crop has been wildly popular across the country. States are seeing hundreds of new applications to grow the plant, and new businesses are popping up to take in all the hemp plants they can. Yes, hemp is also a source of CBD, which is another incredibly popular health and wellness product sweeping the nation.

All of this adds up to more pollen for bees, at times they need it most, in areas that already produce flowers and foods we need. While there’s still work to be done to shield the bugs from pesticides that contribute to colony collapse, pests and the like, we may have found a solution to the problem of dwindling pollen supplies with our good friend hemp.