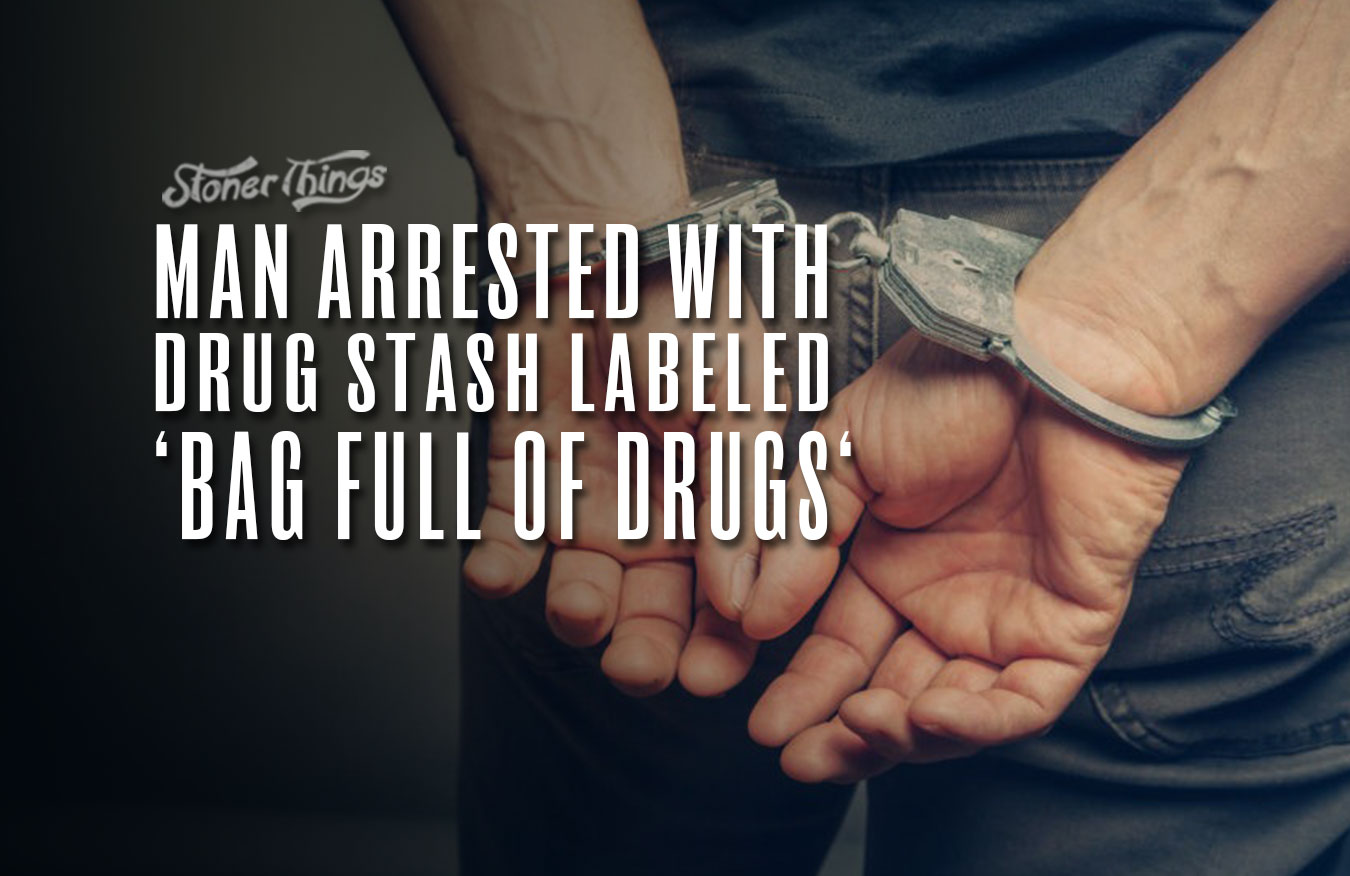 A staple of news has long been the “dumb criminal” — people who are dumber than your average crook. There’s also a notion called, “hiding in plain sight.” When these two concepts combine, you get a Florida man who thought he could stash his drugs in a bag clearly labelled “Bag Full of Drugs.” Actually it was two men carrying the bag in their car, according to the Washington Post.

Obviously hiding your stash in a bag so clearly labelled is a dumb idea and will arouse suspicions. Then again, K-9 units are readily available to all but the poorest districts, so making an announcement to “search me” is a quick way to call up a barking dog. In this particular case the drugs weren’t cannabis, but a cornucopia of chemicals including meth, GHB, fentanyl, ecstasy, cocaine and a bunch of paraphernalia.

If you ever watched the Fox series, Cops, you may have witnessed a plethora of idiotic criminal behavior, things that immediately raise the suspicions of law enforcement. The website Police One has a few sometimes-funny tells, including the time-honored tradition of hiding your stash in certain containers. The Crown Royal purple bag is one in particular, being used for carrying everything from grinders to crack pipes. Not that those are equivocal, just that the soft bags seem to be a handy carrying case for such things. No one wants a loose crack pipe just floating around in their purse, right? Then again, the site also lists “pissed pants” as an indicator, which seems rather obvious, doesn’t it?

One of the more famous carrying cases of late is the lockable carrying case seen in the HBO series High Maintenance. It’s a brilliant look at a weed dealer in New York, as the show brilliantly intersects a variety of city residents from dog walkers to raver retirees. The main character, known simply as The Guy, carries his wares in a backpack because he bikes everywhere. In that backpack is a lockable case with flowers and concentrates of all sorts.

The lockable case is of course a worthwhile investment, but there’s no guarantee it will stop K-9 units. Another common item found in head shops are hidden containers. These are containers that look like other things but have hidden chambers to hide whatever illicit substances you may wish. Even in states where weed is legal there might be reasons to have such a container. They come in a wide variety, too, like beverage cans, snack cases (Pringles are a popular version), hairbrushes, lubricant (not the sexy kind), or books. These also won’t stop a K-9’s sense of smell, but may be enough to wave off the casual cop flashing a light in the car.

Still, common sense should prevail. Don’t store your drugs of any kind in a bag labelled Bag Full of Drugs unless you’re willing to invite scrutiny from law enforcement.