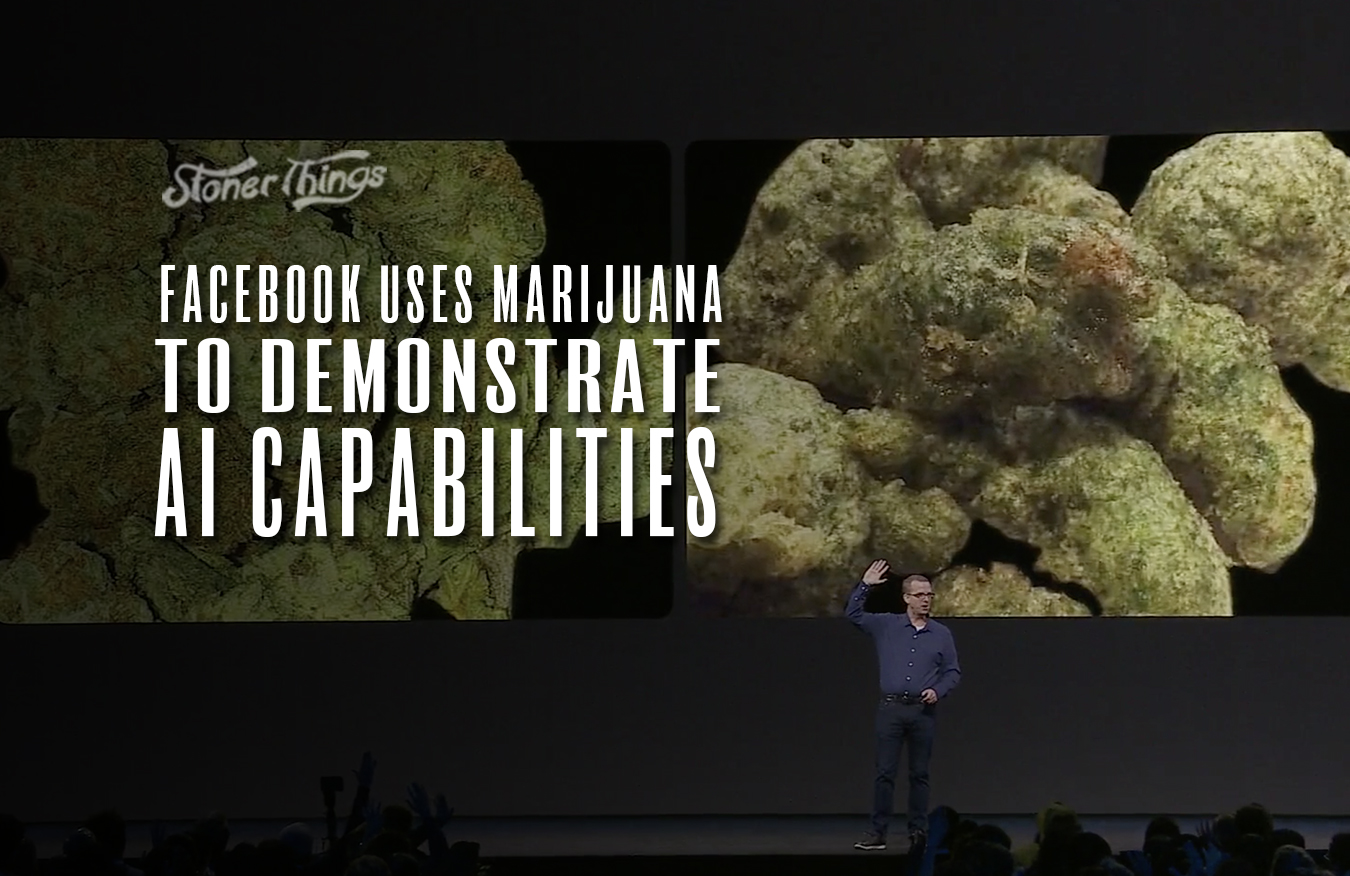 Facebook’s platform has grown to a point where it reaches billions. That’s comparable to the world’s largest broadcast platforms like CNN. As a result, enforcing rules on content posted on Facebook has become a challenge as there simply aren’t enough humans to do the job of gatekeeping. That’s where the company has continuously worked to improve algorithms to catch and block prohibited content. Unfortunately for cannabis growers and distributors in states (and countries) where it’s legal, that means blocking all ads for anything related to cannabis consumption. Recently Facebook showed off a new tool that could distinguish between marijuana flowers and tempura broccoli. But as legalization spreads, will Facebook loosen its rules? And how has this impacted products like CBD, or advocates for legalization?

Obviously AI is becoming a part of our daily life. Whether it’s your phone telling you how many minutes it will take to get to work each morning (without you asking), or predictive analysis of climate change, AI is being used to assist in places where humans cannot. And in this case, it’s being used for spotting marijuana plants on Facebook. At its annual developer’s conference, the company showed two photos: one of some lovely marijuana flowers and the other of some batter-fried broccoli. The AI was able to tell which was cannabis with 94% certainty. It was confident the picture of broccoli was indeed broccoli with about 88% assurance. So what? Well, previously the company had relied on more primitive methods of flagging prohibited ads for marijuana, including “sites that had acted badly before” and keywords like “pot” or “weed” — pretty simple stuff.

In case you didn’t know, all cannabis ads are forbidden on Facebook because it is still illegal at the federal level. Previous attempts to flag content, however, had frustrated advocates for change as mentions of the plant were being flagged, causing legitimate pages to be shut down. But AI is supposed to be more effective at “gray area” decisions, and discerning between an advocate for legalization versus a dispensary selling cannabis would be an obvious case. The hope is that Facebook will allow discussion while perhaps loosening some restrictions on legal sales in specific places.

Unfortunately, as Marketwatch reports, Facebook has decided to keep its global ban on any promotion of pot sales. This includes accessories, but also marketing efforts by any cannabis culture entities. Political groups already have a gauntlet to cross before they can achieve legitimacy on Facebook, and that’s something the company has been especially touchy about in light of how the platform was gamed in the 2016 election cycle. But this continuing hard line on marijuana in particular is a bit unfortunate for anyone looking to increase awareness of its products.

Still, there has been some progress. CBD products are allowed, and posts and ads for cannabis seeds, and some accessories (like bongs or rolling papers) will be allowed. According to Facebook, which considered several different types of ad allowances, the patchwork of rules and regulations around cannabis plus the continuing Federal prohibition, made it too difficult to apply a policy opening up more ads for cannabis merchants. Perhaps in time, as laws continue to change, Facebook will change its mind again.