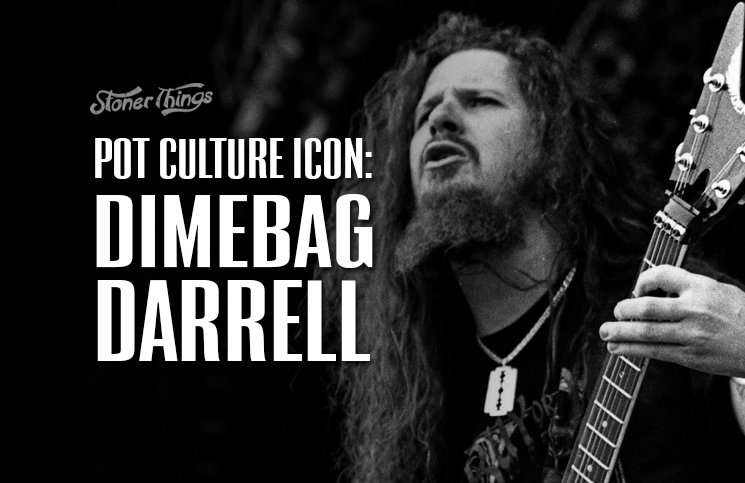 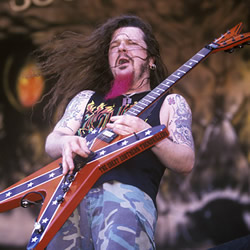 When I was fresh out of high school, there was one rock group that was simply higher than the rest, and they didn’t fit into the category of stoner rock. The group was Pantera; the original Cowboys from Hell. They were proud to be southern, loud, heavier than a ten-ton hammer, and they loved to smoke weed. In fact, for a period in time, their battle cry was, “smoke weed!” It was at that point during their electrifying live performances that the crowd would bombard the stage by throwing joints. The singer, Phil Anselmo, would start picking up the joints, mumbling into his microphone, “cool…smoke…”

Their guitarist, Dimebag Darrell, was always at the forefront of the “smoke weed!” period in the history of Pantera. His love for whiskey and weed was second only to his love for writing guitar riffs capable of ripping the face off of us mere mortals. Pantera was loud, obnoxious, opinionated and heavy as hell. They didn’t care who or what stood in their way.

A love for heavy metal and weed 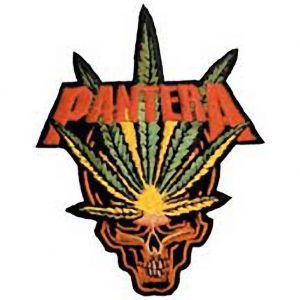 Some would consider this at odds with the weed-smoking mentality of being laid back and mellow. And perhaps they’d be right. But as with everything in this world, there are always exceptions to the rule. For their “Strength Beyond Strength” tour, their backdrop was a huge marijuana leaf with the word “Pantera” under it. They may have been the heaviest group ever to use the image of the leaf, and they were at their heaviest musically during this time.

Of course, all good things come to an end, and this time Pantera was not an exception. The group disbanded a few years after the height of their popularity.

Dimebag Darrell was murdered on stage in 2004 while touring with the group he formed after Pantera split ways. He was a clown of sorts. Never sober, never reserved, long pink beard, almost every aspect of his short-lived career was wild and unpredictable. But rest assured, he was high as hell when he died. And I take comfort in that.